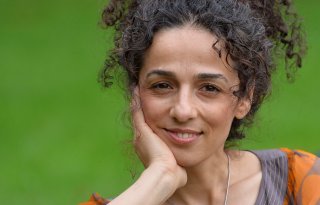 An Iranian intelligence official and his three assets were charged by federal prosecutors in New York with plotting to kidnap a prominent dissident and journalist, the Department of Justice (DOJ) alleged in a forty-three-page indictment unsealed on July 13. Masih Alinejad, a recognized opposition activist residing in Brooklyn, confirmed she was the target of this plot in interviews and on social media.

According to the indictment, this scheme was part of a wider plan to draw three Canadians and one individual in the United Kingdom to Iran, possibly via a maritime evacuation. The DOJ identified the Iranian suspects involved as Vezerat Slimi, Mahmoud Khazein, Kiya Sadeghi, and Omid Noori. A fifth defendant was arrested in California for financially contributing to the kidnapping scheme.

Alinejad, a longtime women’s rights activist and writer, has worked fearlessly to pivot public attention toward the Iranian regime’s abuse of women and compulsory headscarves policy. In response to her rhetoric, the Iranian regime unleashed a social media campaign last August encouraging her abduction. The deputy head of Tehran’s Judiciary Committee, Ebrahim Rezaei, even urged the country’s intelligence services to kidnap her.

Alinejad is not the first dissident to be pursued by Iranian agents overseas. In the past, Tehran has seen success luring opposition activists from the United States and Europe to await punishment in Iran—typically imprisonment or even execution.

The fall 2020 kidnapping and execution of journalist Ruhollah Zam highlights the regime’s ability and willingness to export its state-sponsored terrorism abroad, openly defying international law. Zam, a journalist living in exile in France, was detained after traveling to Iraq in October 2020. Iran accused Zam, who ran a popular network on Telegram containing anti-government news, of inciting the 2017-2018 mass protests that swept the country. Zam was executed two months later.

A similar pattern played out with the abduction of Jamshid Sharmahd, an opposition activist based in California who was abducted by Iran while visiting Dubai in 2020. The regime accused Sharmahd of planning a 2008 attack on a mosque that killed eighteen people. Sharmahd’s family vehemently oppose this accusation, insisting their father was merely a spokesperson for the California-based militant opposition group Iran was targeting.

Iran’s defiance of international law and overreach beyond its borders is almost routine at this point. The regime’s willingness to conduct acts of terror externally, including abductions, demonstrates it honors no boundaries. By referring inquiries on the Alinejad kidnapping case to the Department of Justice, the Biden administration is dismissing this state-sponsored policy as a law enforcement issue.

As the expected seventh round of U.S.-Iran negotiations in Vienna approach, an uptick in malign Iranian behavior is probable. In addition to unlawful abductions, Tehran has escalated its terror activities vis-à-vis proxies in recent months. Iranian militias in Iraq, Syria, and Yemen have repeatedly targeted U.S. assets and military personnel in coordinated drone and rocket attacks.

The Biden administration should address Tehran’s state-sponsored policy of abductions and regional acts of terror in the upcoming negotiations. If the White House can’t hold Iran accountable for acts of terror beyond its borders, it is unlikely to ensure any meaningful nuclear concessions.