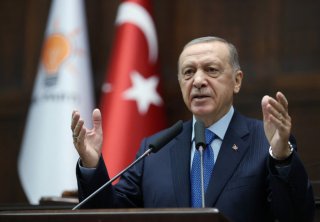 Turkey is rapidly declining as a functioning state, and few in the country’s political elite seem to care. It has gone from being an imperfect democracy to an autocratic wasteland, and although President Recep Tayyip Erdogan can largely be blamed, he is not the sole facilitator of this tragic decline. Turkey’s opposition, the so-called “Nation Alliance”—a coalition of six political parties—is greasing the rails for Erdogan, ensuring that Turkey’s autocratic turn is likely to become institutionalized.

Sometime before June 2023, Turkey is required to hold presidential and parliamentary elections. Erdogan is running for a third (unconstitutional!) term as the country’s chief executive. To that end, he has begun to mobilize all resources available to him to ensure a seamless victory. On October 16, he ratified a parliamentary bill which critics have decried as a “censorship law,” or in the government’s parlance: “disinformation law.” Under its provisions, the state is now empowered to remove any content on media platforms, if the judicial authorities deem it to be against the public interest. The law’s provisions are so widely applicable and ambiguous, that any prosecutor can require social media, as well as conventional media platforms, to remove content or risk being fined. Critics fear that the law will be widely used to imprison scores of dissidents who openly defy the government. Moreover, the all-powerful “Directorate of Communications”—Turkey’s version of a state ministry of propaganda, that is directly attached to Erdogan—maintains a vast secretariat. Run by the maniacal Fahrettin Altun, the government agency will likely deploy an army of digital content observers to target dissidents across Turkey and perhaps beyond. In the short term, the law is likely to frighten individual citizens into self-censorship and prevent them from posting and/or re-posting any content that is critical or offensive to Erdogan. I know this because friends have already reached out to other colleagues and me stating “please keep speaking up about what’s going on inside Turkey, but we may not be able to re-post it, as we are more afraid than ever.”

It is clear why Erdogan wanted this law passed: to instill fear and control information flows. What is unclear is why Turkey’s political opposition is sitting around and twiddling its thumbs. During parliamentary deliberations, the main opposition Republican People’s Party did virtually nothing to prevent the law from being passed. Yes, in the end, they could not have prevented its passage as they lack a parliamentary majority. However, Kemal Kilicdaroglu, the leader of the CHP, was not even in parliament. Instead, he was in Washington meeting with students and intellectuals and seemingly touring the mid-Atlantic corridor. For Turkey’s beleaguered opposition leader, there could not have been a worse time to schedule a visit to the United States and just bumble around. The incompetence, cowardice, and lackluster strategy (if you can call it that) of the Nation Alliance is bewildering. At the very least, the CHP and other opposition parties could have brought attention to the implications and provisions of the draconian law, generally making life for the governing Justice and Development Party uncomfortable. Alas, this did not happen.

This is only one recent development, however. The opposition alliance that was conceived to defeat Erdogan is basically playing a game of thrones. Past polling data over the last twelve months infused a false sense of confidence into the six parties: owing to high levels of inflation (83 percent at present), historical declines in household incomes, and visible levels of government corruption, all the opposition would have to do was wait for the elections, and Turks would vote Erdogan out of power. Since the inception of this mirage, the alliance members have not only failed to declare a presidential candidate but also failed to enunciate a political and economic platform. We have no idea what they intend to do should they attain the office. Insider information suggests that each of the political leaders is interested in two things: which party gets to lead which agency and who will land the presidency. Absent from these calculations is the glaringly obvious: given that polls are shifting back in Erdogan’s favor, why should voters choose the opposition? For now, and as things continue, undecided voters will be tempted to vote for Erdogan, holding their noses for one simple reality: Erdogan is the devil they know.

Moreover, the alliance appears to be fixated on nominating the person who is least likely to defeat Erdogan: Kilicdaroglu. Leader of the CHP since 2010, Kilicdaroglu has no victories against Erdogan. He is personable and kind, but that’s it. He is seventy-three years old, uncharismatic, and has little accolades that will convince voters that he can deliver an attractive, alternative future for Turkey. On the other hand, Ekrem Imamoglu, the young and energetic mayor of Istanbul is just about the most logical choice for president. Erdogan is scared of him, and for good reason. Imamoglu won the race for Istanbul not once, but twice (Erdogan annulled his victory at the 2019 municipal elections and forced a re-run, which he won by a larger margin). Furthermore, Imamoglu taunted Erdogan by conducting what appeared to be a campaign tour in the president’s own turf—Turkey’s Black Sea region—and was received enthusiastically by thousands. He has decent polling numbers and is an excellent campaigner. Will the opposition nominate Imamoglu? Likely not. Why? Because Imamoglu is feared by alliance members. They worry that in the event that Imamoglu becomes president, he will overshadow them and make them politically irrelevant.

An Erdogan victory in 2023 will solidify his hold on Turkey and will further institutionalize Turkey’s illiberal trajectory. It will result in the country becoming further cut off from democratic norms and its Western partners and aspirations. Erdogan knows and wants this; he has done very little to hide it. Turkey’s political opposition has a public responsibility to challenge Erdogan and provide voters with an alternate vision, but it has refused to do so. The opposition’s failure does not appear likely to change going forward. I am not holding my breath for 2023.