Turkey Is Still in Denial about Coronavirus 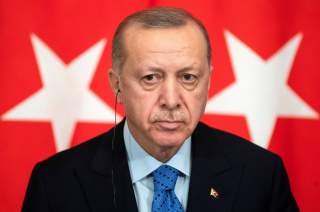 Disease can be a great leveler. Viruses do not differentiate between poor and rich, nor do they respect borders. That does not mean everyone fares equally. Healthcare matters. So too does government capacity. China’s default to secrecy led to hundreds if not thousands of unnecessary deaths. Ditto in Iran, where some of Iran’s revolutionary elite have already succumbed to the Wuhan coronavirus. While dictatorships fare poorly in the face of a pandemic, not all democracies distinguish themselves. Italy may be democratic, but its government is notoriously inefficient and ineffective. It surprises no one that it has fared worse than any other European country. Early Trump administration denial and bureaucratic bungling may have made the American outbreak far worse than it otherwise would have been. Simply put, when faced with pandemic, wishful thinking will never trump transparency and efficiency.

Turks should, therefore, be worried. Despite rampant coronavirus in Iran, continued trade and interaction cases reported in Iraqi Kurdistan, and an international airport hub which President Recep Tayyip Erdoğan inaugurated to compete with Dubai and Doha, Turkish Health Minister Fahrettin Koca has said no coronavirus cases have occurred in Turkey. While it is true that Turkey did stop at least passenger to and flights from China early, Turkish Airlines brags about its dozens of routes to Africa, flights created to cater for not only Turkish businessmen but also Chinese and Russian ones as well.

Accordingly, Koca’s insistence that Turkey has no coronavirus cases appear as credible as Erdoğan’s insistence that all the critical journalists he has imprisoned were actually legitimate terrorists, or former Iranian President Mahmoud Ahmadinejad’s denial that homosexuality existed in Iran.

Beyond the small number of neighborhoods favored by tourists, Istanbul is chaotic: Its population now surpasses 15 million. Corruption and connections often mean rampant construction occurs absent proper zoning, Shantytowns may be razed by new developments, but they simply pop up elsewhere.  Airlines may have stopped flights, but communal prayer continues. Nor does Erdoğan have any interest in containing the spread of disease in a prison system swelled to capacity by political prisoners. The Turkish Statistics Institute now says that 88 percent of Turks live in an urban area where the Wuhan virus might rapidly spread.

Erdoğan has always put himself and his family fortune first. To acknowledge the coronavirus outbreak will be to see Turkey return to recession, and condemn its currency to further collapse. Still, coronavirus will hit Turkey and, when it does it, Erdoğan’s early denials will make its impact on the country much worse. And, as with much which Turks have suffered recently due to Erdoğan’s ego—Islamic State terrorism, an embarrassing loss to Russia in Syria, and a decline in the rule-of-law—ultimately Turks will have no one but Erdoğan to blame.