Turkey Is Targeting the PKK’s Popularity in Iraq 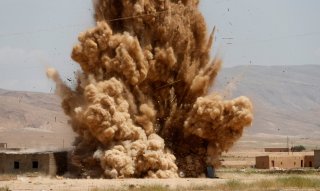 The PKK is no longer an entrapped group in the exiled mountains of Iraqi Kurdistan. In past decades, the rebels have developed an octopus strategy of spilling over into the Middle East. For instance, PKK-linked armed groups and organizations now dot the Middle East map, and extend into Europe and beyond. According to German intelligence, the PKK collects 25 million euros from sympathizers in Europe annually.

The PKK has fighters stationed in Sinjar and Makhmour that lay to the west of Erbil, Iraqi Kurdistan’s capital, comprising almost five percent of the KRI. In Syria, the PKK’s sister party, the Kurdish People's Protection Units (YPG), constitutes the core of the U.S.-backed Syrian Democratic Forces (SDF). Many YPG leaders and commanders were recruited in Qandil before moving to Syria, and the SDF’s current leader, Mazloum Abdi, was a member of PKK’s high command.

The insurgency has replicated itself in Iran by organizing the Kurdistan Free Life Party. It is one of the three main Kurdish political parties operating in Iranian Kurdistan. Its top leaders live right across the border in Iraq, where the group has formed close ties to the PUK. The party controls the security services of the Sulaymaniyah governorate and has close ties to Iran. The insurgents have gained the support of the Popular Mobilization Forces that constitute the core of Iraq's security services. PKK-linked fighters stationed in mount Sinjar, south of the Turkish border, are paid by Iraq’s ministry of interior. The PKK has also helped organize political parties in Iraqi Kurdistan, including the Movement for a Free Kurdistan Society which secured two seats in the Iraqi parliamentary elections of 2018, before later being banned.

Thus, the group and its offshoots control most of the inland territory lying south of the Turkish border. Turkish President Erdogan’s foreign policy of remaking the Middle East is being thwarted from the south by the PPK’s presence. Breaking this hurdle requires cross-border military operations that need the consent of regional and international powers. However, Turkey has failed to contain the group despite having the second most powerful military in NATO. This, in turn, requires the three-phased strategy of building a narrative that can facilitate its objectives through nonmilitary means. This is why Turkey has resorted to a systematic war of narratives against the PKK. However, it remains to be seen how Turkey’s three-phased strategy will unfold in the future.

Farhang Faraydoon Namdar is a researcher and journalist covering the Middle East, he was the former Editor in Chief of Birst Newspaper. He has translated books and articles including Fukuyama’s State Building: Governance and World Order in the 21st Century into Kurdish. Currently, he is a researcher at Gorran Movement/Iraq.