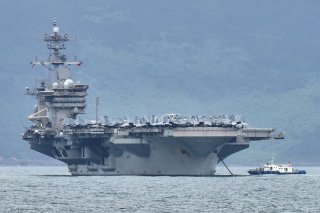 Iran’s strategy to secure its interests has shown that it is not necessary to dazzle the natives with fancy armored vehicles and weapons when some deals can be sealed for “a fraction of that cost” over a glass of tea. Even those who are fiercely critical of Iran’s policy in the region have likened the late IRGC Commander Qasem Soleimani—the architect of the strategy—to an old uncle who came for a visit and asked about your family over a glass of tea and pistachios.

Iran’s considerable support for the anti-ISIS campaign in Iraq did not end the long-standing enmity between the two countries, but it has allowed its influence to grow within Baghdad. Despite widespread anti-government protests, Tehran’s influence in Iraqi affairs remains palpable and unwavering. In 2019, leaked cables reportedly revealed that Iranian intelligence officers had co-opted much of the Iraqi government’s cabinet, military leadership, and even tapped into a network of sources once run by the CIA. Beyond politics, historical business relationships, religious tourism and critical energy trade bind the two countries far more than the Iran-Iraq war of the 1980s might suggest.

Iran’s growing post-2003 influence in Iraq, as well as in Lebanon, Syria, Yemen, the Eastern Provinces in Saudi Arabia and Bahrain has fueled concerns over the formation of a so-called “Shia Crescent,” more akin to a “Shia Encirclement.” This crescent, they claim, draws on the sizeable Shia populations in the Middle East to help enable Tehran’s agenda to consolidate control over the region. Tehran dismisses the notion of a “Shia Crescent,” calling it instead an “Axis of Resistance” against terrorism, Israel and foreign occupation. Whatever its geometric resemblance, this further amplifies the influence of Iran throughout the region.

Throughout the region, save perhaps Saudi Arabia and the UAE, Iran’s on-the-ground efforts leverage relationships, support, and solidarity but also coercion, intimidation and insurrection to expand its influence. It exports produce, electricity, oil and other goods necessary for daily life, whether air conditioners, currency or weapons. They provide guerrilla warfare training and supply militias with relatively low-cost ballistic missiles and other asymmetric tools which have proven efficient against the collective billions spent by the United States in Iraq or U.S.-allies Saudi Arabia and the UAE in Yemen. While none of this has been enough to solve these countries’ political or macro-economic problems, the Iranians have skillfully blended a strategy of “soft” and “hard” power to expand its influence, if not its suzerainty, throughout the Middle East.

Over the past four decades, the United States has pursued a Middle East policy once characterized as “gunboat diplomacy.” While its massive capabilities may have been appropriate at the time to defend the Persian Gulf from Soviet invasion, protect Israel, liberate Kuwait and deter Iranian hegemonic aspirations, the region is significantly different from earlier days. The United States, however, seems unchanged in its proportionality of engagement—predominantly military, highly commercial, somewhat diplomatic and less so humanitarian aid and assistance. It seems to completely overlook one of its most important advantages—media and aspirational communications, and the desires of most youth in the region to emulate Western “Instagram Lifestyles.”

And it would appear that the United States sees no reason to rebalance its engagement. While many talk about a U.S. military withdrawal from the Middle East as a near-certainty, downsizing in Iraq and Afghanistan will make little difference in the huge regional footprint in military infrastructure, defense sales, advice and assistance organization and mobile training teams. Many also warn about the danger of a vacuum left in the wake of a U.S. withdrawal, but that vacuum exists whether the United States remains or not. It is not a vacuum of military deterrence or strategic defense, but a vacuum created by the absence of significant diplomatic influence aside that provided by the U.S. military. This is a vulnerability, if not a liability, of U.S. militarism.

The Russians are relying on a soft power campaign that combines military and humanitarian assistance in exchange for access to warm water ports and energy markets. The Chinese are relying on a policy of mutually beneficial trade and genuine non-interference in internal politics. The Iranians are relying on a sense of brotherhood and ejecting the external invaders while blending “good neighbor” assistance with “bad neighbor” coercion. It might not make the Iranians popular, but they have made themselves indispensable.

Among the Russians, the Chinese, the Iranians and the United States, it’s yet to be seen who will win. It may be a single victor or an uneasy accommodation among the syndicates dividing up the spoils. They may fight economically but cooperate diplomatically. But regardless of how those countries collude or compete, without a fundamental re-examination and reformulation of the military-forward approach employed, the winner is unlikely to be the US.