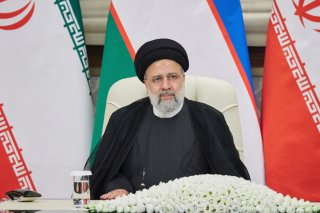 Last month, the U.S. District Court for the Southern District of New York agreed to hear a case brought by more than a dozen Iranian expatriates, including myself, against the current president of the Iranian regime, Ebrahim Raisi. If the case goes to trial or if Raisi refuses to defend himself and the court hands down a default judgment against him, it will be among the very first instances of legal accountability for a massacre of political prisoners that I very narrowly escaped in 1988.

Between 1981 and 1989, I spent more than seven years in prison as retaliation for the ongoing activism in support of the leading pro-democracy opposition group in Iran, the Mujahedin-e Khalq (MEK). Continued support for the MEK despite the regime’s crackdown was the justification for the 1988 massacre. It stemmed from a religious decree (fatwa) issued by the regime’s founder and first supreme leader, Ayatollah Khomeini.

The fatwa spurred the creation of “death commissions” in a number of localities that were tasked with interrogating political detainees to discern which of them were “holding onto their beliefs” regarding the MEK’s platform. I was in Evin Prison at the time of the massacre, which was one of two facilities under the jurisdiction of the Tehran death commission, the other being Gohardasht Prison. Those two prisons alone accounted for several thousand of the victims in a massacre whose nationwide death toll is estimated at 30,000.

While many of my fellow detainees were dragged before the Tehran death commission several times before ultimately being hanged, I personally stood in front of it only once. After that, I was held in solitary confinement until the massacre ended. Nevertheless, that singular experience was enough for the face of Ebrahim Raisi to be indelibly impressed upon my memory as one of the officials sitting on the death commission.

Testimonies by other survivors later confirmed that Raisi was the most ruthless and the most vocally committed to the mass executions. Raisi’s role is very much a matter of public record. When he was put forward as Supreme Leader Ali Khamenei’s choice to be president, countless Iranians greeted the news with protests labeling him as the “Butcher of Tehran.” Their condemnation of the 1988 massacre was complemented by accounts of the crimes Raisi committed as head of the judiciary, especially his involvement in the crackdown on an uprising in November 2019, during which more than 1,500 peaceful protesters were killed.

The relatives of the 1988 massacre have been spearheading a movement to seek justice for many years. It is shocking that despite all of this there has been little effort by Western powers or international bodies to hold Raisi or anyone else accountable for unresolved crimes against humanity. It is even more shocking that Raisi is tentatively scheduled to deliver a speech before the United Nations General Assembly (UNGA) when it convenes later this month.

Raisi’s prospective attendance at the UNGA would only reinforce the impunity that was already demonstrated by being appointed president over the objections of countless Iranian citizens and expatriates. The pending lawsuit against the clerical regime’s president is a significant challenge to that impunity, but one that only has a real chance of succeeding if it is backed up by the policies of the United States, its allies, and the United Nations (UN) as a whole. Unfortunately, those policies have long tended toward appeasing the Iranian regime instead of holding it accountable for human rights abuses, terrorism, and other malign activities. This is why I will be joining a massive rally with thousands of other Iranians on Wednesday, when Raisi is scheduled to address the UNGA, to voice our outrage.

On the one hand, the plaintiffs in our case look forward to the prospect of Raisi being informed of the preliminary hearing now scheduled for November 15 after he arrives in the United States. But on the other hand, there is a real fear that the current administration, which is willing to grant Raisi a visa to attend the UNGA in New York, would most likely stand in the way of legal proceedings targeting such a high-profile official.

In the short term, a symbolic rebuff of Raisi by the U.S. government would be significant. Raisi should be denied a visa and barred from asserting his own legitimacy at the UN. Afterward, when Washington sees how well received that gesture is among the Iranian people, perhaps American officials will see fit to find other, more effective ways of finally holding Raisi and his fellow death commissioners accountable for the 1988 massacre and all their subsequent crimes.

Sheila Neinavaie, a Home Daycare Owner and Provider in San Jose, California, was a political prisoner for eight years in Iran.