What Forced Iran to Shut Down Its Only Nuclear Power Plant? 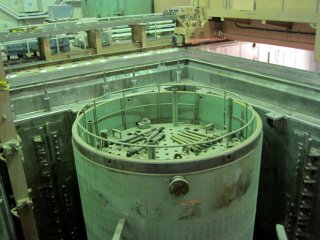 The Islamic Republic of Iran's only nuclear power plant was forced to shut down temporarily due to an unexplained "emergency." The plant, located near the southern city of Bushehr, was taken offline for repairs on Saturday.

"Following a technical fault at Bushehr power plant, and after a one-day notice to the energy ministry, the plant was temporarily shut down and taken off the power grid," the Atomic Energy Organization of Iran said on its website on Sunday.

It was the first time that Tehran had reported an emergency shutdown of the plant, which was reported to have been built with Russian backing as part of a nuclear nonproliferation agreement. Nuclear officials in the country had warned earlier this year that the U.S. sanctions on Russia, Iran's nuclear partner, could bring production at the plant to a halt. The Islamic Republic has been unable to procure the necessary parts and equipment since the sanctions took hold in 2018.

The Bushehr plant reportedly produces 1,000 megawatts of power. Iranian officials have also cautioned that there could be power outages as a result of the power plant shutting down.  Iran's national electricity company had called upon citizens to minimize power consumption during peak hours.

Construction of the nuclear power plant, which is on the coast of the northern reaches of the Persian Gulf, began under Iran's Shah Mohammad Reza Pahlavi in the mid-1970s. Following the 1979 Islamic Revolution, the plant was repeatedly targeted in the Iran-Iraq War. It was completed by Russia after years of delays and went online in 2011 and was only officially "handed over" to Iran in September 2013, NPR reported. Three years later, Russian and Iranian firms began building two additional 1,000-megawatt reactors at Bushehr, and construction was expected to take a decade –but has been idle since the sanctions went into effect.

Bushehr is also fueled by uranium that is produced in Russia. The plant is also monitored by the United Nations' International Atomic Energy Agency (IAEA). The IAEA has acknowledged being aware of reports about the plant being taken off-line but has not commented.

The Islamic Republic's Arab neighbors have expressed concerns about the reliability and safety of the plant and the risk of radioactive leaks in the event of a major earthquake – something that is possible in the quake-prone region. A 6.3 magnitude earthquake struck the city in April 2013. The city was shaken by a 5.9 magnitude earthquake in April, which reportedly caused no damage to the facility.

The plant sits near an active fault line, but officials have maintained it was built to withstand even a powerful quake. However, over the years, tens of thousands of Iranians have died in the massive tremors.