What a New Netanyahu Government Means for Israel 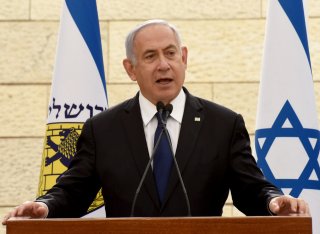 Locally, just as abroad, the Israeli general election on November 1 received the moniker “the fifth in three and a half years.” In the run-up to the vote and its immediate aftermath, far-right lawmaker Itamar Ben-Gvir received expansive coverage in Israeli and global media. However, while Ben-Gvir’s electoral success is indeed one of the striking features of the new Knesset, it remains unclear what concrete shape the new government will take.

The most straightforward scenario would be a “narrow right-wing” coalition with a relatively comfortable majority of around 65 out of 120 Knesset seats. Such a government would draw members from former Prime Minister Benjamin Netanyahu’s Likud as the largest party, two Haredi (strictly religious) parties, and Ben-Gvir’s Religious Zionism list, which encompasses three far-right factions. Nevertheless, in his five previous terms as a prime minister, Netanyahu has always strived to head broader coalition governments with members from the center or center-left. Therefore, Netanyahu could now try to somehow widen the composition of his team by appealing to possible defectors in the bloc that opposed him. Yet while the final composition of a new Netanyahu government remains unclear, the presence of Religious Zionism hardliners in it (likely with a whopping fifteen seats) appears to be a given, immediately prompting questions about Israel’s relations with its neighbors and global actors.

One party that, to an international audience, immediately comes to mind in this context is the Palestinians, even if they are usually not considered a matter of foreign policy by many Israelis. In any case, under a purely right-wing government, one may well expect more Israeli steps on the ground in the West Bank and East Jerusalem in the form of the increased and accelerated building of Israeli homes and the “legalization” of settlements and outposts that were built without Israeli governmental approval. However, the swift formal annexation of the West Bank into Israel, strongly supported by the Religious Zionism list, will likely run counter to Netanyahu’s aversion to risk. In September 2019, Netanyahu indeed promised to annex part of the West Bank, yet this was before an election—a clear attempt to secure a win in the polls. In the current context, with a victory in his hands, Netanyahu will likely make use of all his skills to find leeway and kick the can down the road. For ordinary Palestinian and Israelis, however, the impact on daily life risks being commensurate with the effects of the aforementioned steps on the ground (more terror attacks and confrontation), although any developments within the Palestinian Authority leadership or the intervention of outside actors could significantly accelerate and aggravate matters.

Netanyahu will likely also chart a very cautious course towards the Arab states with whom Israel has official relations. The morning after the election, a reassuring message was sent from Likud headquarters to the countries that recently normalized ties with Israel. Threatening the relationships with the United Arab Emirates, Bahrain, and Morocco over heightened tension between Jews and Arabs in the Levant would not only be contrary to Netanyahu’s risk aversion, but it would also mean the end of what he sees as one of his foreign policy brainchildren. Regarding the relationships with Egypt and Jordan, which have had official peace agreements with Israel for decades, the general principle of risk aversion also applies. Finally, save for fundamental changes in the region, no agreements are to be expected with Lebanon or Syria (which was engaged in serious negotiations with Israel in the past). The outgoing Israeli government’s recent arrangements regarding the Israeli-Lebanese maritime border were heavily criticized by the parties that won this week’s election.

Regarding U.S.-Israeli ties, much will depend on American domestic politics, especially the results of next week’s midterm election and the 2024 presidential election. It is hardly necessary to recall the display of apparently cordial relations and coordinated policy between Netanyahu and former President Donald Trump. Still, it has been pointed out that the more a new Israeli government counts on extremist voices, the less likely traditionally strong U.S. support for Israel will be able to stand, not in the least because of pressure from public opinion and civil society in the United States.

As for the European Union-Israel relationship, frictions have existed over Palestinian matters for some time. Recently, both parties saw an uptick in their mutual engagements after Israel joined the EU’s Horizon Europe scientific research scheme in 2021. Moreover, both parties held a high-level Association Council meeting last month. Still, the extent of the EU’s engagement with Israel has been the topic of continued debate, as concerns were voiced following Israel’s presence in Horizon Europe’s predecessor, and the Association Council had not convened for ten years. Also, less than two months ago, the former Israeli prime minister and current alternate prime minister of the caretaker government used his veto power to block Israel’s participation in the EU’s Creative Europe initiative because it—as per general EU policy—excludes from its application territories under disputed Israeli sovereignty. If an exclusively right-wing Israeli government takes power and pursues its stated objectives, antagonism between the EU and Israel will increase, and opportunities for dialogue will likely diminish.

The dilemmas for a new Netanyahu government are well exemplified by Danny Danon, who was elected as a Likud Knesset member last Tuesday and is a possible candidate for the foreign minister portfolio. Clear about his desire to annex parts of the West Bank into Israel, yet having served as the country’s permanent representative to the UN, he is well aware of the sensibilities of the international community. Nevertheless, while one seasoned politician or diplomat may be able to juggle seemingly opposed policy goals, the question remains as to the extent other governmental partners, and in particular, the different actors within the Religious Zionism list, will feel they are able to push their agenda. The future of yet another Israeli government may well depend on the actions they are ready to take.

Dr. Alexander Loengarov is a visiting fellow at the international and European law program at Vrije Universiteit Brussel (Brussels, Belgium) and a former official of the European Economic and Social Committee of the European Union. At Vrije Universiteit Brussel, he coordinated the first rounds of the EU’s Erasmus Mundus External Cooperation Window scheme for academic mobility with Israeli and Palestinian institutions. In addition to his thesis on the entanglement of politics and law in the issue of recognition of Palestinian statehood, he has published analysis for think tanks like the Washington Institute for Near East Policy and Israel Policy Forum, as well as opinion pieces on Middle East and Israeli politics for the Brussels Times.