Why Biden Should Not Give Aid to the Palestinian Authority 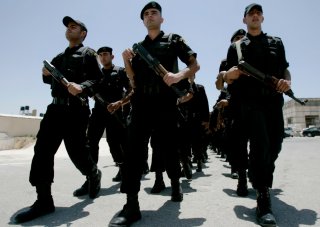 Perhaps the most perplexing of Washington’s bad habits is the knee-jerk regression of the newly empowered to return to the failed policies of the past. Both parties are guilty, and nowhere is this phenomenon more endemic than in America’s Middle East policy. In recent weeks, however, President Joe Biden’s administration has displayed an almost defiant opposition to recognizing the realities on the ground in the region. The Middle East has changed since Biden was last in office, and his policies should reflect the same.

For decades, the Palestinian Authority (PA) made the case that without American and international support, the PA would crumble, leaving Hamas, ISIS, or other terrorist organizations to usurp the supposedly moderate political leadership in Ramallah. Successive U.S. administrations accepted this flawed argument, particularly in the years after the disastrous 2006 Palestinian legislative election that briefly made Hamas leader Ismail Haniya the prime minister of the Palestinian Authority, which allowed Palestinian leaders to demand immediate and unconditional forgiveness for its most egregious sins: support for terrorism and rampant corruption.

The PA’s partner in crime in perpetrating this fallacy has been the United Nations Relief Works Agency (UNRWA). It too has argued for years that its efforts are indispensable to avoid a complete Palestinian collapse. And, like their PA accomplices, UNRWA demanded the world look the other way as they turned classrooms into breeding grounds for hatred toward Israel and violated international norms by bestowing refugee status upon every generation of Palestinians.

Accordingly, both the PA and UNRWA, therefore, are guilty of perpetuating the Palestinian conflict and making any chance of its resolution increasingly challenging.

The dire warnings of political and economic Armageddon in Palestinian-controlled territories did not come to pass when the Trump administration ended U.S. support for both entities. In the PA’s case, the American calculous was simple: end the policy of paying terrorists or the United States will cease providing aid. The PA chose the latter. For UNRWA, things were a bit more complicated since the UN already has a refugee agency, deeming UNRWA completely unnecessary.

Even though neither the PA nor UNRWA have changed their approach, the Biden administration has now sought to reinstate aid to these two corrupt and conflict-perpetuating entities. It believes ending the U.S. aid hurt ordinary Palestinians. But such a thin argument is fundamentally unserious. Propping up the very entities that have prolonged the conflict condemns the Palestinian people to a perpetual cycle of victimhood where terror is taught in schools and rewarded with dollars.

Certainly, President Biden and his administration understand that money is fungible. The result of aid restoration using American taxpayer dollars will effectively be the aiding and abetting of both Palestinian terrorism and UNRWA’s hate-filled indoctrination.

Sadly, the Biden administration’s approach, in which bad behavior is verbally condemned but financially rewarded, does not end with the Palestinians. In early April, Washington announced its intention to lift sanctions against International Criminal Court (ICC) officials who unlawfully extended their jurisdiction to the United States for its military conduct in Afghanistan, and to Israel for its response to the murder of three Israeli teenagers in 2014. The Biden administration lifted the sanctions despite their strongly worded statement objecting to the very actions that led President Trump to levy the original sanctions.

The Biden administration needs to stop rewarding Palestinian intransigence and support for terror. In addition, any international institution, be it UNRWA or the ICC, which does not advance peace and American interests must be dealt with accordingly. The White House, therefore, needs to reinstate the sanctions against the ICC and end all support for UNRWA.

Congress also has a critical role to play in keeping the Biden administration, Palestinian leadership, and international organizations accountable for the decisions they make. Ongoing holds on U.S. funding should be sustained until lawmakers are confident that laws, including the Taylor Force Act, currently on the books aimed at accountability and oversight for funding groups like the PA, are being appropriately enforced. Moreover, legislators should work to close loopholes the administration might be using to ignore current law and rollback years of thoughtful, bipartisan efforts to change the PA’s behavior and its international enablers’.

Foreign policy is often presented as highly complex, but the strategic foundations that lead to success are simple. Stand by your allies. Take measured action against your adversaries to change their behavior. Do not rely on the goodwill of bad actors. Do not reward bad behavior.

As the Abraham Accords showed, Arab-Israeli peace is possible. But only if America’s allies trust us, our enemies fear us, and the sense of entitlement amongst international institutions is confounded. Presently, the Biden administration is failing on all three fronts. The window may be closing, but it’s not too late to reverse course.

Sandra Parker is the chairwoman of the CUFI Action Fund.