Why Did Iran Want This Florida Man In Exchange For an American Veteran? (Think Herpes) 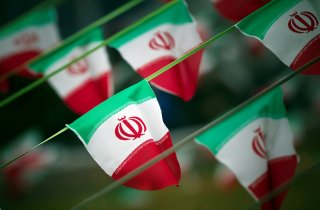 An Iranian-American doctor from Florida has arrived in Iran as part of an arrangement to free U.S. Navy veteran Michael White.

Another Iranian scientist, Sirous Asgari, was also deported to Iran last week as part of an unrelated case, although the Trump administration denies his role in any prisoner exchange.

Taerri had been arrested and charged alongside Iranian scientist Masoud Soleimani as part of a scheme to export medical research supplies to Iran. Soleimani was released in December 2019 in exchange for Xiyue Wang, a Princeton history researcher arrested for espionage in Iran.

Taerri, born Majid Taheri, had come to the United States in 1986 fleeing “political persecution” in Iran, his lawyer Steven Berne told a federal court. He then studied medicine and worked as a cosmetic surgeon at clinics in Florida and Georgia for several years.

Taerri’s nephew was one of Soleimani’s students at the University of Tehran. Soleimani is not related to Maj. Gen. Qassim Soleimani.

Taerri attracted the U.S. government’s attention in late 2015 after ordering e-coli bacteria derivative samples to his office in Atlanta. He told federal agents in January 2016 that he was shipping the samples to Iran as part of herpes vaccine research, according to court records.

Agents told Taerri during their meeting and in an April 2016 email that he would not be able to export scientific equipment or samples to Iran without a license from the U.S. Treasury, due to U.S. economic sanctions.

Taerri then flew to Romania in August 2016 with a Prostak Filter Module, used in biological laboratories, in his suitcase. Romanian authorities seized the filter as Taerri left for Iran.

Leinwand testified that the filter is regulated because it could be used for “for chemical and biological warfare purposes.”

U.S. Attorney Gregory Pizzo told a judge that it is “frankly irrelevant” whether “Dr. Taerri had an innocent use for these items” because of the way U.S. sanctions are structured.

U.S. officials sat on the filter for more than two years, before indicting Taerri on October 24, 2018. Authorities indicted Soleimani the next day as he arrived in the United States to begin a fellowship at the Mayo Clinic.

Soleimani was released in December 2019, but Taerri continued to languish in jail as he awaited sentencing. His lawyers asked the court to release him on bail in March 2020 when the coronavirus pandemic hit U.S. jails, as Taerri’s medical conditions put him at risk for the virus.

A judge granted the request in April.

Meanwhile, Iran was furloughing tens of thousands of its own prisoners to prevent the spread of the virus through Iranian prisons. One of them was White, an American sentenced to prison for posting a “private image” and insulting Iran’s leaders in 2018.

Taerri was sentenced to time served and allowed to visit Iran. Iranian foreign minister Javad Zarif lauded his arrival in a tweet referring to “Iranian hostages,” and Taerri received a red carpet reception in Tehran.

U.S. President Donald Trump thanked Iran for its role in the swap.

“Thank you to Iran, it shows a deal is possible!” he wrote in his own tweet.