Why Iran Fears Its Women 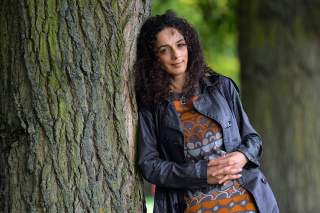 In late July, Mousa Ghazanfarabadi, the conservative head of Tehran’s Revolutionary Court, announced publicly that the Iranian regime had identified a new “hostile government” with whom interaction was henceforth banned, punishable by up to a decade in prison. That entity wasn’t the Trump administration, which has launched an escalating campaign of economic pressure against the Islamic Republic over the past year. That entity wasn’t Israel, which Iranian officials have blamed over the years for everything from promoting global homosexuality to using pigeons as nuclear spies. Rather, the target of the blacklisting was a petite forty-two-year-old Iranian-American activist named Masih Alinejad.

At first glance, Alinejad may not seem like a particularly formidable political adversary. Slight and demure, she is unfailingly polite in person and easygoing in demeanor—at least when she isn’t speaking about the Iranian regime. A former reporter who worked for reformist news outlets before becoming fundamentally disenchanted with clerical rule, her personal story is similar to that of many others who have chosen—or been forced—to flee Iran in the four decades since the 1979 Islamic Revolution.

But when it comes to social media, Alinejad is a bona fide powerhouse. Since 2014, her online movement, “My Stealthy Freedom,” has become a clearinghouse for photos, videos, messages and communiques from thousands of Iranian activists (mostly women, but also a growing number of men) protesting the Islamic Republic’s religious strictures. Through this campaign, Alinejad has turned into the most visible champion of a particular strain of grassroots activism that has taken root in Iran over the past two years.

At the center of this campaign is the hijab, the religious head covering that the Islamic Republic requires its female citizens to wear. Under Iranian law, a failure to do so in public can result in fines or short prison terms, and regime officials have enforced the rule (often arbitrarily) as a way of flaunting their religious credentials. The practice is exceedingly unpopular; an official study published last year by the Iranian Center for Strategic Studies, the dedicated think tank of Iranian president Hassan Rouhani, found that approximately half of all Iranians oppose compulsory veiling.

Not surprisingly, the anti-regime protests that began in Iran in late 2017 quickly evolved to incorporate these sentiments. The iconic photo of Vida Movahed, who removed her white headscarf on a Tehran thoroughfare in an act of public protest, quickly went viral, inspiring other Iranian women to follow suit. Over time, such acts of defiance have continued, despite the severity of the regime response. (Movahed was sentenced to a year in prison for her demonstrations; other people have received similar punishments, as have lawyers who advocated on their behalf.)

It would be fair to say that the outbreak of anti-hijab activism took Iranian authorities by surprise. But, says Alinejad, it shouldn’t have. “Compulsory hijab,” she notes, “is in the DNA of the Islamic Republic.” The veiling of women represents a fundamental component of the Iranian regime’s claim to power and religious authority, so rejection of the hijab is a logical part of any resistance to it.

Alinejad has helped provide an important outlet for this struggle. Via Facebook, Instagram and other social-media platforms, she tirelessly interacts with numerous activists within Iran and shares their messages and videos with the wider world. While these have long documented instances of public unveiling (and many still do), more and more now provide other examples of bad regime behavior—serving as a sort of public “naming and shaming” on the part of a populace increasingly outraged by the humiliations of clerical rule.

If Alinejad has anything to say about it, however, that’s just the start of the story. Her vision is to harness this discontent into a broader, crowdsourced anti-regime movement. As she sees it, social media and online organization have already succeeded in creating a framework for the empowerment of Iran’s increasingly restive population: the “silent majority” that hates the regime and seeks fundamental political change. That is a message she has communicated in numerous interviews with a broad array of media outlets, from the London-based Manoto television channel to the BBC’s Persian broadcasting service, as well as via her short weekly segments for the Voice of America.

These commonalities, she suggests, should serve as the basis for a broader movement that both unifies and amplifies the disparate strains of dissent now percolating within Iran. But to what end? The Iranian opposition, Alinejad observes, is currently fragmented and divided. It needs to think of “the day after” the Islamic Republic, and unify in pursuit of a common vision and shared goals, the most vital of which is the demand for free and fair elections.

Here, America could become the biggest supporter of Iran’s human rights movement—or end up being its downfall. Alinejad’s work has caught the attention of the White House, and back in February she was formally hosted by Secretary of State Mike Pompeo, who emphasized the Trump administration’s commitment to Iranians advocating for their basic human rights. But those words, she notes, have not yet been matched by concrete action. Human-rights issues were conspicuously absent from the twelve conditions laid out by Pompeo last year as prerequisites for normalizing diplomatic relations between Washington and Tehran, and they don’t figure at all in the administration’s current sanctions campaign against the Iranian regime.

They might never do so. The biggest fear of Alinejad and her fellow activists is that the Trump administration—despite its talk of “maximum pressure” on Iran’s ayatollahs—could end up cutting a deal with Tehran that completely ignores human rights. Indeed, President Donald Trump himself has said repeatedly that he is prepared to negotiate with the Iranian regime, and do so “without preconditions.” Should that happen, Iran’s clerical regime will surely be emboldened to crack down in earnest on its domestic opposition without fearing retribution from the international community.

In the meantime, the stakes in the anti-hijab campaign have gotten higher still. According to Alinejad, the July edict from Tehran’s Revolutionary Court hasn’t dampened the activism of Iranian women, who continue to send her videos and express opposition to the regime’s religious strictures en masse. Some have paid dearly for it. In early August, three women were sentenced by the same court to a combined total of more than fifty-five years in prison for the crime of “disrespecting compulsory hijab.”

For Alinejad, this eloquently proves her central point: that “the Islamic Republic is afraid of its women.” “The day that thousands of women take off their headscarves and burn them,” she insists, “is the day the Islamic Republic is finished.” Moreover, Alinejad is convinced that such a day is coming—and sooner rather than later. Whether the United States and its allies will be ready and willing to exploit such an opening, however, is another matter entirely.

Ilan Berman is senior vice president of the American Foreign Policy Council in Washington, DC. This piece is the third in a series of articles exploring the beliefs, ideas and values of different factions within the Iranian opposition. The first installment, covering the agenda of former Crown Prince Reza Pahlavi and his supporters, can be found in the National Interest’s archives. The second, outlining the worldview of the Mujahideen e-Khalq, can also be found in the National Interest’s archives.