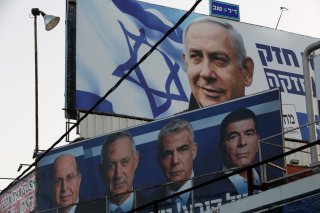 It is easy to misread the current dance between Israel and the United States regarding the nuclear negotiations with Iran as merely a replay of their quarrel during the months that led to the July 2015 signing of the Joint Comprehensive Plan of Action (JCPOA). The Biden administration seems as eager as the Obama administration was in 2014-15 to reach such an agreement. For President Joe Biden personally, it is indeed déjà vu. Beyond being vice-president at the time, Biden was a real partner to President Barack Obama’s efforts, privy to every detail of the debate regarding the pros and cons of the nuclear agreement. He attended numerous long meetings in the Oval Office, including sit-downs with Congressional and other opponents of the deal, and could recite all the arguments against it and the responses to these arguments.

As was the case then, this time around the EU is again leading the charge, now focusing on restoring Iranian and U.S. compliance with the agreement. But Russia is even more eager now than it was then; in the aftermath of its invasion of Ukraine, it is in search for any opportunity to escape its isolation and sanctions. The Kremlin is also desperate to purchase weapons that can help its stalled campaign in Ukraine. Iran, in turn, is happy to oblige: its attack drones have demonstrated their effectiveness in 2019, when the Houthis attacked Saudi Aramco’s oil installations, cutting off roughly half of Saudi Arabia’s oil production in one day.

As was the case in 2014-15, with the signing of a nuclear agreement with Iran nearing, Israeli leaders and public officials are expressing sharper and more public criticism of the agreement. Israel’s new prime minister, Yair Lapid, is said to have complained that Biden was violating his own promise to reach an agreement that would be “stronger and longer” than the JCPOA. The director of Israel’s Mossad, David Barnea, argued that given Iran’s unwillingness to resolve the International Atomic Energy Agency’s outstanding questions about its past nuclear activities, the current draft agreement rests on Iranian deception and lies. Israel’s National Security Advisor, Eyal Hulata, and Defense Minister Benny Ganz have rushed to Washington, DC in mid-August for meetings in the White House and the Pentagon, seemingly in an attempt to dissuade their American counterparts from giving in to Iran’s refusal to meet U.S. and\or Israeli demands.

Yet, It Is Not Déjà vu

The aforementioned similarities notwithstanding, the current Israeli-U.S. discourse regarding the pending nuclear agreement with Iran is anything but a repeat of the 2014-15 quarrel. The differences between then and now reflect not only different Israeli assessments and priorities, but also the dramatic changes that the Middle East has experienced in recent years.

Israel’s conduct during 2014-15 was based on two basic assessments. The first, strongly held by then-Prime Minister Benjamin Netanyahu, was that Iran’s possible acquisition of nuclear weapons would pose Israel with a truly existential threat, tantamount to Nazi Germany acquiring nuclear weapons in the 1940s. By contrast, most leaders and senior officials in Israel’s current government believe that while Iran’s acquisition of such weapons will pose very serious security challenges, Israel is a regional power possessing a wide range of options for dealing with such challenges. Among these many options is a more explicit deterrence posture, utilizing the country’s alleged “nuclear option.” Thus, in a recent event at Israel’s Atomic Energy Commission, Lapid made reference to his country’s “other capabilities,” praising the AEC’s ranks and leadership for insuring Israel’s survival.

The second difference is that in 2014-15 Netanyahu assessed that by mobilizing Israel’s friends in America, it would be possible to prevent the United States from signing the JCPOA. By contrast, most current Israeli leaders and senior government officials are convinced that Biden is determined to reach an agreement that restores the JCPOA and that he would be able to obtain the required internal consent for such restoration. The operational implication of these assessments is that any repeat of the 2014-15 efforts to sabotage the nuclear agreement with Iran is bound to prove not only very costly but also futile.

In 2014-15, the two aforementioned assessments led Netanyahu to pull all the stops in the efforts to prevent the signing of the JCPOA. This included a willingness to go behind Obama’s back and to arrange for Republican leaders to invite him in March 2015 to present his objections to the deal at a joint session of Congress.

In sharp contrast, Israel’s current government assesses that no pillar of their country’s security is more important than America’s continuous support of Israel. They further assess that such support would be seriously damaged by Israel becoming a partisan issue in the United States. Thus, Lapid stated on more than one occasion his determination to restore the bipartisan basis of America’s support by regaining the Democrats’ positive predispositions toward the Jewish state.

The Boundaries and Purpose of Current Discussions

These significant changes in the Israeli assessments and priorities are shaping the difference between current Israel-U.S. interactions about the JCPOA and their communications regarding this issue in 2014-15. Most importantly, current Israeli-U.S. discussions are conducted quietly and in an atmosphere of mutual respect. In this civilized interaction, it is inconceivable that Israel’s current government would go behind Biden’s back to launch efforts to sabotage the JCPOA’s restoration. Not surprisingly, when Barnea, Israel’s Mossad director, criticized the pending nuclear agreement in a recent off-the record but immediately leaked meeting with Israeli opinion makers—using language that seemed to cross the aforementioned boundaries—Lapid let it be known that he was not happy with Barnea’s remarks.

Even more important, the differences between Netanyahu’s assessments and priorities and those of Israel’s current leaders have led to a fundamental change in the purpose of Israel’s efforts regarding this matter in the United States: from attempts to prevent the Obama administration from signing the nuclear agreement and to persuade President Donald Trump to abandon the JCPOA, to one aimed at reaching a set of understandings with the Biden administration regarding the required responses to possible nuclear and non-nuclear scenarios in the aftermath of the signed agreement.

From Israel’s standpoint, the most consequential aspect of the JCPOA in the nuclear realm are its “sunset clauses,” stipulating the various expiration dates of the agreement’s prohibitions. In this realm, it is important for Israel that clear understandings are reached with the United States regarding responses to possible Iranian violations of its commitment to refrain from developing nuclear weapons. What Israel seeks to avoid in this context is a repeat of the tensions it experienced in its relations with the United States after its 1981 bombing of Iraq’s Osiraq nuclear reactor, when the Reagan administration suspended deliveries of F-16 fighter aircraft to Israel.

More immediate are Israel’s concerns about the agreement’s non-nuclear ramifications, most importantly the likely consequences of its sanctions relief clauses. Aside from allowing Iran to resume its lucrative oil exports, the agreement would provide Tehran instant access to as much as $100 billion of financial assets currently frozen in banks around the globe. These resources are expected to allow Iran to exponentially increase its support to Hezbollah, Hamas, and Islamic Jihad, and to broaden and deepen its presence in Syria. In this realm, Israeli and U.S. threat assessments converge, with the United States adding Iranian-backed militias in Iraq, Islamic groups in Syria, and the Houthis in Yemen to Israel’s list of “groups of interest.”

These non-nuclear threats of a restored JCPOA also comprise the common ground between Israel and a number of Arab states in the dramatically changed Middle East. Whether in the framework of the Trump-negotiated 2020 Abraham Accords or not, these states share with Israel a perception of Iran as a regional de-stabilizer. And with the Pentagon organizationally transferring Israel from United States European Command to the Central Command theater in September 2021, the latter now increasingly serves as a platform for Israel and these states’ defense and security services to coordinate tactically, operationally, and strategically their responses to the threats posed by Iran. Not surprisingly, Gantz, Israel’s minister of defense, began his Iran-focused visit to the United States last week in Tampa, Florida.

Backed by the United States, cooperation between Israel and the Gulf Cooperation Council states would make it easier to cope with the risks and threats posed by Iran—including those associated with a restored JCPOA. This different regional context, and the changes in Israel’s assessments and priorities since 2014-15, have converged to produce a very different Israeli discourse with the United States regarding the pending nuclear agreement with Iran.

Shai Feldman is the Raymond Frankel Chair of Israeli Politics and Society at Brandeis University’s Crown Center for Middle East Studies. In 2005-2019 he was the Center’s founding director. During 2019-2022 Feldman served as president of Sapir Academic College in Israel, located less than two miles from the Gaza Strip.