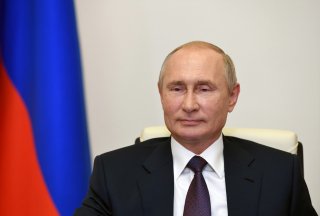 The United States has invested hundreds of billions of dollars in Iraqi security but increasingly faces competition for influence in Iraq from Russia. Moscow is playing a broad— though quiet— geopolitical game. What’s worse, this advancement has gone unanswered by top policymakers in Washington. Iraq is now led by a pro-American president and prime minister, Barham Salih and Mustafa al-Kadhimi. However, the Kremlin knows they are in a precarious position and will continue to quietly vie for influence in the country. In light of al-Kadhimi’s visit to Washington last month, and the importance of broadening the US-Iraq relationship, Russia’s interests matter.

In 2003, the Kremlin fiercely opposed the U.S.-led invasion that toppled Saddam Hussein, a brutal dictator who modeled himself after Joseph Stalin. Saddam’s ouster caused the Kremlin to lose strategic position in Iraq but also raised alarm bells about its own future. “The American-Iraqi conflict seems to have brought to light a [Russian] public demand that we regain our great-power status,” as one Russian analyst put it in April 2003.

Since then, the Kremlin labored to return to Iraq; more broadly, Russian president Vladimir Putin styled himself as a champion against perceived American diktat, especially after peaceful protests of color revolutions swept the post-Soviet space in the early-mid 2000s—Putin is convinced the US-orchestrated them to weaken Russia. In this context, Saddam’s execution in December 2006 deeply unnerved the Kremlin. Thus, Moscow’s interests in Iraq—not unlike elsewhere in the region— were always colored by pushing back against the US-led global order.

The Kremlin made some inroads in Iraq in 2008, after Vladimir Putin wrote off the most of Iraq’s Soviet-era $12.9 billion of debt in exchange for a $4 billion oil deal. In 2012, Lukoil and Gazprom Neft entered the Iraqi Kurdistan energy market. But Russian efforts accelerated in recent years, starting in 2014, when Iraq needed immediate help in fighting ISIS, and Washington delayed much needed military assistance. Moscow came through immediately, something many Iraqis remember to this day. Moreover, two years later, one of the biggest Russian delegations in years came to Iraq to build on these efforts and discuss further security cooperation. Over the years, more energy investments followed, both in Iraq and Iraqi Kurdistan, along with arms deals and other engagement.

Where We Stand Now:

Based on my conversations with Iraqis last year, many in Iraq continue to perceive Russia as a country that understands the threat of Sunni terrorism better than the West. This misperception perhaps highlights both the resilience of Moscow’s false narratives in the Middle East and the region’s susceptibility to them, in absence of a better alternative. In reality, of course, Moscow’s assistance is always about gaining influence; certainly, the Kremlin did not fight ISIS with any consistency and at times may have even strengthened it.

Of course, energy is a key sector for Kremlin influence in Iraq, and Moscow’s energy deals in the country began taking on a more strategic character in early 2017 when Russia’s energy giant Rosneft loaned  $3.5 billion to the Kurdistan Region Government (KRG) and signed a packet of additional energy contracts. The loan threw the KRG a lifeline and provided it a crucial degree of leverage vis-à-vis Baghdad, which wants control of the KRG oil sales, but now has to deal with Rosneft on this issue. The following year, Rosneft also bought a majority stake in the KRG oil pipeline to Turkey and agreed to construct a parallel gas pipeline.

For Moscow, energy is primarily a foreign policy tool; control of a pipeline holds long-term geopolitical implications, more so than pure profit. This is the primary reason Moscow is interested in control of Iraqi energy resources. Last year, total Russian investment in Iraq’s energy sector reached $10 billion, and early this year, Russian officials talked about tripling this number. Aspirations matter, as does public messaging, even if these numbers won’t become reality.

Still, Moscow’s connections in Iraq go beyond energy. According to Russia’s ambassador to Iraq Maxim Maximov, a total of sixty visits between Iraqi and Russian officials took place in 2019, “that is, on average, five delegations worked in Russia and Iraq every month,” as he put it in May this year. In addition, last August, Iraq (along with Lebanon) received observer status in Moscow-led Astana talks on Syria, which the Kremlin has used over the years to create a parallel diplomatic track on Syria to exclude the US and exclude genuine opposition against Syria dictator Bashar al-Assad.

But perhaps what has gone mostly under the radar is Moscow’s connections with Iran-backed Shia militias, which should be a special cause for concern for Washington, especially given Russia’s partnership with Iran in the Middle East. As early as April 2012, Kremlin chief propaganda outlet RT reported in Arabic that Sheikh al-Gharawi, representative of Shia militia leader and mercurial politician Muqtada Al-Sadr had been visiting Moscow.  Sadr and his militias had fiercely resistance to American efforts in Iraq; over the years Sadr styled himself as an influential politician who played all sides, a feature that likely appeared to Moscow that does the same.  Members of Iran-connected Hashd al-Shaabi militias had also traveled to Moscow in September 2019. Russian ambassador Maximov reportedly also met with a Hashd leader Falih alFayyadh this August. What is more, in private, senior Iraqis increasingly talk about Hashd’s connections with Moscow.

Moscow is also committed to pushing for influence in Iraq, despite the risks. When massive anti-government protests in late 2019 unnerved many Western diplomats, and some left out of security concerns, the Russian embassy remained open, while Russian foreign minister Sergei Lavrov toured both Baghdad and Irbil. As the current government formed in Iraq in the context of the protests, Moscow not only watched intently but worked towards securing influence and connections and continues to do so.

Certainly, Moscow is not lacking for contacts with the current Iraqi government. In May of this year, the Russian press reported that Mustafa Khadeimi invited Putin, through Russian ambassador Maximov, to visit Baghdad. Nor does the Kremlin miss an opportunity to insert itself whenever strains increase between Baghdad or Irbil and Washington.  For example, when tensions increased in the aftermath of US airstrikes that killed top Iranian general Qasem Suleimani, Russian and Iraqi officials discussed deepening military cooperation.

It is not that Moscow is about to descend upon Iraq and supplant the United States, or Iran for that matter. Rather, the Kremlin is quietly building influence in key sectors and is propping up anti-American forces in the country. And even as Moscow faces competition, it has grasped the importance of the geopolitical struggle for Iraq, at a time when Washington’s commitment has been ambivalent. At the same time, Moscow not only shows no signs of splitting up from Iran despite tactical disagreements but also continues to move closer to China, another actor making inroads in Iraq.

Iraq will hold an early parliamentary election in the summer or fall 2021, and if more-pro Iran forces win seats it would also allow for a greater opening for Moscow. Thus, the US should engage deeper in Iraq not only to ensure security and counter Iranian influence, but also that of Russia. Russian influence in Iraq will worsen corruption, ethnic and sectarian tensions, and contribute to curtailing of fragile and hard-fought freedom.

As US foreign policy pivots towards great power competition with Russia and China, Iraq matters as a strategic partner. The US has invested too much in Iraq and for too long to turn away now.

Anna Borshchevskaya is a senior fellow at The Washington Institute, focusing on Russia's policy toward the Middle East.