Why A U.S. Military Base in Iraqi Kurdistan is a Bad Idea 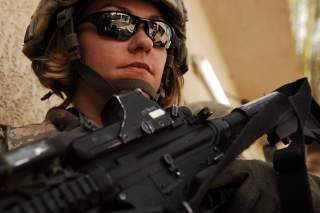 The State Department and Pentagon are naïve if they believe that Sunni buy-in would make their plan more realistic. The Sunni Arab community generally faces a capacity and credibility problem. To negotiate with figures in Jordan, the United Arab Emirates, or politicians who believe their path to power rests more in Washington and London than Ramadi and Mosul is to double-down on past mistakes. To look at Iraq—a concept of identity which has existed in Islamic literature dating back to the 13th century—only in terms of sectarian groups is to miss both the growing post-sectarian moment in Iraq and to ignore just how transitory ethnic and sectarian politics can be in Iraq.

Washington likes to panic, but time is on the U.S. side. Crises come and go in Iraq, and Iraqis move on. Recent history should show just how politically resilient Iraqis are. Forty percent of Iraqis were born after the 2003 Iraq war and are unwilling to accept kleptocracy or repression in the name of religion. The Islamic Republic, meanwhile, faces a looming transition which may not go smoothly. If Trump believes Tehran destabilizes the region, then the best recourse he can undertake is to stay. Iranian leaders fear not political reformists—they are essentially just the good cop to the bad cop represented by Supreme Leader Khamenei and Soleimani, but rather Iraqi political and religious freedom. This is why Tehran so desperately wants to force the United States out, and why ding so would be the greatest gift to the Islamic Republic since the French facilitated revolutionary leader Ayatollah Ruhollah Khomeini’s return to Iran on February 1, 1979.

This does not mean endless war; far from it. The U.S. military is doing a fine job in its partnership with both Iraqi and Iraqi Kurdish forces and should maintain that status quo. Diplomatically, the U.S. mission is a disaster, part of a broader post-Benghazi problem in which the State Department’s risk averse posture undercuts any ability to actually conduct real diplomacy. Economically, the U.S. has also fallen flat as it has not answered the Iraqi call to invest. State Department travel warnings raise insurance while diplomats themselves know little of the opportunities they could push as they remain bottled up behind high embassy and consulate walls. (Other embassies, for example, allow their diplomats to travel to safer neighborhoods with less unwieldy security and save the huge security footprint for dangerous districts or in response to specific threats). When it comes to information operations, the U.S. strategy is likewise dead on arrival.

Magic formulas and magic thinking are the bane of U.S. strategy. The State Department should resist its latest iteration and work to stabilize and liberalize Iraq rather than undercut it.