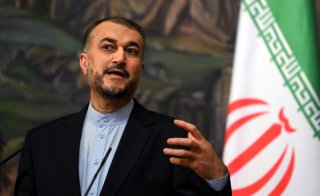 U.S. special envoy for Iran Robert Malley accused Iran on Tuesday of adding political conditions to the proposed nuclear deal between Tehran and the “P5+1” nations, potentially decreasing the likelihood of a renewed agreement as Iran’s nuclear program continues to make progress.

In an interview with National Public Radio, Malley claimed that the United States had offered a concrete proposal for a renewal of the Joint Comprehensive Plan of Action (JCPOA), the nuclear agreement that the two sides agreed to in 2015, before President Donald Trump’s unilateral withdrawal in 2018. Malley emphasized that the proposed plan included a number of steps, allowing Tehran to gradually return to compliance over time, with accompanying U.S. sanctions relief.

The most recent proposal was made during indirect negotiations in Doha, Qatar, with the mediation of the Qatari government. Malley said that the new demands had been added in Doha, saying that “I think anyone looking at this [the new Iranian demands] would be viewed as having nothing to do with the nuclear deal, things they’ve wanted in the past.” Although he did not specify what the new demands were, Malley argued that they had included measures that U.S. and European negotiators had specifically insisted would not be considered during negotiations.

U.S. State Department spokesman Ned Price concurred with Malley’s pessimistic assessment of the Doha talks, observing during a press briefing on Tuesday that “to introduce anything that goes beyond the narrow confines of the JCPOA suggests a lack of commitment, and that, unfortunately, is what the team saw once again in Doha.”

Iranian foreign minister Hossein Amirabdollahian disagreed, tweeting after a meeting with the European Union’s high representative for foreign affairs, Josep Borrell, that an agreement was possible “only based on mutual understanding [and] interests.”

“We remain ready to negotiate a strong [and] durable agreement,” Amirabdollahian continued, adding that the United States “must decide if it wants a deal or insists on sticking to its unilateral demands.”

As the United States and Iran have continued their negotiations, Tehran has steadily increased its stockpile of highly enriched uranium and is now thought to possess enough for a nuclear device, although Malley noted in the NPR interview that Iran has not shown any signs of attempting to construct one. “But we are of course alarmed, as are our partners, about the progress they’ve made in the enrichment field,” Malley added.