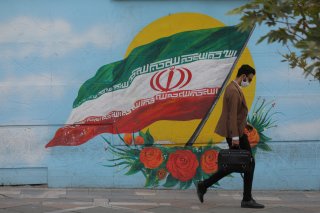 Last Thursday, the Trump administration slapped new sanctions on eighteen Iranian banks, signaling the latest move in its “maximum pressure” campaign against the Iranian regime. The most recent round of sanctions, occurring just a day before the UN arms embargo on Iran is set to expire, effectively prohibits Iran from accessing the U.S. dollar, the standard currency used in most international transactions.

According to a statement released by the U.S. Treasury Department, the banks in question were subject to sanctions under E.O. 16902, which permits the United States government “to identify and impose sanctions on key sectors of Iran’s economy in order to deny the Iranian government financial resources that may be used to fund and support its nuclear program, missile development, terrorism and terrorist proxy networks, and malign regional influence.”

Since the outbreak of the coronavirus earlier this year, opponents of the U.S. sanctions regime against Iran have voiced harsh disapproval of the Trump administration’s “maximum pressure” campaign, stating that the sanctions inhibit vital humanitarian aid to the ailing country. This criticism was only reinvigorated when the United States initiated proceedings to invoke the “snapback” sanctions at the UN back in September. In light of the latest sanctions on the financial sector, it seems those criticisms are only finding renewal within the press.

But this argument is dishonest. First and foremost, the U.S. sanctions regime against Iran has always included an exception for humanitarian aid, which prohibits sanctions from limiting food, medicine, and other humanitarian supplies. Though Iranian minister Javad Zarif often alleges that sanctions prevent the regime from being able to import life-saving medicine, as noted in recent reporting, the data does not support this assertion. Though European exports to Iran have dropped overall, pharmaceutical imports have remained relatively constant despite sanctions, year-over-year, reporting only a 5 percent drop between 2018 and 2019.

As noted last week in the Wall Street Journal, additional channels have been created to allow for the U.S. vetting of transactions to ensure that any financing genuinely is being directed towards humanitarian needs. The reasoning for such oversight is that the regime has a history of exploiting humanitarian channels to siphon off funds for its terrorism. As the State Department reiterated back in March, the Iranian regime managed to make $1 billion in medical supplies “disappear” in July of 2019 alone, while allowing another $170 million earmarked for medical supplies to be spent on tobacco.

But this behavior on the part of the regime should surprise no one. Last September, the U.S. Treasury Department announced that it would be sanctioning Iran’s Central Bank and National Development Fund after reports emerged that both were funding the militaristic terrorist arm of the regime, the Islamic Revolutionary Guard Corps. The nominal purpose of these two institutions is to serve the Iranian people, not the terrorist and hegemonic ambitions of Ayatollah Khamenei.

For those who declare that coronavirus times are different, even when the economy was tanking under the weight of sanctions late last year and protests were erupting across the country, the regime made no efforts to alter its spending or funnel money towards initiatives that might better the lives of its citizens. In fact, the protests themselves were largely a symptom of the regime’s failure to prioritize the needs of the Iranian people.

Indeed, Iran has devoted billions to developing missile technologies and its growing nuclear program, as well as cultivating its ties to murderous regimes and to terrorist proxies across the region, like Hezbollah in Lebanon and Hamas in Gaza.  Allegedly, Bashar al-Assad’s regime in Syria received close to $15 billion in aid from Tehran in 2015 alone, while Hezbollah remains on the Iranian dole to the tune of $700 million each year.

Given these spending practices and historical priorities, it is hard to envision a realm in which sanctions relief would be directed at anything meaningfully humanitarian. Until Iran reduces its funding of violent regimes and groups across the Middle East, those advocating for the lifting of sanctions would be wise to recognize that any benefit to be had would not to reach the Iranian people, but instead, would be squandered by the Iranian regime and its hegemonic ambitions. Without concrete assurances of how the money will be spent, assuming sanctions relief will line the pockets of Tehran’s worst characters.

Erielle Davidson is a Senior Policy Analyst at the Jewish Institute for National Security of America’s (JINSA) Gemunder Center for Defense & Strategy.