Zeal, Dogma, and Folly: How the Taliban Bungled Afghanistan 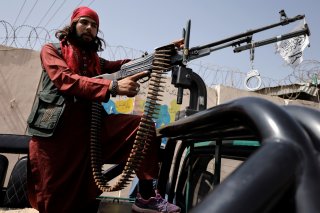 Editor’s note: In August, The National Interest organized a symposium on Afghanistan one year after the U.S. withdrawal and the Taliban takeover of Kabul. We asked a variety of experts the following question: How should the Biden administration approach Afghanistan and the Taliban government? The following article is one of their responses:

The U.S. decision to withdraw from Afghanistan extricated the United States from a worsening, unsustainable quagmire with no end in sight. It liberated U.S. intelligence, reconnaissance, and surveillance assets, special operations forces, and other highly valuable resources for employment in places crucial to U.S. geostrategic objectives, such as Ukraine and the Indo-Pacific. However, the speed with which the Afghan government and its forces melted down under the Taliban onslaught—reflecting years of profound misgovernance and waste of international support, as well as the venality and self-interested parochialism of the fractious Afghan political elite—meant that the Taliban felt few constraints on its rule. And the Taliban’s rule has so far been that of a revolutionary regime consumed by zealotry and the prevention of defections, mismanaging both Afghanistan and its external relations.

The counterterrorism picture in Afghanistan has worsened. That the Taliban—or at least its key factions, including powerful Acting Interior Minister Sirajuddin Haqqani—was willing to host Al Qaeda leader Ayman al-Zawahiri is merely the tip, albeit the most egregious part, of the iceberg.

Foreign fighters have been flowing into Afghanistan from the Middle East, Pakistan, and Central Asia. With the excuse that Afghanistan’s borders are porous and it lacks the capacity to stop the inflows unless the West helps provide border surveillance equipment, the Taliban has also been unwilling to stop the influx of foreign fighters. Doing so would alienate crucial jihadi sponsors in the Middle East and Pakistan on whose support the Taliban depends—amidst a tanking Afghan economy—to pay its own existing fighters. Tehrik-e-Taliban Pakistan (TTP), sometimes referred to as the Pakistani Taliban, has used its safe havens in Afghanistan to further increase its attacks against Pakistan, a trend well-preceding the Taliban takeover.

Moreover, visibly pulling back from the jihadi brotherhood—whether by not allowing foreign fighters or by publicly breaking with Al Qaeda, something the Taliban has never been willing to do—would cause factionalization within the movement.

The Taliban leadership’s single and dominant preoccupation, to which all decisionmaking has been subordinated, has been preserving unity and avoiding defections. All the more so because the Taliban’s principal on-the-ground rival, the Islamic State of Khorasan (ISIS-K), remains potent and would receive some Taliban defectors. The Taliban has been battling ISIS-K and has succeeded in decimating its rural presence at various times, but it has not been able to wipe out its urban cells.

The key question is whether the Taliban will be willing and able to live up to its promise not to allow terrorist attacks to be carried out from Afghanistan.

The Political, Social, and Economic Picture

Despite its promises of moderation, the Taliban has been ruling with tightening authoritarianism. Women have particularly suffered, with girls not allowed to attend secondary schools in most of the country, restrictions on women’s presence at workplaces, a head-to-toe covering again mandated, and a requirement that a male guardian accompanies women during travel. Moreover, freedom of expression and media have been severely curtailed, and journalists and protestors have been brutalized. The Ministry of Interior has been operating as a thuggish force to repress any voice of dissent against the Taliban-only exclusionary regime. And despite early declarations, the resurrected Ministry for the Promotion of Virtue and Prevention of Vice has been intrusive and aggressive in imposing and enforcing all kinds of social mores, such as beard length.

The Afghan economy, declining since 2014, has tanked. Western sanctions have meant that liquidity has been critically lacking. Economic output has substantially fallen, affecting everything from the financial sector and rural households’ coping mechanisms. Even though the Taliban regime has been able to improve revenue collection, poverty, affecting more than one-third of the population before the Taliban takeover, has risen dramatically. Western donors have been generous with humanitarian aid that is to bypass the Taliban regime through non-governmental organizations and go to the Afghan people, but famine looms on the horizon this winter. Without sustained financial liquidity and the regularized capacity of the economy to function, humanitarian aid merely suppresses one peak of economic crisis before another emerges.

Multiple cleavages and axes of division and alignment pervade the Taliban. Among them is the division between Taliban leader Mullah Haibatullah Akhundzada and the so-called sheikhs around him in Kandahar and several other key poles of power, such as the more internationally-oriented Mullah Baradar, Acting Minister of Defense Mullah Yaqub, and Sirajuddin Haqqani. Although chosen for his religious credentials and ostensible weakness as someone seen as unable to threaten other powerful Taliban commanders, Haibatullah has been able to rule with an iron fist, impervious to input from others within the Taliban and the outside. He has focused on the doctrinaire re-creation of the 1990s system of rule in Afghanistan, rejecting the validity of man-made laws, taking it upon himself to establish in Afghanistan a vision of sharia that harkens back to centuries ago and whose purpose is to prepare people for the afterlife. Thus, the more internationally-oriented segments of the Taliban, like Baradar, or those who care about ruling for decades, not just a few years (such as Yaqub and Sirajuddin), have not been able to sway the regime on reopening girls’ schools or other matters.

The National Resistance Front of Tajik and other opposition figures from the former Afghan regime remains feeble, unable to draw tribal support, and is performing far worse than many expected. The Taliban has effectively shut down even its low-level tactical efforts. The broader Afghan opposition is as divided and fractious as ever and hopelessly fantasizes about the possibility of a new U.S. on-the-ground military intervention, such as if a terrorist attack from Afghanistan takes place.

Just like the West, Russia, China, Iran, and Central Asian countries have been frustrated with the Taliban both on terrorism issues, such as foreign fighters and Al Qaeda, and social issues, principally restrictions on women’s education and minorities. (The loss of human rights, civil liberties, and political accountability does not bother these non-Western authoritarian countries.) Even Pakistan, the steadfast and decades-old sponsor of the Taliban, particularly the Haqqanis, has not achieved satisfaction on issues related to the TTP. No country has recognized the Taliban regime, but Russia, China, Iran, and others operate embassies in Kabul and verbally cozy up to the Taliban regime. However, they subordinate their frustrations with the Taliban to global power competition, eager to see the United States out of their backyard.

The immediate fallout from the Taliban’s sheltering of Zawahiri will likely be a U.S. pullback from engagement. The United States has adopted a very sensible and pragmatic policy of limited, cautious engagement, seeking to influence the Taliban’s stance on counterterrorism cooperation and social issues.

Appropriately, the United States has also attempted to figure out how to enable some liquidity inflows into Afghanistan while staying in legal compliance with sanctions and various U.S. lawsuits related to the September 11 attacks, such as by working through international financial institutions to deliver cash to an independent Afghanistan central bank. In what was inevitably going to be a complex, one step forward, two steps back effort, the United States has received little from engagement, and it is now likely to give the Taliban a much colder shoulder. The international community is also most likely to once again deny Taliban leaders the ability to travel, as urged by a group of former U.S. diplomats. But even this important signal will not alter the Taliban’s policies as long as the internal power balance between Haibatullah and others remains as is.

But isolating the Taliban, however emotionally satisfying, will not make the Taliban change its behavior either. Moreover, the likely terrible humanitarian situation this winter will necessitate some engagement.

The possibility of Taliban policy shifts can emerge if the power distribution within the Taliban changes, with the restorationists centered around Haibatullah losing power. This could happen as a result of Haibatullah’s death or an internal power reshuffle. Baradar, Siraj, and Yaqub are in line as some of the most likely successors, and they would eventually likely be far more pragmatic and responsive on social issues than Haibatullah and the sheikhs around him. However, Sirajuddin Haqqani has lost much of his already very limited credibility with the international community as a responsible interlocutor on counterterrorism issues. Will the Taliban come to understand that it will struggle to survive if it does not at least quietly provide counterterrorism intelligence and thus comes to face extensive international isolation? Or will it bank on the international community remaining too fragmented in its response?

Alternatively, the Taliban regime could simply implode and fragment into factions fighting each other in a civil war. The counterterrorism picture would likely be worse in such a civil war scenario due to even greater opacity and more limited actionable options. And the likely winner of years of bloodshed would merely be some constellation of the Taliban’s factions.