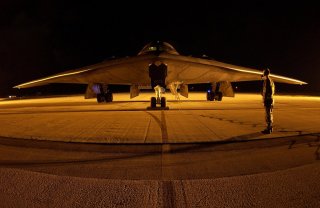 Here's What You Need to Remember: What if we had a stealthy strike bomber that could take off from aircraft carriers? In the mid-1980s, the Navy needed a replacement for the beloved-but-venerable A-6 Intruder.  Building on expectations about the progress of stealth technology, McDonnell Douglas developed the A-12 Avenger, a subsonic “flying wing” bomber that visually resembled a miniature B-2 Spirit. Combining stealth with the flexibility of carrier ops, the A-12 promised an unparalleled deep strike capability.  Even the Air Force expressed interest in the A-12 as a replacement for the F-111 Aardvark.