Americans Need a Demon, Even if it Isn't Russia 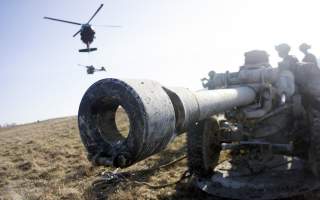 That the Russian government evidently hacked and leaked to influence the U.S. presidential election, and to influence it in favor of the candidate who is now the president-elect, is disturbing on multiple levels. The compromise to the integrity and independence of the U.S. electoral process is the most fundamental level.  President Obama and Senators John McCain and Lindsey Graham are right in seeing the need to investigate the matter further.

To see other possible repercussions, consider the fact that Russia is widely perceived in the United States, by many members of both political parties, as an adversary.  Although this year’s GOP nominee was the reported beneficiary of the Russian meddling, the Republican presidential nominee four years ago, Mitt Romney, declared Russia to be America’s primary geopolitical foe. So this isn’t just a matter of an ally preferring one potential partner over another. Whatever the Trump administration does regarding Russia will be under a cloud of doubt regarding the motivations. There will be somewhat of a parallel with the doubts about motivations that stem from Trump’s refusal to shed his worldwide business interests, with people understandably asking to what extent the president’s official actions will derive from U.S. interests or from Donald Trump’s interests, relationships, and personal debts.

To the extent that a U.S.-Russian adversarial relationship is tempered from the U.S. end—which otherwise can be a good thing, as far as international peace and stability are concerned—there can be consequences for other relationships commonly seen as adversarial. Americans have a strong Manichean tendency to perceive the world as divided simply and rigidly between friend and foe, between good and evil.  A Washington Post article described this tendency as especially exhibited by military officers who are senior Trump appointees, although it has roots in broader American history and political culture.  The less that Russia serves as an evil empire, the more someone else must fill the role of evil-doer.  Those general officer appointees are already well primed to see political Islam—and as far as states are concerned, Iran—playing that role.  They are so well primed in that regard that the United States getting into trouble with a new war in that direction is not out of the question.

What Romney specifically said during the 2012 campaign about international threats was that he saw the “greatest threat that the world faces” to be “a nuclear Iran,” and that Russia was the prime geopolitical foe because “it’s always Russia” that “stands up with the world’s worst actors” such as Iran and North Korea, especially in blocking action in the United Nations.  Things haven’t worked out that way at all.  Russia was a key player in negotiating the multilateral agreement that limits Iran’s nuclear program and blocks any path to a bomb—an agreement blessed by the U.N. Security Council.  The frictions with Russia in the last four years have had to do not with Iran or North Korea but instead with Ukraine, Syria, and military shows of force in Eastern Europe.  With Putin’s Russia now having interfered in the U.S. election, there may yet be a connection of a different kind between U.S.-Russian relations and U.S. policy toward Iran—although blowing up the nuclear agreement would only complicate the U.S.-Russian relationship.