Blame the Public, Too, for Ineffective Interventions 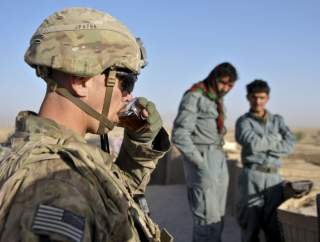 Christopher Preble has given us some interesting thoughts about foreign policy elites and the U.S. public and how the interplay of the two figures into bad foreign policy. He captures accurately some recent patterns of ends being ostensibly pursued without the means being employed to accomplish those ends. But in the course of criticizing elites he probably lets the public off too easily.

Preble and others have argued that leaders can sway the public more easily on national security matters than on domestic issues because members of the public have direct first-hand experience with what is working or not working domestically (e.g., a person has a job or doesn't have a job) while they lack comparable direct contact with the results of foreign policy. But the domestic-vs.-foreign distinction breaks down because having direct experience with the results of policy is not the same as having a good sense of what particular policies bring good results. In fact, the public often is woefully ignorant about the latter. What is good for an individual or family does not necessarily scale up into what is good at the level of national policy. Although fiscal restraint is good for family financial health, for example, in a time of insufficient demand it is bad for the health of the national economy (and for creating jobs). Yet many members of the American public mistakenly believe otherwise.

Certainly there are instances of determined elites getting the public to believe certain things so that the elites can achieve foreign policy objectives they have set for themselves; the launching of a major offensive war in Iraq in 2003 is an extreme example of this, just as it is an extreme example of some other things. But one can also easily point to examples of elites swaying the public in domestic policy as well. The Donald Trump phenomenon has partially unmasked what Republican Party elites have been doing for some time in this regard. They have helped to maintain a constituency by stoking some of the fears and attitudes that Trump is now expressing, while also encouraging the mistaken belief that they are pursuing economic policies that serve the interests of that constituency rather than the one percent—and then not delivering on that false premise, a fact that Trump also is exploiting.

The disconnect between ends and means in something like the application of military force to countering terrorism in places such as Syria is not primarily a matter of elites determining the ends and the public being stingy about providing the means. The primary disconnect instead comes from the public often being inconsistent and illogical when in comes to matching ends and means. Again, this arises in domestic as well as foreign policy, as in the frequently observed pattern of wanting to maintain popular programs X, Y and Z but not wanting to pay the taxes necessary to finance them.

If there are halfway and ineffective measures currently used against terrorism in Syria or elsewhere, that is not because the Obama administration has established an objective of defeating terrorist groups but is encountering public resistance in mustering the means to do so. It would be more accurate to say that the American public demands that a fearsome terrorist group such as ISIS be defeated—and so the administration has to accept that objective and to do something about it—while a president who takes a more sober and careful approach to assessing costs and benefits is trying to limit the drain on blood and treasure along the way.

Any public claim to having a higher wisdom than elites when it comes to resisting costly and unwise foreign interventions is vitiated by the public's inconsistency in mounting such resistance. The resistance tends to come only (as with now) from the fatigue of prolonged overseas commitments, or even more so after especially costly fiascoes such as the one in Vietnam.

Speaking of the Vietnam War, that is an example of how the misconceptions of elites and the public sometimes exist in tandem. They can arrive at a misconception together, without one necessarily leading the other. On Vietnam, misconceptions about falling dominoes and U.S. credibility being at stake were a widely shared conventional wisdom, not a Saddam-will-give-WMD-to-terrorists manipulation by a particular elite of the public.

There certainly is good reason to agree with Preble in believing that some who currently function as foreign policy elites in the United States should be retired. What President Obama is resisting in trying to limit expenditure of blood and treasure in a place like Syria is pressure not just from public fears about terrorism but also from what his aide Benjamin Rhodes would call the blob. But there is still plenty of blame left over to assign to the public.