On the Brink of War with Iran? 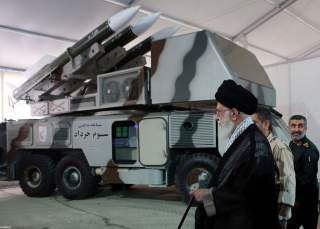 The “fog of war,” about which Carl von Clausewitz wrote, refers to confusion and lack of knowledge of what an adversary is up to on a chaotic battlefield. Currently, those promoting or welcoming a war with Iran are using a different kind of fog. It should be easier to see through the current war-selling fog than it was to see what was happening on smoke-filled battlefields of Clausewitz’s time. It only takes a little effort to do so. But that effort cuts against some common human tendencies, including inattention, fear and a desire for revenge.

Much of the current war-selling fog is remarkably similar to the selling of the Iraq War of 2003, in which the sales campaign depended on fear and an unthinking thirst for revenge after the 9/11 terrorist attacks. The apparent failure to have learned lessons from that blunder reflects another common human tendency, which is to focus narrowly on events of the moment while losing sight of context, background, and history, even recent history. The recent sabotage of tankers in the Gulf of Oman has led to a preoccupation with the question of whether Iran was the perpetrator—as if the answer to that question would provide a ready-made prescription for a policy response, which it doesn’t—with less attention to the more important question of why Iran might do such a thing. The clear answer is that Iran is responding directly to the Trump administration’s unlimited economic warfare campaign, saber-rattling and other aspects of its “maximum pressure” policy.

An analogue in the Iraq War case was the preoccupation with the question of whether Iraq had so-called weapons of mass destruction—as if the answer to that question should have been enough to determine the right policy toward Iraq, which it didn’t. Even if the Iraqi regime had possessed the feared weapons, the Iraq War would have been just as much of a civil war-inducing, region-destabilizing mess as it in fact was. (Actually, it would have been even messier and bloodier, because Saddam Hussein probably would have used such weapons in response to the U.S. invasion.)

An even more direct analogue with the selling of the Iraq War is the effort to associate the targeted regime with undisputed bad guys such as terrorists of the Al Qaeda ilk. Here the fog consists of playing upon confusion over what some “link” or “connection” between a group and a regime really means, no matter how nebulous or outdated any such connections may be. The makers of the Iraq War were so successful in exploiting this part of the fog that they induced a large proportion of the American public to believe that Saddam had been directly involved in the 9/11 attack. The would-be makers of a war with Iran evidently were so impressed with this success that they have copied this part of the Iraq War playbook almost verbatim. They also are using the issue to perform an end-run around Congress by claiming that a post–9/11 resolution authorizing force against Al Qaeda would apply to a war with Iran.

The use of this page of the playbook is just as fraudulent in the case of Iran as it was with Iraq. There is no evidence of Iran being an ally or operational partner of Al Qaeda or of offshoots such as the Islamic State. To the contrary, Iran has been a target and victim of attacks by such groups, including attacks in the heart of Iran. Iran has been the leading source of support to the government of Iraq in combating one of the more destructive ramifications of the U.S.-led war there, which was the emergence of the Islamic State.

Perhaps the most authoritative word on this subject is the word of Al Qaeda members themselves as recorded in declassified documents seized in the raid that killed Osama bin Laden. The documents date from 2004 through the week of the raid in 2011. The documents say nothing about any terrorist collaboration between Iran and Al Qaeda. They do say a great deal about antagonism and mistrust toward Iran on the part of the Al Qaeda members.

The specific story those members tell involves fleeing from Afghanistan to Iran out of “necessity” after the fall of the Taliban. Iranian authorities initially let them stay temporarily, under strict conditions that prohibited any communications with jihadists elsewhere. When the jihadists violated those conditions, Iran’s policy switched to one of arrests and deportations. The policy evolved further after the U.S. invasion of Iraq and the resulting rapid rise of Al Qaeda in Iraq, the group that under a changed name and different leadership became the Islamic State. According to the Al Qaeda record in the documents, Iran detained their “brothers” as a “bargaining chip.” Among the detainees were members of bin Laden’s family, held to put pressure on bin Laden himself. When Iran finally began releasing some of the detained jihadists in 2009, it was, according to the Al Qaeda account, because of the pressure the group exerted in return on Iran, including “the threats we made” and kidnapping of the Iranian commercial counselor in Peshawar, Pakistan.

Amid the fog of war-selling, contradictions get overlooked and individual assertions become part of the mix. Thus administration spokespersons can express with a straight face concern about Iran possibly exceeding limits of the same nuclear agreement that the Trump administration has itself blatantly violated and unremittingly trashed. The administration can both assert that sanctions have tamed aggressive Iranian behavior and claim that amid the current tensions in the Persian Gulf Iran is more aggressive than ever. And as Joseph Cirincione and Mary Kaszynski observe, today’s war hawks assert that “somehow Iran is so powerful that it is the source of all evil in the Middle East, yet so fragile that a small cruise missile attack on an Iranian civilian nuclear plant will cause it to crumble.” (Herein is another analogue to the selling of the Iraq War—if you liked that cakewalk, how about another one?)

And amid the fog, roaring illogic gets overlooked. When asked about Iran indicating that, after more than a year of the United States reneging on its obligations under the nuclear agreement, Iran may start exceeding some of the limits on low-enriched uranium, Secretary of State Mike Pompeo declared, “This tells you how flawed the deal was, right?” The absurdity of that statement—attributing to an agreement a problem that directly results from a U.S. assault on the agreement—is breathtaking. But devoid of any context about what led to the current state of affairs, and how the agreement in question was working fine before the administration set about to destroy it, an utterance like Pompeo’s probably will sway some ill-informed minds.

As noted earlier, it does not require much effort to cut through this fog. It is up to editorial boards, other opinion leaders, and especially the U.S. Congress to make that effort.