Congress and Attempts to Kill the Iran Deal 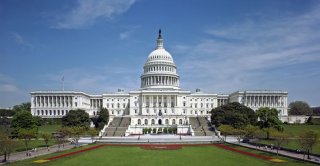 Those who want permanent pariahdom for Iran and thus oppose any agreement with the government in Tehran keep looking for ways to use the U.S. Congress to sabotage the deal that has been under negotiation in Vienna and would restrict Iran's nuclear program. A recent previous effort by the saboteurs was a bill that would have violated the preliminary agreement that was reached with Iran last November by imposing still more sanctions on Iran. That effort was beaten back, partly with an explicit veto threat by the president. Even more recently Senator Bob Corker, the ranking Republican on the Foreign Relations Committee, introduced an amendment that would have Congress holding a “vote of disapproval” within days after the negotiators reach agreement.

If something like Corker's proposal were adopted, the vote of disapproval would be exactly that, but based on the politics of the issue rather than on the merits of the agreement. Such a snap vote would allow little time for weighing the merits of the deal, or for alternatives to the agreement to be considered. It would allow no time for Iran to accumulate a track record of compliance with the full agreement. The political habits, among members from both parties, that would kick in when voting would be the ones that have been demonstrated time and time again with the parade of previous sanctions legislation. Bashing Iran is seen as good politics, and it is seen as “pro-Israel” (i.e., whatever the current government of Israel wants, as distinct from what is in the larger interests of the state of Israel). A vote against the agreement would be seen as bashing Iran, even though the agreement would restrict rather than expand what Iran could do with its nuclear program. As with any negotiated agreement, the deal will be a compromise and not perfect and it thus will always be easy to find specific provisions to be grounds for disapproval, without members being held accountable for considering the entire deal against the alternatives.

Congress is a co-equal policy-making branch, and it can and will be involved in resolution of this issue. But in shaping how the legislative branch will be involved one has to consider the political realities, not just procedural formalities. The saboteurs certainly have considered those realities, although they do not openly acknowledge them.

A recent op ed by Eric Edelman, Dennis Ross, and Ray Takeyh does not explicitly endorse the Corker proposal but argues more generally for more Congressional involvement, the earlier the better. They would have us believe that the issue at hand is no different from strategic arms control treaties with the USSR or earlier multilateral efforts to remake the international order after World War II. The writers' history is faulty and tendentious in several respects, but two items in particular stand out.

Edelman et al., in commenting on Richard Nixon's handling of strategic arms control, mention in passing that Nixon may be better known for the opening to China, as well as ending the Vietnam War. They do not mention that the opening to China, which truly was a historic and beneficial achievement, was one of the most closely held foreign policy initiatives ever, with not only Congress but even the State Department cut out of all the preparation. The political realities on that issue at that time dictated Nixon's secretive approach. The president was beginning a rapprochement with a despised and distrusted revolutionary regime, which had come to power more than two decades earlier and with which there had since been almost no interaction with the United States. In that regard the China opening is a far closer historical analogy to what is happening today between the United States and Iran than are strategic arms control treaties with the Soviet Union.

In the early 1970s Nixon was facing not only widespread distrust of the Chinese Communist regime but also narrower sources of resistance. Back then AIPAC had not yet hit its stride and become able to get seventy senators to sign a napkin, and the NRA had not yet experienced the change in leadership that would turn it into a lobby powerful enough to effectively rewrite the Second Amendment, but there was something called the China lobby. That lobby included diehard supporters of the Nationalist regime on Taiwan who resisted any dealing with the mainland regime and continued to resist full diplomatic recognition of Communist China even after Nixon's initiative. Lobbies wax and wane, but some of the sorts of challenges they pose to presidents undertaking important diplomatic initiatives have stayed pretty much the same.

The op ed writers also refer to the early Cold War years, when President Harry S. Truman “had to bring along a Republican Party skeptical of international engagement. He cultivated influential Republican lawmakers such as Sen. Arthur Vandenberg (Mich.) and paid close attention to their advice and suggestions.” This comment implies a grossly mistaken version of Vandenberg's political biography. He was indeed an isolationist in the interwar years, but Pearl Harbor changed all that. By the time Truman became president Vandenberg considered himself an energetic internationalist. The cooperation between the Truman administration and the Republican leader of the Foreign Relations Committee was fruitful not because the administration was reaching out to an isolationist but rather because Vandenberg's inclinations regarding such things as the creation of NATO were already going in the same direction as Truman's.

They don't make Arthur Vandenbergs any more. The Vandenberg of the 1940s, the one who cooperated with Truman, would not be welcome in today's Republican Party. Perhaps the closest thing to a modern-day counterpart is Richard Lugar—who isn't in Congress anymore, after losing a primary election to a Tea Party candidate a couple of years ago.

In the political reality on Capitol Hill today, any administration outreach regarding Iran immediately runs into two strong, obstinate, and uncooperative tendencies. One is the determination by the rightist government of Israel to do all it can to prevent agreement between the United States and Iran—with everything that determination implies regarding effects on U.S. politics. Some of AIPAC's napkins have become frayed over the last year or so, but the lobby is still formidable. The other is the tendency among many Republican members of Congress to oppose whatever Barack Obama proposes, and especially anything that would be considered a signature achievement for the president. If members vote more than three dozen times to repeal a health care law, some of the same members will similarly and reflexively oppose what would be a leading foreign policy achievement by Obama—next to getting out of the wars in Iraq and Afghanistan, but members cannot do anything to prevent the commander-in-chief from doing that, just as diehard proponents of the Vietnam War could not prevent Nixon from getting out of that conflict.

The terms of an Iranian nuclear agreement are still under negotiation, but probably the implementation of each side's obligations will be phased and gradual. It would be sensible, as well as politically realistic, for Congress's necessary involvement to be phased in gradually as well, and certainly not to take the form of quickie votes. Probably the initial phases of sanctions relief would rely on executive action. Only later, after implementation of the agreement has become a going concern and both sides have had a chance to demonstrate their seriousness about compliance with the agreement, will Congress have to play its role with legislation.