Democracy Dies Amid Lies, and So Does Sound Policy 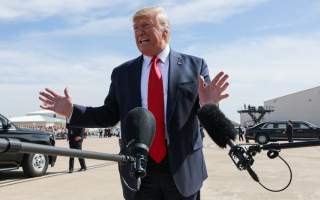 Two leading scholars of democracy, Larry Diamond and James Fishkin of Stanford, recently reported on an intriguing exercise that they say constitutes good news for those who worry about the state of American democracy. A representative sample of 523 registered voters from across the United States were brought together for four days of facilitated discussions on an assortment of leading public policy issues. The substantive input they received included, besides the comments of their fellow participants, a “handbook” with arguments on each side of the issues as well as question-and-answer sessions with subject experts and presidential candidates. The participants were polled, before and after the event, about their opinions on the issues discussed. The encouraging result, according to Fishkin and Diamond, was that the event caused a significant shift in participants’ views, in which the overwhelming majority of the shifts involved discarding more extreme views and increasing consensus in support of centrist or moderate proposals.

The shifts were evident in all the issue areas discussed, including immigration, health care, the economy, and the environment. “Somewhat to our surprise,” write Fishkin and Diamond, there also were major changes to foreign policy, mostly because of changes among self-identified Republicans. Support for the Trans-Pacific Partnership increased from about half the participants to about three-quarters. “Perhaps most striking,” the authors say, “was the spike in support among Republicans for recommitting to the Iran nuclear agreement.”

Several processes probably underlie the observed shifts in opinion. Placing people in an environment in which the usual partisan tribalism does not predominate explains much of the shifts. Exposure to the views of people from other backgrounds and other party allegiances demonstrates that fellow citizens on the other side of domestic divides are not hostile aliens and can express a reasonable point of view. People on different sides of those divides could see that they share similar day-to-day frustrations and challenges. As journalists who observed the discussions report, on an issue such as health care, there were many empathy-generating personal stories about problems such as onerous medical bills.

There also is a simpler explanation, which almost certainly accounts for most of the observed shift, especially marked among Republicans, on foreign policy: people were exposed to the truth. Unlike with issues of domestic policy, views did not shift because of empathy and the experience of hearing fellow participants’ first-hand stories about difficulties in obtaining affordable health care. They shifted because the participants were provided information (and, given the format of the exercise, were pretty much forced to listen to the information) that dispelled falsehoods perpetrated in the tribal orbits that they regularly inhabit. It should be no surprise that there was a striking shift among Republican participants in support of the Iran nuclear agreement, because on that subject, such falsehoods have had an especially marked effect in corrupting public debate—falsehoods such as that the agreement will permit Iran to build a nuclear weapon in a few years, or that the United States “gave” Iran vast sums of money as part of the deal.

An Administration of Lies

The wider implications of this are all the more profound given how much the current U.S. presidency is built on lies and how desperate and unrestrained the president has become in counterattacking against impending impeachment. Given the centrality of the Ukrainian affair to the impeachment investigation, the prime lie that Donald Trump is pushing at the moment is that Joe Biden, when vice president, pressured the Ukrainian government not to investigate corruption in a company with which his son was involved. That accusation is not just “unsubstantiated,” as some striving-to-be-neutral press outlets would have it, but rather an intentional fabrication that is the opposite of what actually happened.

Given that few members of the intended audience for this lie have participated in anything like Fishkin and Diamond’s exercise, the lie is working. According to a recent Monmouth University poll, 42 percent of respondents, including 67 percent of Republicans, incorrectly believe that Biden exerted pressure on Ukraine to prevent a corruption investigation.

The effect on—more bluntly, the corruption of—U.S. foreign policy that the president’s tactics already have engendered is significant. Relations at the presidential level between the United States and Ukraine—a country of forty-four million people that is at the center of important strategic and economic issues involving both Russia and Europe—have been completely subsumed, if the notorious phone call is an indication, into Trump’s quest for dirt on domestic political opponents. Relations with China might be the next to be affected by the quest. The White House’s related effort to discredit Robert Mueller’s investigation into Russian interference into the 2016 election has impinged on U.S. relationships from Australia to Europe, as well as accounting for many travel hours of not only the secretary of state but also the attorney general.

Even more profound are the implications, given Trump’s demonstrated authoritarian tendencies, for the answer to the question, as Thomas Edsall poses it, of “How and when will President Trump leave the White House?”—and more specifically, will he willingly leave it after either removal through the impeachment process or defeat in the next presidential election? The question raises genuinely scary scenarios in which relevant issues include the loyalties of the Secret Service and the U.S. military. As several of the expert observers Edsall queried speculate, the answer to the question rests mainly with senior Republicans in Congress, and their behavior will depend on what line comes out of Fox and other right-wing media. And that line, in turn, is connected to how many people in their audience and Donald Trump’s political base will continue to believe the lies that are part of his counterattack.

Removal from Office, Then and Now

When Senator Barry Goldwater, the 1964 Republican presidential candidate, and respected Mr. Conservative, turned against President Richard Nixon in August 1974, he said at a Senate Republican Conference lunch, "There are only so many lies you can take, and now there has been one too many. Nixon should get his ass out of the White House—today!" The next day, Goldwater and the Republican leaders of the House and Senate went to the White House and told Nixon he had lost most of his party’s support on Capitol Hill. Two days later, Nixon resigned.

Although Goldwater talked about lies, two important differences about presidential lying distinguish the situation in 1974 from today. One was that Nixon’s duplicity over Watergate was more a matter of concealing truths than of offensive use of lies to discredit legitimate investigations and smear political opponents. (Something similar could be said about the failure of Bill Clinton, the other president in the modern era to be a target of impeachment, to come clean about a sexual fling with an intern.)

The other difference was that at the time of Watergate, Walter Cronkite was the most trusted man in America and the perceptions of most Americans about what was true and what was not in public affairs came mainly from their exposure to responsible mainstream media. Once a lie was exposed as a lie, that was usually the end of it. Today’s fractionated audiences and a multitude of politically oriented outlets, which include not only Fox and Rush Limbaugh but countless online sites with committed followers, presents a far different situation. Even after being thoroughly debunked, lies can live on, with major political impact, in the circle of ideologically driven promoters of the lie and their loyal audiences. It would be wonderful to put the entire population through a reality-checking experience like what Fishkin and Diamond put 523 people through, but of course, that is not possible.

“Democracy Dies in Darkness” is the Washington Post’s masthead motto, and the newspaper’s role in illuminating what was concealed by the darkness of Watergate no doubt played a role in selecting that slogan. Bringing to light malfeasance that hides in the dark is indeed important in preserving American democracy. But today the health of that democracy depends just as much on somehow taking down lies that are brazenly and repeatedly proclaimed and, far from being hidden in the dark, are part of the blinding fire of political combat.

Paul R. Pillar is a contributing editor at the National Interest and the author of  Why America Misunderstands the World.