Depoliticizing Intelligence: The Assessment of Foreign Influence on U.S. Elections 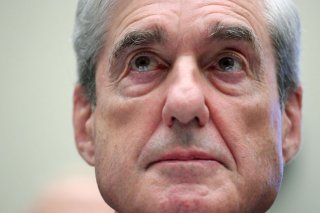 The recently released unclassified version of an intelligence assessment on foreign attempts to influence the 2020 U.S. election deserves more attention than it has gotten, as a corrective to still all-too-prevalent misconceptions on the subject. A central judgment of the assessment is that the Russian government of Vladimir Putin, which had actively intervened in the 2016 election in support of Donald Trump, was at it again, with the same objective, in 2020.

This finding is consistent with what already was widely known about Russian influence attempts, and in that sense, the new assessment is not a revelation. But misconceptions persist due to the relentless efforts by Trump and his supporters to deny that Russia had any role in helping him win the presidency. (A separate and much smaller element on the left also has denied the Russian influence campaign, evidently out of a belief that such denial will keep U.S.-Russian relations from becoming dangerously acrimonious.)

The effects on popular beliefs within Trump’s political base persist. In a poll taken in mid-2018, most Americans agreed that Russia played a pro-Trump role in the 2016 election, but only a third of Republicans agreed even somewhat with that truth. A poll conducted before last fall’s election showed that 68 percent of Joe Biden’s supporters were “extremely” or “very” concerned about foreign countries influencing how Americans perceived the candidates, but only 30 percent of Republicans had that level of concern.

The most serious ill effects of politicizing intelligence have involved not misinforming the decisionmakers but rather the decisionmakers misinforming the public. This was true of George W. Bush’s selling of the Iraq War to the public, which entailed cherry-picking of intelligence and the stitching together of scraps to tell a false tale of terrorist alliances that was contrary to the intelligence community’s judgments. The more recent misuse of intelligence—although a new war was not involved—was even more blatant under Trump, in a presidency built on lies. Misleading the public about the Russian influence operations was one more set of lies.

Perhaps the biggest substantive takeaway from the new assessment is that Putin clearly concluded that whatever help he gave Trump in 2016 in getting him into the White House was well worth the effort. The assessment also makes clear that Rudy Giuliani’s endeavors to dig up dirt on Biden were following a Kremlin script. The assessment identifies Andriy Derkach—the Ukrainian legislator who was one of Giuliani’s prime sources—as having ties with Russian intelligence and other Russian officials, and with Putin having “purview” over his activities. As the election neared, Moscow pushed increasingly hard the phony tale about Biden and corruption in Ukraine, as a way of “undermining the candidate it saw as most detrimental to its global interests.”

One of Ratcliffe’s techniques for downplaying the Russian influence campaign was to play up the notion, despite the paucity of supporting evidence, that China was at least as active on this front as Russia was. Intelligence analysts believed that a modification—to hype the China angle—that Ratcliffe made to a written assessment was “outrageous misrepresentation of their analysis,” according to the ombudsman.

The newly released assessment sets the record straight regarding the China issue. The assessment states that Beijing, which did not intervene in the 2016 election, “considered but did not deploy influence efforts” during the 2020 election. Beijing saw some of the same advantages of a Trump victory that Moscow did, including that “China in this scenario could increase its international clout because it perceived that some of the Trump administration’s policies would alienate US partners.” But the Chinese concluded that the risks of an influence attempt would outweigh the rewards.

The new intelligence assessment will not, of course, dent the misbeliefs of incorrigible Trump supporters, who will dismiss it as the biased view of a “deep state.” Such a misbelief betokens a gross lack of understanding of the raison d’etre and professional outlook of the intelligence agencies and those who work in them. Evidence contradicting the misbelief can be found in the intelligence community’s output on this very subject, including its first assessment, issued near the beginning of the Trump administration, on Russian influence attempts. The leaders of the community created not only more work but also more heartburn for themselves with a product that they knew would be unwelcome in the Trump White House. They would not have exposed themselves that way without being convinced of both the validity and the importance of what they were reporting.

Another piece of evidence is in the newest report, which addresses the activities not only of Russia and China but also of Iran, which waged an influence campaign in 2020 aimed at “denigrating” Trump. Parts of the Iranian program might have been counterproductive, especially spoofed emails and other bogus measures intended to “amplify concerns about voter fraud in the election”—which, of course, would become the centerpiece of Trump’s own last-ditch effort to retain power. But in any event, a judgment about Iran opposing Trump in the election-influence game presumably is not what a biased Democrat, member of the Biden administration, or anti-Trumper would want to see in an intelligence assessment. The integrity of the Biden administration in using intelligence properly will be the greatest safeguard against more politicization of intelligence during the next four years. But the role of Congress also is important. Congressional insistence is what can be thanked for the newest unclassified product on election influence. The same is true of a recently released assessment on another politically sensitive topic, domestic violent extremism. Congress is a co-equal policymaking branch of government, and it ought to be an aggressive requestor and consumer of intelligence regardless of who is in the White House.