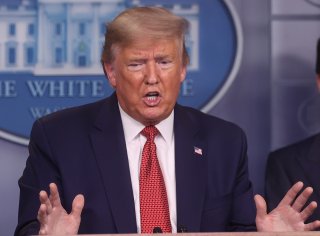 A crisis as sweeping in its economic and social effects as the covid-19 pandemic will have lingering political effects on a global scale. Sometimes such an international trauma sears important, beneficial, and lasting lessons into the consciousness of publics and governments alike. This might not happen, however, with the current pandemic. Its principal political consequences are unlikely to reflect what ought to be one of its main lessons: that successfully confronting a threat like a virus, which respects no international boundaries, requires international cooperation and a recognition that the danger jointly affects all humankind.

Covid-19 began when the pathogen jumped from an animal to a human within the borders of a single country. The cross-border movements and exchanges that we know as globalization obviously have been involved in the spread of the disease but did not cause the disease. International cooperation and the mechanisms of globalization need to be used, not rejected, in fighting the pandemic.

If there is anyone image that illustrates how this is not happening, it is the picture of Donald Trump’s briefing notes in which he had crossed out the “corona” in coronavirus and replaced it with “Chinese”.  The same presidential Sharpie that once was used to redefine the path of a hurricane has now been used to redefine a transnational natural threat as one that instead should be pinned on a rival major power.

A Nationalist, Not a Globalist, Response:

Corrosive and narrow-minded nationalism, the rise of which has been one of the most negative trends in world politics in recent years, is becoming part of the political response to covid-19. This is not just a problem with U.S. policy, although the United States still has disproportionate influence as a superpower and seems on course to pass Italy and China for the most covid-19 cases. Within the United States, the problem is not just one of Trump, although Trump’s reflexive reliance on the nativist and faux-populist themes that got him elected is a glaring part of the problem.

Ironically, some prudent measures to help check the pandemic play into the hands of the purveyors of such nationalism. This is most obviously true of the closing of international borders to travelers. U.S. borders with both Canada and Mexico were closed with the mutual consent of the countries concerned. It made sense to do so to slow whatever spread of the virus involves cross-border travel.  The same is true of border restrictions that have been erected along what had been invisible national boundaries in Europe.

Unfortunately, these moves at borders exemplify how an action taken for good reasons can energize policies adopted for bad reasons. Closing U.S. borders dovetails with Trump’s xenophobic and divisive immigration policies that have included the Muslim travel ban and the high priority given to building a wall next to Mexico. Corresponding situations in Europe involve the narrow English nationalism associated with Brexit and antagonism on the continent against refugees fleeing warfare in the Middle East, at a time when the Erdogan government in Turkey has again been using the refugee flow as a source of leverage against the Europeans.

The fact that covid-19 originated in China—a principal foil especially of some of Trump’s trade and security policies—is another factor. By seeing the current crisis as another occasion for competition rather than cooperation with China, his administration is going against U.S. self-interest in stemming the pandemic.  It is unlikely if the virus had emerged in, say, Norway, that Trump would be calling it the “Norwegian virus”.

That Iran has suffered another of the most severe outbreaks of the disease presents an opportunity to de-escalate the pointless and dangerous confrontation between the United States and Iran. Observers including members of Congress, many nongovernmental organizations, and even the prime minister of Pakistan have appealed to the U.S. administration to lift some of the sanctions that continue, despite administration assertions, to inhibit the sale to Iran of badly needed medical supplies and other humanitarian materials. Such a move, besides taking advantage of the de-escalation opportunity, would demonstrate that the United States really is the friend of the Iranian people that it claims to be, would save innocent Iranian lives, and ultimately would save American and other lives by helping to stem the global pandemic.

The Trump administration instead evidently sees Iran’s suffering from covid-19 as an opportunity to turn the screws of “maximum pressure” even farther and make Iranians suffer even more. In a policy that has reverted to a sort of malevolent autopilot, the U.S. response to the pandemic’s hit on Iran has been to pile on still more sanctions punctuated with more verbal attacks by Secretary of State Mike Pompeo. It is a policy that, as with the posture toward China, goes against America’s own interest in curbing the pandemic. And it is a policy that fails to recognize that Americans are far more likely to suffer and die from a virulent disease that has raced around the world than from a second-tier regional power with no transcontinental reach,

There may be a deeply rooted human tendency toward withdrawal, retrenchment and huddling among one’s own kind in the face of threats that are large and, like a virus or economic panic, invisible or difficult for most people to understand. In the age of nation-states, this tendency can translate into narrowly nationalist policies, as it has at times throughout modern history. During the early part of the Great Depression, one of the principal U.S. responses was the heavily protectionist Smoot-Hawley tariff, which only worsened the economic agony for the United States along with the rest of the world. Trump’s trade war has echoes of Smoot-Hawley and may exacerbate beggar-thy-neighbor responses both to the pandemic and to the global recession it has started. It already probably has impeded America’s response to its own covid-19 problem by reducing the import of badly needed medical supplies that China makes, such as protective gowns and masks.

Political consequences in individual countries will depend on who is in power and who gets blamed for the suffering and disruption. This may work against mainstream governing parties that have had to make the difficult economic and public health decisions and in favor of right-wing populist groups such as the Alternative for Germany and, in France, Marine Le Pen’s National Rally.  In Italy, the devastation the virus has caused could give an opening for the Northern League’s Matteo Salvini to recover from missteps that bumped his party out of the governing coalition last year.

In the United States, a deep recession ought to work against Trump’s re-election in the same way that economic troubles traditionally work against incumbents, even without considering his inconsistent and leadership-abandoning response to the pandemic. But three other offsetting factors can bolster his re-election chances. One is his exploitation of an incumbent’s advantage of monopolizing airtime during a crisis (and posing as a “war president” with a rally-round-the-flag effect) while his presumptive general election opponent, Joe Biden, struggles to get attention.

Another factor is that what most impacts voters’ sentiments is not just their current economic status but whether that status is getting better or worse at the moment they cast their ballots. If the recession bottoms out within the next seven months and upticks have begun by the November election, the incumbent could benefit. Trump evidently is thinking along these lines in talking about steps to speed up economic recovery even at the risk of boosting the number of covid-19 infections.

Probably the most influential factor is that in the post-truth era of alternative facts, Fox News, and tribalistic belief systems, the old rules about economic conditions and voting may no longer apply. Polling shows that between mid-February and mid-March, Democrats’ concerns about the coronavirus increased but Republicans’ concerns decreased—obviously following the lead of Trump, who during this period was talking down the significance of the epidemic despite growing evidence of its seriousness. More recently, of course, he has had to recognize that seriousness, and Fox’s commentators accordingly have done a 180-degree turn in their message, which is now one of how Trump is leading the nation in battling an awful scourge. One might think that even the faithful who have their MAGA hats pulled firmly down above their eyes would have their faith shaken by such abrupt shifts, but evidently that is not the way politics and public opinion in the United States work today.