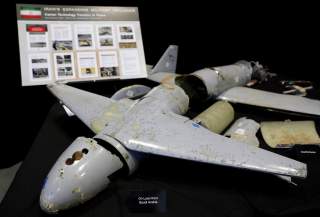 The most widely remembered episode of a U.S. administration using an intelligence-based public presentation to stir up hostility toward a country with which it was intent on picking a fight was Secretary of State Colin Powell’s presentation on Iraq to the United Nations Security Council in February 2003.  That presentation and the Bush administration’s year-long campaign, of which Powell’s speech was a part, to sell the U.S. invasion of Iraq represented a misuse of intelligence—less because of the substance than because of the whole nature and purpose of the exercise.  Instead of using intelligence for its proper purpose of informing policy decisions yet to be made, this campaign was instead a selective and tendentious use of intelligence to sell a decision already made.

There was substantive misrepresentation, to be sure.  The portion of the speech about terrorist ties was designed to foment a belief about supposed alliances that was contrary to the judgments of the U.S. intelligence community.  But even if everything in the speech about weapons of mass destruction has been valid, the speech missed the most important questions about U.S. policy toward Iraq.  These questions included what would warrant the launching by the United States of a major war of aggression, and what the ensuing mess and repercussions would be, in Iraq and in the region, after Saddam Hussein was ousted, WMD or no WMD.

Now Nikki Haley has provided the closest replication yet of the notorious show-and-tell from 2003.  She has tendentiously and selectively brandished pieces, including physical pieces, of intelligence to stir up hostility toward Iran, with which the Trump administration seems intent on picking a fight.  The featured piece consisted of remnants of a missile fired from Yemen in the direction of Riyadh, Saudi Arabia.

Haley and the Trump administration have gone beyond Powell and the Bush administration in dragging U.S. intelligence agencies into their hostility-selling campaign.  For Powell’s speech, the imprimatur of the intelligence community was symbolized by Director of Central Intelligence George Tenet sitting in the camera frame right behind Powell.  Although Haley is the U.S. ambassador to the United Nations, such an image in the Security Council chamber evidently wasn’t enough.  Instead, she did her show-and-tell at the Defense Intelligence Agency in Washington.  And rather than a small vial that Powell used as a prop in talking about a biological weapon, she displayed a warehouse full of wrecked hardware, including the missile remnants.

Just as in 2003, the show missed the fundamental issues involved in the relevant Middle Eastern mayhem.  The missile fired at Riyadh was a rather feeble and ineffective response to the continuing air assault on Yemen by a Saudi-led coalition that has turned a civil war sparked by tribal disgruntlement into one of the world’s biggest current humanitarian disasters.  According to the United Nations and other sources, more than 5,000 civilians have been killed, along with the thousands of injuries and other deaths as well as related consequences such as a cholera epidemic that has killed thousands more.  The Saudi-led air war is clearly the biggest source of the carnage.

The United States aids that air war.  The exact nature and extent of the assistance are unclear, but what is publicly acknowledged includes U.S. provision of targeting information and refueling of Saudi warplanes.  The Trump administration reportedly has considered increasing the military assistance to Saudi Arabia, including possible resumption of shipments of guided missiles that the Obama administration had suspended because of the indiscriminate Saudi targeting of civilians.  It is both misguided policy and morally offensive for Haley to try to focus attention on Iranian-related markings on a missile fragment while her own government abets far more suffering and destruction in the same war of which that missile was a part.

On the very day that Haley was showcasing Iran-related munitions came news that one of the latest aerial attacks by the Saudi-led coalition destroyed a prison in the capital Sanaa and killed at least 30 people, most of whom were detainees in the prison.  And on the day that Haley was drawing attention to her warehouse full of arms that, in her words, “include parts made in Iran, some by Iran’s government-run defense industry” came reports of how many U.S.- and Saudi-supplied arms wound up in the hands of the Islamic State (ISIS).  Evidently a factory marking on a munition is supposed to constitute a case for condemnation of the country of manufacture when Iran is involved, but not when another state is, or at least when the United States or Saudi Arabia is.

Haley’s remarks at the show-and-tell did nothing to explain how the munitions displayed around her demonstrate anything about either Iranian policies or the drivers of conflict and instability in the Middle East, much less about implications for U.S. policy.  Saudi Arabia and the United Arab Emirates had handed over the materiel, and U.S. officials either would not or could not say where much of it had been recovered.  Nor could they say when the weapons had been supplied or when they were used.  To use such military detritus as a basis for conclusions about what Iran is or is not contributing to violence in the Middle East makes little more sense than holding Mikhail Kalashnikov responsible for all attacks in which AK-47s have been used.  Officials of the United States—the world's leading exporter of arms—ought to be especially careful about suggesting that factory markings on munitions equate to evidence about a country’s foreign policy, given how U.S.-origin arms have been used even by the likes of ISIS.

Haley’s comments were more telling about the nature of what the Trump administration is trying to do with such displays.  She talked about going to “great lengths” to declassify “evidence” and said, “As you know, we do not often declassify this type of military equipment recovered from these attacks.”  That’s right, we do not.  And the administration’s upending of normal procedures for the sake of the public hostility-stoking campaign shows how far removed any of this is from a healthy and proper use of intelligence services.

Haley grossly mischaracterized a new United Nations report on implementation of Security Council Resolution 2231, which is the international community’s official endorsement of the Joint Comprehensive Plan of Action (JCPOA), the agreement that restricts Iran’s nuclear program.  She made it sound as if there were united international backing for her blame-everything-on-Iran message, saying, “In its strongest language yet, the Secretary-General’s report describes violation after violation of weapons transfers and ballistic missile activity.”  Haley knows well that the only obligations that Iran undertook in either the JCPOA or the U.N. resolution that endorsed the agreement concern nuclear activities.  The reference in Resolution 2231 to missiles was intentionally and carefully worded as a “call” that entails no additional obligation.

The Secretary-General’s report, like most such U.N. documents, is more a compilation of reports and assertions by member countries than the reaching of any grand conclusion.  A U.N. monitoring committee did investigate missile firings by the Houthi forces in Yemen earlier this year and expressed agnosticism about who was involved in supplying the weapons, even though they appeared to be of Iranian design and manufacture.  The monitors also stated they saw no evidence of something else Haley has suggested, which was a presence of Iranian missile specialists within Yemen.  In the international scrutiny that matters most in assessing Iran’s compliance with its obligations, the International Atomic Energy Agency continues to certify that Iran is meeting its nuclear commitments under the JCPOA.

U.N. Secretary-General Antonio Guterres, who must have cringed when seeing Haley’s remarks, spoke to some of the same subjects on the day of Haley’s presentation.  Guterres repeated his endorsement of the JCPOA as “the best way” to ensure that Iran’s nuclear program stays peaceful, while expressing concern about how President Trump’s withholding of certification to Congress in October had created “considerable uncertainty” about the future of the agreement.

Scare tactics were a big part of the Bush administration’s campaign of selling its war, with the brandishing of things like vials we were told to imagine might be filled with anthrax spores.  Haley got fully into the same mode when she said about the missile that hit close to the Riyadh airport, “Just imagine if this missile had been launched at Dulles Airport or JFK, or the airports in Paris, London, or Berlin. That’s what we’re talking about here. That’s what Iran is actively supporting.”

No, Iran isn’t supporting that at all.  There is zero evidence of any Iranian move toward obtaining a weapon with intercontinental reach.  There is no evidence that Iranian military development and procurement are proceeding with anything in mind other than responding to what Iran sees as threats and rivals within its own region.  The heads of the Iranian military and Revolutionary Guard Corps have talked publicly about 2,000 kilometers being a sufficient range for Iranian weapons to meet that need.  Such a range is not just talk and is consistent with the larger strategic logic of Iran's defense posture.  It is a harmful waste of the time and attention not only of the U.S. ambassador to the United Nations, but also of all the intelligence officers who were involved in putting together that display at DIA, to be hyping an imaginary intercontinental threat when the United States faces a real one from North Korea.