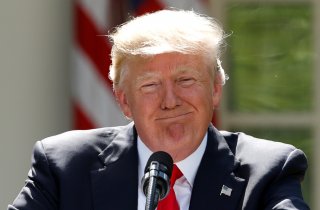 It has been more than two years since Trump administration Attorney General William Barr appointed John Durham, a U.S. attorney, as special counsel to investigate any possible illegal activity “in connection with the intelligence, counter-intelligence, or law-enforcement activities” directed at Donald Trump’s 2016 election campaign or members of his administration. The backdrop to Barr’s move was talk—promoted most of all by Trump himself—about how the official inquiries detailing the Russian election interference that benefited Trump’s candidacy were supposedly politically motivated witch hunts.

Barr’s siccing of a prosecutor on the security agencies that conducted those inquiries was meant to suggest that the story of Russia and Trump’s election victory was largely the concoction of civil servants in those agencies who acted out of political motivations and possibly illegally. Or at least, Barr’s move would help to divert attention from the story by postulating some other kind of official wrongdoing. This was another instance of Barr attempting to defend his boss by downplaying the election interference story or discrediting those who had told it, similar to what he did in issuing a highly misleading “summary” of Robert Mueller’s report on the subject.

After two years (not counting an earlier five months when Barr had Durham looking into the subject before formally appointing him as special counsel) and an expenditure of a couple of million dollars (as of last March, Durham’s investigation had cost about $1.5 million after the supporting work of other Department of Justice offices was figured in), it is reasonable to expect that any prosecutable wrongdoing by government officials would have surfaced by now. The sole instance of such surfacing was an indictment in August 2020 of a former FBI lawyer named Kevin Clinesworth whose offense was to add three words to an email.

The words were truthful, and Clinesworth barely had reason to understand that he had done something wrong. The episode involved an FBI application to the Foreign Intelligence Surveillance Act (FISA) court, and the email in question came from another government agency. The lawyer’s small addition to the email before he forwarded it to the supervisory agent who was submitting the application stated accurately that the projected target of the surveillance was not currently a U.S. government source, although he previously had been an operational contact. It is highly unlikely that this emendation had any material effect on either the FBI’s application or the FISA court’s decision.

Durham’s office has issued two other indictments, but the subject of neither one is a government official. Prosecuting private citizens is within Durham’s charter, and he is acting properly in responding to any violations of law, regardless of who commits them, that he happens to come across in the course of his investigation. But some of the reactions to these indictments seem to reflect forgetfulness that this entire exercise was supposed to be about surfacing official misconduct in U.S. government agencies. These indictments instead are about people allegedly not telling the whole truth when answering questions from the FBI. The FBI was properly doing its job by asking such questions, in the course of investigating and assessing the credibility of accusations that had come to its attention.

Durham’s indictment in September of this year of a Washington-based international lawyer named Michael Sussman alleges that when Sussman came to the FBI in September 2016 with accusations about supposed connections between the Trump campaign and a Russian bank, he falsely denied that he was acting on behalf of a client, even though he later billed the Clinton campaign for his hours. (Sussman disputes the charge.) Again, it would be hard to tie any of this to how the FBI or anyone else in the government handled the Trump-Russia matter. The FBI was aware that Sussman had done work for the Clintons and the Democrats and thus could factor in possible political motivations behind what the agents were hearing. In any event, the bureau decided not to pursue Sussman’s accusations.

This month Durham issued his third indictment, which isn’t even of a U.S. citizen but instead of a Russian named Igor Danchenko who currently resides in the United States. Danchenko is accused of misrepresenting to the FBI who was or was not a subsource for the now-famous Steele dossier, for which Danchenko was a primary source. The dossier is a compendium of raw reporting collected by former British intelligence officer Christopher Steele. Like many collections of raw intelligence reporting, it contains some parts that have been corroborated, some that have been refuted, and some that have been neither corroborated nor refuted but might be upon further collection and investigation.

When confronted with such reporting that pertains to a matter important to the national interest and that cannot be summarily dismissed as not credible on the face of it—and the Steele material qualified on both counts—then a relevant security agency such as the FBI has not only the power but the duty to investigate further. The very purpose of the investigation is to determine what is credible and what is not, and what is true and what is not, without presupposing truth or falsity in advance. It is a fundamental misunderstanding of such follow-up intelligence work to criticize the FBI for using potentially significant but as yet unconfirmed lead material as one basis for, say, requesting a communications intercept, when the intercept may be the best way to confirm or refute what the lead material suggests. Such criticism makes no more sense than criticizing a pharmaceutical company for conducting a field trial of a new untested vaccine when, as is true of such trials, the vaccine may or may not turn out to be effective.

Extensive Russian interference in the 2016 U.S. election, as well as indications of connections to the Trump campaign, were known to the FBI even without bringing the Steele dossier into the picture, and the initiation of the bureau’s investigation into the subject did not rest on Steele’s material. That was one of the conclusions of a report in December 2019 by the Department of Justice’s inspector general (IG). The report, although it made several criticisms of the bureau’s work—that’s what IGs routinely do—also concluded that the overall investigation was initiated with good reason and that political preferences or bias had not played a part in doing so. Those conclusions got obfuscated by Barr, who, just as he did with Mueller’s report, issued a statement that mischaracterized the inspector general’s findings and made it sound as if something much more sinister had been found.

All of this gets ignored by two sets of commentators who have badly muddied public discourse by trying to deny the whole sordid picture of Russian interference in U.S. elections and Trump’s part in that picture. One set consists, nor surprisingly, of many of the usual apologists for Trump on the Right. The other set is on the Left and, although it may not hold any brief for Trump, just as disdainfully dismisses “Russiagate” as if it were nothing more than a concocted conspiracy theory. One motivation for those on the Left seems to be to strike down any possible reason for U.S. policy to take a hard line toward Russia. Another likely motivation is to demean the so-called “deep state” centered in security agencies which are presumed to be up to no good.

Both of these groups of commentators recently have seized on the Danchenko indictment as if it were about much more than a single Russian not getting his subsources straight. In doing so, their rhetoric employs a tendentious synecdoche on two levels. One level is to contend that if any one aspect of the Steele dossier is amiss—even just a misidentified subsource—then the whole collection of reporting is to be taken as false and thrown in the trash.

The other level is to treat the Steele dossier as if were the prime driver of government investigations into Russian election interference and the Trump campaign’s role, even though it was nothing of the sort. The extensive Russian interference in the 2016 election is reflected in copious other information that has been well documented elsewhere, especially in the first volume of Mueller’s report but also by the intelligence community (which has updated its coverage of Russian interference as it pertained to the 2020 election), the Senate Select Committee on Intelligence (which has confirmed the intelligence community’s judgments on the subject as well as making public more material), and much press coverage.

As for the role of Trump and his campaign in all this, frenzied cries of “No collusion! No collusion!” cannot hide several disturbing and well-established facts. During the 2016 campaign, Trump openly invited the Russians to hack into his opponent’s email—and a few days later, according to Mueller’s findings, the Russian government did just that. Members of the Trump campaign and Trump family retweeted or reposted material that originated with the Russian agency that was Moscow’s main instrument for cyber interference in the campaign. Senior members of the Trump campaign and family met in Trump Tower with Russians known to have ties to the Russian regime, in the expectation of receiving dirt on Hillary Clinton. The chairman of Trump’s campaign at the time repeatedly met and shared internal polling data with a Russian intelligence agent, a role for which the latter person was later sanctioned by the United States.