Evolution, Not a New Revolution, in Iran 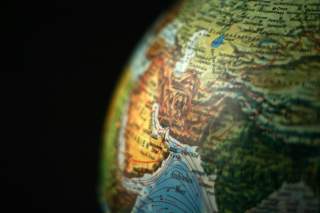 Some hardline myths about Iran never seem to die.  One myth especially pertinent to U.S. policy is that revolutionary regime change in Iran is a significant possibility in the near future and that with a bit more of a push from the outside, the Islamic Republic will collapse and be replaced by something much more to our liking.  This illusion was prevalent in much of the George W. Bush administration, which accordingly adhered to a policy of refusing to deal with Iran and instead of trying to isolate it and to inflict economic pain through sanctions.  Several years of lack of results in the face of ever-increasing sanctions demonstrated the fecklessness of that policy.  The sanctions became useful only when the next U.S. administration began to negotiate with Iran and sanctions were used as a bargaining chip to conclude an agreement that blocks all possible paths to an Iranian nuclear weapon.

The myth often is connected to a faith in exile groups as instruments for quick transition to a completely different type of regime.  Many of those hoping for regime change in Iran look in this way to the Mujahedin-e Khalq, a cult-cum-terrorist group that actually has almost no popular support within Iran.  Some of the same people had placed a similar faith in Iraqi exile Ahmed Chalabi, whose qualities as a huckster more than as someone who could father a new Iraqi republic became increasingly apparent after the U.S. invasion of 2003.

Today there evidently is another expression of the old myth about Iran, with talk about regime change, among Trump loyalists at the White House and National Security Council staff.  According to these individuals, increased pressure and kicks from the outside can bring about positive results in Iran, rather than, as expert analysis both inside and outside the national security bureaucracy explains, merely eliciting hostile responses from a firmly implanted Islamic Republic.  It is unclear whether holding of the myth represents genuine misbelief or instead is a rationalization covering other reasons the holders want to maintain Iran as a perpetually isolated bête noire.  Either way, the myth leads to damaging and ineffective U.S. policy.

Iran is not at all close to any political upheaval that could be described as a new revolution or a counter-revolution, even with more pressure and pushes from the outside.  Iranian politics certainly exhibits plenty of disagreement and controversy, with the possibility of significant policy change coming out of that political competition.  Despite the substantial defects in the Iranian political system, there is a political robustness missing from, say, the Arab monarchies on the other side of the Persian Gulf.  But most Iranians do not have an appetite for making a new revolution.

Both the regime and the people in Iran have demonstrated an ability to withstand hardship much greater than what U.S. sanctions can inflict.  They did so during the extremely costly eight-year Iran-Iraq War, which Iran doggedly continued for some time even after Saddam—who started the war—began seeking an armistice.  Certainly if pressure or punishment from an outside power is involved, both the regime and the people exhibit determined resistance.

There already has been much evolution in the direction and nature of the Islamic Republic during its nearly four decades of existence, although probably not as much as there would have been without the ostracism.  The large majority of Iranians today were born since the revolution.  Hijabs have inched above hairlines, and domestic life has become looser and freer.  Especially for the female half of the population, looking across the Gulf does not instill any ideas about better alternatives.

More important for U.S. and Western interests has been the evolution in Iran’s external policies.  Any hopes within the regime in the immediate aftermath of the revolution for like-minded revolutions elsewhere in the region have long ago been dispelled, as the realization sunk in that such revolutions were unlikely and that Iran’s system would survive anyway.  The most obvious form of Iranian state-conducted international terrorism—a campaign of assassinating exiled dissidents—effectively ended years ago, partly because of the regime's desire to have normal and fruitful relations with Europe.

Further evolution of the Islamic Republic of Iran and its policies in the years ahead will correlate directly with the extent to which it has normal political and economic interaction with the rest of the world.  Isolation and punishment would strengthen Iranian hardliners’ arguments that there is neither a possibility of, nor a payoff to be expected from, such interaction.  Bolstering of the hardline position in turn would mean diminished prospects for further liberalizing political change in Iran.  Conversely, increased commerce, foreign investment, and the economic development that go with them would strengthen the political position of those favoring normality in foreign relations, would increase the Iranian stake in even more peaceful normality, would loosen the grip of those in Iran whose economic and political power depend on isolation, and would increase Iranian exposure to ideas and examples of still more change.

One of the next big potential turning points in Iranian politics will be the selection of a new supreme leader; the current leader, Ali Khamenei, is 77 and not in the best of health.  There is talk in Tehran about how this transition may well entail not just the picking of Khamenei’s successor but also redefining the role of supreme leader.  Specifically, the thinking points to a role somewhat closer to that played by the senior Shia cleric in Iraq, Ali al-Sistani.  This would mark a further significant move away from Ayatollah Ruhollah Khomeini’s concept of the clerical jurisprudent.

Those in the United States seeking, or at least talking about, regime change in Iran should face up to how the best way to achieve such change is to let these processes that already are in train play out, and to encourage them with increased interaction and commerce between Iran and the West.  The change may not be sudden enough or violent enough to be described as a revolution with a capital R, but the change is even more likely than anything sudden or violent to be in a direction favorable for Western interests. This will be the course of Iranian history as long as we do not screw up the process with mindlessly applied isolation, economic punishment, and attempted subversion.

Image: Iran is spotlighted on a globe. Pixabay