5 Things Wrong with the Reaction to the Paris Attacks 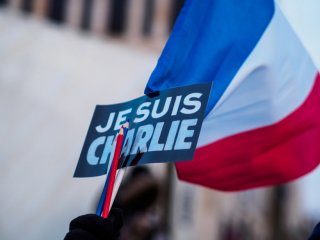 The responses, outside as well as inside France, to the recent attacks in Paris have become a bigger phenomenon, at least as worthy of analysis and explanation, as the attacks themselves. This pattern is hardly unprecedented regarding reactions, or overreactions, to terrorist incidents, but what has been going on over the past week exhibits several twists and dimensions that are especially misleading or misdirected.

1. Scale of the attacks vs. scale of the reaction. Seventeen people, not counting the perpetrators, died in the Paris incidents. With the usual caveat that the death of even a single innocent as a result of malevolently applied violence is a tragedy and an outrage, the response has been far out of proportion to the stimulus. The magnitude of what the Paris attackers did was modest by the standards even of international terrorism, let alone by the standards of all malevolently applied violence or of political violence in general. By way of comparison, about the same time as the Paris attacks the Nigerian extremist group Boko Haram conducted a massacre in a town in which probably several hundred, and possibly as many as 2,000, died. The international attention to this incident was minuscule compared to the Paris story.

Of course anything disturbing that happens in a major Western capital is bound to get more attention than an even bloodier happening in a remote part of an African country. Probably another reason why press coverage of the Paris story was enormous from the beginning was that the target of the first attack was part of the media, and that ipso facto makes the story of greater interest to the press itself.

But much of what we have been seeing over the past week is an example of how public and political attention to something, regardless of what that something is, tends to feed on itself. Once a certain level of salience is reached and enough people are talking and writing about a subject or an event, then for that very reason other people start talking and writing about it too. As the attention snowballs, political leaders feel obligated to weigh in and to appear responsive, regardless of their private assessment of whatever started the crescendo of public attention. Thus in the current instance even the White House feels obligated to answer for the president or vice president of the United States not having flown off to join a crowd in Paris.

2. Consistency vs. inconsistency in upholding free speech. With the initial attack being against the staff of a magazine, the whole story quickly became couched as one of upholding the right of free speech and freedom of the press (a particular reason for the interest of the press itself and thus the extensive coverage the press devoted to the story). Lost sight of amid the swell of street-marching champions of such civil liberties is the inconsistency in getting so worked up about this one affront to free speech but not to others. Surely we ought to be worked up as much about other, comparable limitations on free expression, especially when the power of the state is used to enforce those limitations. In France itself the state enforces a variety of such limitations—some of which might be offensive to those who were offended by what the magazine published, and some of which are apt to be offensive to other groups—often with criminal penalties attached. Of course, glaring examples become even easier to find outside Western liberal democracies. One thinks, for example, of the outrageous blasphemy laws in Pakistan. And last Friday Saudi Arabia administered the first 50 of 1,000 lashes as part of the punishment of a human rights advocate accused of “insulting Islam” because he established an online forum for discussing matters of faith. Some international protest was heard in response, but nothing remotely comparable to the outpouring in Paris.

3. Right to free speech vs. responsibility in exercising that right. The exerciser of free speech in question in Paris was a satirical magazine that seems to specialize in cartoons that are bound to offend a lot of people. It is fair to say that in the centuries of struggles for civil liberties, this is probably not one of the nobler vehicles for the cause. We are not talking Thomas Paine here. What is that “je suis Charlie” stuff supposed to mean? That we are all dedicated to putting down religious prophets? With most rights also go responsibilities, and prudence in the exercise of those rights, with an honest effort to bear in mind the consequences of what one does or says. Responsible, prudent exercise of a right does nothing to diminish or compromise that right.

We in the United States should have had occasion to think hard about such matters recently with the episode involving a comedic Hollywood movie that offended the North Koreans—and ordinary North Koreans, not only the regime, were offended. If North Korea conducts computer sabotage against an American company, we certainly should strongly object to that. But we also might imagine how we would react if a North Korean film company, or any other film company for that matter, were to produce a movie with a plot centered around assassinating the president of the United States. We would understandably object, and it is unlikely that we would be discussing the issue primarily in terms of artistic freedom or a right of free speech.

4. Unity vs. disunity among world leaders. That image of foreign leaders locking arms with President Hollande and each other suggests that they are of one mind about whatever they were marching down the avenue about. Don't believe it. It was a phony show of unity. Each one of those leaders had his or her own reasons for being there, involving politics back home as well as international politics, and not just to show solidarity and good will toward the French. This may have been most apparent with the graceless Benjamin Netanyahu, who rebuffed the French government's request for him to stay away rather than inserting his own agenda, but he was not unique in having an agenda. (Palestinian Authority President Mahmoud Abbas initially acceded to a similar French request for him to stay away, before Netanyahu's decision to crash the event made it politically necessary for him to come as well.) If President Obama had attended, it mainly would have been to avoid subsequent political criticism at home for not having attended. That is a bad basis for deciding how to apportion the president's time.

5. Debate about Islam. The Paris events have rekindled an old debate about whether the seeds of violent Islamist extremism can be found in the content of Islam itself. That debate had a surge a couple of decades ago when Samuel Huntington was writing about a clash of civilizations and about how Islam has “bloody borders.” The debate gets a renewed surge whenever, say, Congressman Peter King says something on the subject or events such as those in Paris transpire. The debate will never be resolved.

The debate as commonly framed is not very useful because even if those who argue that the content of Islam explains the motivations of those who commit violent acts in its name were right—and they are more wrong than right—that would not take us very far toward any implied policy recommendations. There still would be the fact that the great majority of adherents to the same religion are not violent and are not terrorists. There still would be nonviolent Islamist parties, movements, and regimes to deal with, and there still would be large Muslim populations whose emotions and preferences would have to be taken into account.

President al-Sisi of Egypt spoke the other day about the need for a reformation of Islam. Maybe he's right, but it certainly would not be up to Western governments to accomplish, push, or otherwise influence any such reformation. There probably isn't much else al-Sisi himself could do to accomplish it.

One of the essential policy-relevant points that Western governments do need to understand is that Islam provides a vocabulary for expressing a wide variety of ideologies (a fringe subset of which is used to justify violence). Another essential point is that notwithstanding the very wide array of ideologies and objectives found under the banner of Islam, there is a widespread sense of a single Muslim community or umma; what happens to one part of that community can become a grievance or inspiration for actions of another part, including a violent part.