Former CIA Officer: Why We Weren't Ready for the Coronavirus Outbreak 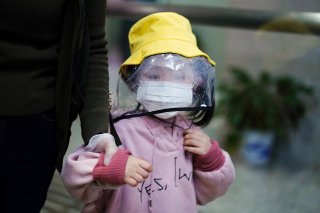 The covid-19 pandemic carries some lessons about the role of government in warning of calamity and responding to such warnings. In the past, the American public, political class, and press have not learned such lessons very well. The current crisis, along with the post-mortems and recriminations that inevitably will follow, is unlikely to be any different.

Response is Inseparable from Warning:

Organizations responsible for warning of nasty things to come—including intelligence agencies, with the wide range of foreign happenings they are expected to monitor, and the weather bureau, which is expected to forecast destructive storms—are only one part of a system in which another part is the policymaker’s response to the warning. Those doing the warning have a responsibility for getting their message across clearly and loudly enough to get the policymaker’s attention. But policymakers often have important and legitimate reasons not to respond in the way a warning might suggest.

An example is the terrorist threat from Al-Qaeda prior to 9/11. U.S. intelligence agencies provided an accurate picture of what Osama bin Laden’s group was trying to do, the role of the United States as a prime target, bin Laden’s whereabouts within Afghanistan, and his relationship with the Afghan Taliban. That raises the question of why the United States did not launch a pre-emptive military operation in Afghanistan before the 9/11 attack, similar to what it would do after the attack. The answer is that no U.S. administration could have mustered the necessary domestic and international support for such an expedition.  A decade earlier, President George H.W. Bush and his Secretary of State, James Baker, struggled to muster support for the forcible reversal of blatant Iraqi aggression against Kuwait. To launch a U.S. war in Afghanistan based only on warnings of likely future terrorist attacks was politically infeasible.

Economic considerations often are among the legitimate reasons policymakers do not spring into action in the direction a warning might imply. State and local officials were given a warning of severe weather face difficult decisions about evacuations that would cause significant economic disruption to their communities and that might—if a hurricane moves slightly more in one direction than another—turn out to have been unnecessary to save lives.

Covid-19 has been presenting a similar choice.  Governors have been making agonizing decisions about whether to order shutdowns that are hugely damaging to the economies of their states.  This is a problem not of warning but of painful and unavoidable trade-offs.

That there are legitimate reasons policymakers don’t always jump to respond to warnings does not mean that there are not also illegitimate reasons in play.  This has been true of the incumbent U.S. president, who until recently did not face squarely the difficult decisions that covid-19 was presenting but instead, for whatever personal and political reasons motivated him, downplayed the pandemic in ways that were inconsistent with the available information.

Warning is Not Prediction:

Those responsible for warning usually can describe a threat in terms of risks—possibilities and perhaps probabilities—but not certainties.  They lack, for either of two reasons, crystal balls to foretell specific events.  One reason, applicable to many of the manmade threats that intelligence agencies are charged with following, is the secrecy that adversaries use to protect their detailed operations.  Before 9/11, for example, the U.S. intelligence community issued a strong warning by identifying international terrorism and specifically bin Laden’s group as the number one threat to American national security but lacked the detailed operational information that would have been necessary to roll up the 9/11 plot.

Another reason is the complexity of processes—some human and some in the natural world—that are too complicated to permit predictions of specific future events.  The unrest that came to be known as the Arab Spring is an example.  The responsible portions of the U.S. government were well aware of the underlying social and economic stresses and the potential for upheaval, but the sequence of events that ensued from a Tunisian fruit vendor immolating himself ten years ago was unpredictable.

The covid-19 pathogen and its early history in China are a lot like the fruit vendor’s action.  The Washington Post reports that U.S. intelligence agencies issued “ominous” warnings in January and February about the global danger that the coronavirus posed and about how Chinese authorities were then minimizing the true extent of the outbreak.  Good for those agencies, but they did not predict, and could not be expected to predict, when the virus would enter the United States, much less predict the economic consequences of the pandemic.

In this regard, some of the outrage against Senator Richard Burr (R-NC) and his financial transactions has been misplaced. It is unlikely that he received in any classified briefings the sort of inside dope which has been the stuff of past insider trading cases involving members of Congress and entails unannounced failures or successes of individual companies.  Burr still had to do his own thinking about the possible implications of the emerging epidemic for his portfolio.  What was objectionable about Burr’s conduct was not his sales of stock but rather that he was parroting in public the White House’s assertions that the covid-19 threat was contained while revealing in more private communications that he didn’t believe that.

Don’t expect the intelligence warning about covid-19 to figure positively in any future scorecards of the intelligence community’s performance, which will continue to be dominated by a familiar mantra invoking past failures or perceived failures.  The successes are forgotten and failures are remembered. Trump and his supporters, more in need of scapegoats than ever, will have their own reasons, partly related to the issue of Russian election interference, to search for ways to blame intelligence for the current crisis, even as the administration efforts to politicize the intelligence community proceed apace.

Partisanship has figured prominently in the past spinning of post-mortem examinations of calamities and the warnings that preceded them.  An example is how the Senate intelligence committee—the committee Burr now chairs—treated intelligence community assessments that, prior to the U.S. invasion of Iraq in 2003, warned of a political, economic, and security mess likely to follow the ouster of Saddam Hussein.  The division was so sharp between Democrats and Republicans—with the latter being eager to downplay the prescience and significance of the assessments—that the committee was unable to issue a consensus report on the subject.

When commissions and congressional committees get around to assigning blame for the covid-19 pandemic, expect more of the same—more partisanship, and more attempts to focus on warning rather than response.  Trump already is trying to rewrite history on this subject, even though his rewrite is an inconsistent mash-up of assertions that he knew all along that it was a pandemic with accusations that others did not sufficiently warn of a pandemic.

Expect also a repeat of the past pattern in which those who want to assign blame to those who warn will argue that the warnings did not “predict” precisely the ensuing events.  The intelligence community probably will again be a target.  This time the Centers for Disease Control and Prevention might also be a target, although Anthony Fauci has gained enough public respect and credibility—through straightforward public statements that contrast markedly with Trump’s tergiversations on the subject—that his organization may be less vulnerable to such tactics.