How to Protect Liberal Democracy 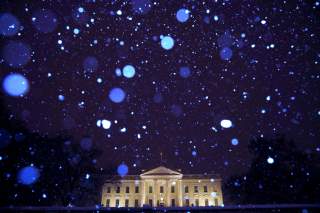 The acquisition of power, through the ballot box, in a democracy by political forces that undermine that very democracy—by surreptitiously channeling the influence of a foreign state or by using authoritarian tactics to retain power—is the stuff of thriller fiction. It is grist for stories like The Manchurian Candidate. In a democracy such as the United States, such scenarios present political quandaries for some of the same reasons that they offer captivating material for writers of fiction.

The security services that are supposed to guard against such subversion must answer to elected political leaders, lest such services become threats to democracy themselves. But what happens when elected leaders are the ones suspected of being instruments of foreign influence or implementers of authoritarian tactics? How should one react to news that the FBI had opened a counterintelligence investigation on President Donald Trump and on the possibility that he had been working on behalf of Russia against U.S. interests? The FBI is part of the executive branch of the U.S. government, which the president heads. What can be the result of such an investigation?

The United States is not the only liberal democracy and not alone in facing similar quandaries. This month Germany’s domestic intelligence agency, the Federal Office for the Protection of the Constitution (BfV), announced that it had begun monitoring the right-wing Alternative for Germany (AfD) as a threat to the country’s democracy. The AfD is not in power but it is the largest opposition party, having won ninety-two seats in the Bundestag in a free and fair election in 2017. There is reason to be uneasy about an internal security service, which ultimately reports to leaders of parties in the governing coalition, investigating the main opposition party.

But the threat the BfV perceives is real. Leaders of the AfD have repeatedly questioned some of the tenets of liberal democracy. Party co-leader Alexander Gauland last year dismissed Hitler and the Nazis as “just bird poo in over 1,000 years of successful German history.” The Nazi experience has made Germany especially sensitive to any anti-democratic tendencies, but no liberal democracy should have to live through a horrible Nazi-like episode to protect itself (and humanity) from such horrors occurring in the first place.

The FBI’s counterintelligence investigation into Trump was triggered by signs of foreign influence rather than home-grown authoritarianism. There is no reason to assume that the FBI officials involved want to create controversies for themselves, and so they must have had a sound basis for opening the investigation. It is how to close the investigation, however, rather than whether to open it, that is the trickiest question. The findings can’t just be reported up the chain of command, given that the principal target of the investigation is at the top of that chain. As former FBI agent Asha Rangappa concludes in a recent opinion piece, the only option to neutralize such a threat is exposure—to the American public or, to the extent classified information is involved, to the public’s representatives in Congress.

Protection of the republic against subversion involving elected leaders must go beyond finessing the problem of any one president. Exposure of threats is necessary for protection, but so is a recognition of how fragile are the habits on which liberal democracy in America rests and how vulnerable the nation is to such threats.

Regarding the influence of foreign states on U.S. policy, recognition begins with an acknowledgment of how much influence is successfully exerted already, even if the methods for doing so are not generally regarded as subversion and differ from those involved in accusations about Trump and Russia. The most glaring example of successfully exercised influence of a foreign state, made all the more glaring by the Trump administration’s policies, is the influence of the right-wing government of Israel. Laws about registration of foreign agents are supposed to provide transparency and to keep influence above the table rather than below it, but enforcement of these laws has been politicized and incomplete—itself another mark of how successful the foreign influence has been.

When Foreign Influence is a Problem

Conformity between U.S. policy and the preferences of a foreign state is not ipso facto bad. U.S. interests neither totally agree nor totally conflict with those of other states. The question to ask is “cui bono?”—to whom is it a benefit? A complete version of the question also asks to whom an action or policy is a harm. In the case involving Israel, for example, a series of U.S. actions during Trump’s presidency, from one-sided treatment of the Jerusalem issue to providing diplomatic cover for continued expansion of Israeli settlements in Palestinian territories, brings no benefit and only harm to the United States, including by destroying any claim of the United States to be an honest broker and by helping to perpetuate a destabilizing international conflict.

In the case of Russia, Vladimir Putin was not necessarily wrong when he said that Trump had “done the right thing” by announcing a withdrawal of U.S. troops from Syria. In Syria and in some other places, Russian and U.S. interests are not zero-sum. But many other postures and policies of Trump, resulting in a shredding of good relations within the Western alliance and a plummeting of global trust in the United States, are clearly harmful to the United States and just as clearly to the liking of Putin’s regime. Many details of the Trump-Russia relationship have yet to surface, but the expanded version of the “cui bono?” question already has been answered.

As for subversion involving home-grown authoritarianism, the first step in protection is again to recognize how vulnerable the United States is. It is more vulnerable than most Americans would acknowledge. Americans falsely feel reassured by not having lived among Nazis and not having any revolution since the one that gave birth to the country in the eighteenth century.

Simple prejudice is involved. For most Americans, destabilization of democracy is something that happens to other people in other lands. American commentators apply the concept of “one man, one vote, one time”—the danger that the winner of a democratic election will cling to power through nondemocratic means—almost exclusively to Islamist parties, even though there is no good reason to apply it so narrowly. This form of Islamophobia underlay U.S. condoning of a military takeover in Algeria in the early 1990s that was aimed at precluding an expected election victory by an Islamist party. Today Algeria remains under the boot of le pouvoir (“the power”) and struggles with democracy.

Here in the United States, how else can such techniques as legislators gerrymandering their own districts, and using voter suppression laws to impede voting by the opposition’s supporters, be described except as an attempt to implement, even if just in pieces, a policy of one man, one vote, one time? There may not be anything shadowy involved, but the techniques constitute an attempt to convert temporary power into permanent power by corrupting democratic procedures.

Partly because the United States has not had anything like the Nazi episode, it does not have a true counterpart to Germany’s BfV. The FBI’s counterintelligence investigation of Trump is limited not only by the political delicacies involved but also by laws narrowly designed to counter the activities of foreign intelligence services. Protection of America’s liberal democracy requires much more than that, and even more than what falls within the purview of Special Counsel Robert Mueller. It requires exposure of the dangers and public recognition of the vulnerability of American democracy. And it requires the public to recognize that it is not just in fiction that leaders whom the public itself has freely elected may undermine that democracy.