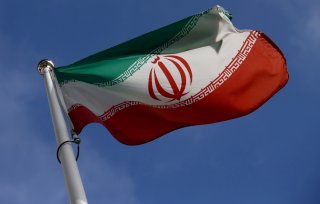 Now that a return to compliance with the Joint Comprehensive Plan of Action—the multilateral agreement that restricts Iran’s nuclear program—appears to be back on track though by no means assured, it is worth recalling how exceptional are the restrictions to which Iran subjected itself by signing this accord. They are much more limiting than the general rules that are applicable to other nations and under which a country that isn’t Iran can, for example, enrich as much uranium as it wants. Some states have eschewed international rules and monitoring altogether—such as a state elsewhere in the Middle East state that has built what it does not acknowledge but is widely understood to be an arsenal of nuclear weapons.

Iran got nothing special in return for accepting the extraordinary restrictions and monitoring under the JCPOA. Tehran was not looking, for example, for the kind of U.S. assistance with its nuclear program that some states on the other side of the Persian Gulf have obtained or sought for their own nuclear programs. All Iran expected was to be treated normally, like any other state, as far as trade and commerce are concerned.

The United States did not give up anything, in the form of assistance or anything else, in agreeing to the JCPOA, apart from lifting sanctions whose purpose was to induce Iran to engage in the very sort of negotiations that produced the JCPOA. Lifting the sanctions was a plus, not a minus, for the U.S. economy.

The United States did not even have to fulfill its obligations under the JCPOA until after Iran had verifiably fulfilled all of its own—including giving up most of its enriched uranium, ripping out centrifuges, gutting a nuclear reactor, and completing all of its other actions required under the agreement. Afterward, private sector fears and inertia prevented Iran from getting the normal trade and associated economic benefits it had expected from the agreement, even before the Trump administration totally reneged on U.S. obligations in 2018 and launched unrestricted economic warfare against Iran.

Against that background, it is unsurprising that many in the Iranian regime, especially of the hardline persuasion, believe that Iran got the short end of the deal. It also is unsurprising that today Iranian Supreme Leader Ali Khamenei speaks of the need to “verify” the lifting of U.S. sanctions and that he and other Iranian officials, feeling burned by their previous experience, refuse to give up all of their leverage before being assured that the United States is coming fully into compliance with the JCPOA.

As favorable as the JCPOA is to the United States—and to the cause of nuclear nonproliferation—it has had the unfortunate side-effect of sustaining the idea that Iran should be singled out for treatment and be subject to standards that get applied to no other state in the region. A specific set of circumstances made the JCPOA possible—in which Iran evidently had decided that pursuit of a nuclear weapon was not in Iranian interests anyway, and so the Iranians were willing, with teeth gritted, to sign up to an agreement that closed all possible paths to such a weapon for Iran and only Iran. That does not mean that on other, non-nuclear, matters, singling out Iran in a similar way would be either reasonable or acceptable to any Iranian leader, especially on matters Iranians consider important for their national security.

Iranians live in a tough neighborhood. Several regimes in the region ruthlessly employ methods of projecting power and influence that are contrary to international law and international norms. Iran on multiple occasions has been on the receiving end of such methods. The ingredients in almost any bill of particulars against Iran that is commonly voiced in American discourse are not specific to Iran.

Take as an example the ritual invocation of terrorism, as in the now-cliched phrase “number one state sponsor of terrorism.” Iran has indeed used some terrorist methods, especially during an earlier part of the four-decade history of the Islamic Republic, most visibly in the form of extraterritorial assassinations of exiled dissidents. But Iran is not where the main action is today in the extraterritorial assassination game. In recent years, the most salient play in that game in was Saudi Arabia’s brutal murder in Turkey of dissident journalist Jamal Khashoggi. The most active and expert player in the game is Israel.

Broader regional policies that might get the “terrorism” label affixed also don’t point to Iran any more than to some other Middle Eastern states. In Syria, Iran has supported the incumbent, fifty-year-old Assad regime. The Al Qaeda types are on the opposite side of that civil war and have received support not from Iran but from Gulf Arab states.

In Iraq, Iran has supported—along with the United States—the Iraqi regime in the extinguishing of the territorial “caliphate” erected by the Islamic State, also known as ISIS. The support was provided mostly through Iraqi militias that are not just Iranian proxies, despite often being misleadingly labeled as such, but are important parts of the Iraqi security apparatus.

The image of Iran as a one-of-a-kind terrorist state was further promoted by the Trump administration’s piling on sanctions against Iran in the name of terrorism, even though that move was not a response to any Iranian conduct but instead the disingenuous building of a “sanctions wall” intended to impede the next administration’s ability to save the JCPOA.

Iranian actions over the past decade that meet the State Department’s definition of terrorism have been responses to similar actions by others against Iran. Some not very successful attacks aimed at Israeli diplomats were likely attempts to retaliate for a series of assassinations of Iranian nuclear scientists. Israel resumed its assassination campaign with a hit last November on another Iranian scientist. Is Iran to be singled out for terrorist attacks when the actions it is responding to, are every bit as much acts of terrorism, are ignored or condoned?

A similar pattern exists with destabilizing political violence in the Middle East that may not meet the definition of terrorism and includes overt use of military force. Iran has been doing nothing like Saudi Arabia’s devastating and still continuing air war against Yemen or Israel’s continuing aerial assault in Syria, apparent initiation of an undeclared naval war in the Red Sea and the eastern Mediterranean, and continuing cyber sabotage. Actions Iran has taken, as with an unmanned aerial strike against Saudi oil facilities in September 2019, were again reactive—in that case in response to the Trump administration’s attempt to destroy Iran’s own oil trade.

The legitimate defense capabilities of Middle Eastern states exhibit yet another similar pattern. This is true of the much-mentioned topic of ballistic missiles. Yes, Iran has missiles, but so do other Middle Eastern states, and some of those missiles are aimed at Iran. It was Saudi Arabia that kick-started a Middle Eastern missile race when it secretly acquired a fleet of Chinese-made intermediate-range missiles in the 1980s. Also pertinent to this topic is the outmoded and decrepit state of Iran’s air force, leaving missiles as one of its few ways to deter regional adversaries. What would be the justification for restricting that deterrent if comparable forces of the adversaries were not similarly restricted?

Three main conclusions follow from the foregoing. One is that the habitual American fixation on Iran—rooted in history and domestic politics—yields a distorted and seriously incomplete picture of the sources of insecurity and instability in the Middle East.

Second, the JCPOA—the multilateral agreement that is currently in the balance—should be recognized as a fortuitous and successful way to deal with the nuclear issue. No attempt should be made to stretch it into other issues and make it into something it never could have been when it was negotiated and is still infeasible now.

Third, if the JCPOA survives, follow-on negotiations on issues that involve Iran will need to move beyond a narrow focus on Iran. The only feasible agreements that would affect Iranian missiles, for example, would be ones that apply restrictions, such as range limitations, to other Middle Eastern states as well. More broadly, the path to a more stable and secure Middle East lies not through more attempts to cripple a single player in regional rivalries but instead in managing the differences among all the rivals and finding ways in which they can co-exist in peace. Iran itself has offered some ideas along this line, but so have others.