ISIS and the Reversible Stages of Revolt 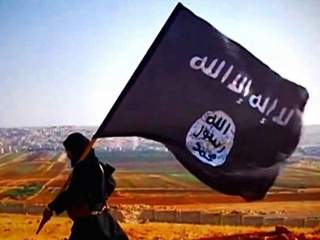 Large-scale armed insurrection tends to move through identifiable phases that correspond roughly to what Mao Zedong described many years ago. In Mao's formulation, the first of three phases emphasizes organization, propaganda, and the establishment of cadres and a presence in the areas in which the revolutionary movement intends to operate. The second phase is more violent and typically includes operations we would describe as terrorist attacks, as well as larger scale guerrilla warfare. The purposes of this phase include demonstrating the strength and vitality of the movement and eroding the will and resources of the adversary. The third phase includes a transition to conventional military operations, on a big enough scale to sweep to a final victory. This sequence tracks the history of the Chinese Communist Party's road to power and, in modified form, the strategy and trajectory of some other movements such as the Viet Minh.

Such strategies do not always succeed. Groups such as Sendero Luminoso (Shining Path) in Peru and the Tamil Tigers in Sri Lanka followed a similar course of using terrorist attacks and rural-based guerrilla operations as steps in growing strong enough to challenge for power. In their cases they followed that course successfully for a good while, and came to pose a very serious challenge to the established order in each of their countries before being finally beaten.

Failure of the strategy can involve, as long as the movement is alive, a walking back from a later phase of operations to what was supposed to be only an earlier one. Failure at conventional military operations and large-scale guerrilla warfare may mean resorting to small-scale terrorism. Sendero Luminoso still exists, and is on the U.S. official list of foreign terrorist organizations, even though the Peruvian military essentially defeated it about a decade ago. Something similar occurred with the Algerian war for independence, even though the National Liberation Front (FLN) achieved its political objective of becoming the ruler of an independent Algeria. The FLN won politically when Charles de Gaulle bowed to the inevitable in satisfying Algerian nationalist aspirations, but the French army had bested the FLN militarily. By the time Algeria got its independence in 1962, the FLN's violent operations had been reduced to sporadic terrorism. Those operations were matched on the other side by terrorist operations of the Secret Army Organization, consisting of French settlers and renegade military officers who resisted giving up Algeria.

The radical Islamist group known as ISIS has exhibited some of the same sequencing as have other violent movements, although ISIS has tried to compress the schedule significantly, especially with its proclamation of a caliphate. (Mao didn't proclaim establishment of the People's Republic of China until October 1949, when his party had won the Chinese civil war and the opposition Nationalists were fleeing to Taiwan.) The compression has helped ISIS in catching the opposition by surprise. One major reason for the initial dramatic gains of territory by ISIS in Iraq was that the Iraqi army was trained and equipped at the time to deal more with insurgency than with larger conventional attacks, which was the form that much of the ISIS offensive took.

In more recent months ISIS has lost ground, literally and especially in Iraq. The recapture of Ramadi by Iraqi government forces is part of that development and reflects an improved ability by those forces to deal with the late-phase conventional operations to which ISIS had moved more quickly than anyone expected. ISIS has been exhibiting other strains and difficulties, including in trying to keep its fighters paid. The group's longer term prospects are still handicapped by its having no allies, and by a record of rule that is abhorrent to most people who have witnessed it directly and that has little appeal to anyone other than those on the ISIS payroll who are on the dispensing rather than the receiving end of the group's cruel variety of governance.

As ISIS declines, it is likely to resort increasingly to international terrorism. It will do so for the same general reasons that other movements that have been pushed backward along the Maoist timeline have focused on terrorism. If one is not succeeding in large conventional operations, one relies more on smaller asymmetric ones. In the case of ISIS, increased reliance on international terrorism should be all the more apparent in that it represents a departure from the group's earlier focus—much different from the strategy of al-Qaeda—of concentrating on building and expanding its so-called caliphate. The terrorism will serve the purpose of demonstrating continued vitality of the group and keeping it on the mental maps of potential recruits.

We will need to recognize such a change in emphasis for what it is, as well as recognizing the reasons for it. There will a tendency to equate more ISIS international terrorism with greater overall ISIS strength. Bowing to that tendency will be an error in analysis, and it will play into the hands of the group. The decline of ISIS will be violent. The violence should be taken seriously and must be dealt with, but when a decline is occurring we nonetheless should understand that it is in fact a decline.