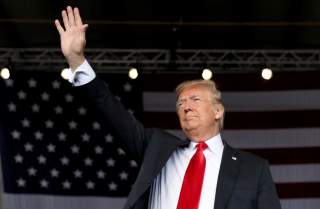 It would be a profound mistake to overlook the Mueller report’s detailed account of a foreign government’s multifaceted efforts to interfere in a U.S. election. Russian efforts extended not only to the already well-known trolling and manipulation of opinion but also to hacking that included attempted intrusions into county election offices and election technology companies, according to special counsel Robert Mueller. Although there is no evidence that the intrusions changed any vote totals, the first lesson about foreign governments and U.S. elections is clear: beware of such governments—and not just Russia—as a possible threat to the independence and integrity of U.S. elections.

Another lesson worth learning involves not what foreign governments do that is threatening but instead the favorable example they set for how the United States could do better—much better—in conducting its own elections. It is easy to find such exemplars among the stable, well-established democracies of, say, Western Europe. But lessons can also be drawn from countries that are less western and where democracy is less well-established. A couple of such countries have been holding elections this month.

One is Israel, which recently elected a new national legislature. Israel’s claim to being democratic is grossly vitiated by the denial of political rights to large parts of the population that inhabit territory that Israel rules, whether or not it ever takes the step of formally asserting sovereignty over any of that territory. But for the privileged parts of Israel’s population who can exercise the rights of citizenship, Israel really knows how to run an election very well. All citizens are automatically registered to vote upon reaching the age of eighteen. Election day is a national holiday. Special arrangements are made to accommodate those, such as public safety employees, who nevertheless have to work on that day, as well as for people who are confined to hospitals or are inmates in prisons. Free public transportation is provided to those who have to travel back to their local neighborhood to vote. Enough polling stations are established so that each one serves no more than a few hundred voters.

Another example is India, which has begun a multistage national election that will stretch over several weeks. India is strongly committed to ensuring that every one of its nearly nine hundred million eligible voters will have a chance to vote, unimpeded by distance or other hurdles. This requires an enormous effort in which more than eleven million security personnel and other government employees temporarily become election officials.

Indian election rules dictate that no voter should have to travel more than two kilometers to vote. In remote areas, the burden is on the government rather than the voter to bring citizens and polling places together. The Washington Post tells the story of how one team of government-employees-turned-election-workers traveled for hours along mountain roads and trekked further along slippery paths, carrying a portable voting machine, to collect the vote of a single woman in a remote hamlet in the northeastern corner of the country.

Such commitment to inclusive democracy is the opposite of the impediments that many voters unfortunately encounter in the United States, in the form of long lines, short voting hours, or unjustified challenges to their eligibility to vote. The impediments are partly due to the same inattention to public services that produce crumbling roads and bridges. They also are due to one political party having decided that low voter participation will hurt it less than it hurts the opposition party. The impediments to voting are one reason recent objective assessments of democracy have been giving American democracy mediocre marks. During the last couple of years the Economist Intelligence Unit’s annual ranking of countries’ adherence to democratic values has assessed the United States to be only a “flawed” democracy rather than a “full” one.

An underlying fragility of India’s democracy, despite the strong commitment to voter participation that the current Indian election demonstrates, was exhibited in the 1970s when Prime Minister Indira Gandhi declared a state of emergency, imposed martial law and threw opposition politicians into jail. In an apocryphal remark, U.S. Ambassador Daniel Patrick Moynihan is said to have joked to President Gerald Ford, “Look at the bright side, Mr. President: during your presidency the United States became the world’s largest democracy.” Not apocryphal was Moynihan’s more serious comment: “When India ceased to be a democracy, our actual interest there just plummeted. I mean, what does it export but communicable disease?”

Although the United States has much more than that to export, its adherence to liberal democratic values—of which the right to vote is one of the most important—has traditionally been a major shaper of its image and influence overseas. It behooves the United States to spend more effort and attention on repairing democracy in the homeland than it has done in recent years—and more than any effort to impose democracy in someone else’s country.