The Multiple Facets of the Russia Problem 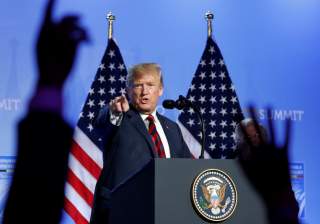 Two different issues—Russian interference in the U.S. election of 2016, and overall U.S. policy toward Russia—too often have been conflated. Donald Trump’s questioning of the interference and his submission to Russian president Vladimir Putin have tainted what in other circumstances would be seen as reasonable and justified engagement with Moscow. Conversely, some observers firmly opposed to Cold War-type confrontation with Russia are so affected by the first type of conflation that they deny the reality of the interference. Both forms of distortion fail to recognize that there is nothing inconsistent, in terms of either logic or policy, in accepting the truth about the interference and its implications, while also accepting the need for constructive diplomacy with Moscow on many other matters.

Even before the special counsel’s most recent indictment, what journalists had uncovered about the cyber portion of the Russian interference effort should have convinced everyone that the subject was no fantasy or witch hunt. Now with this indictment—so remarkably detailed that the Russians must be wondering how much else the United States knows about Russia’s military intelligence activities—there can be no doubt about the hacking portion of the Russian interference program—though Department of Homeland Security chief Kirstjen Nielsen has created fresh controversy on Thursday with her bogus claim, “I haven’t seen any evidence that the attempt to interfere in our election infrastructure was to favor a particular political party.” Any remaining deniers are people who for whatever reason are committed to believing otherwise and refuse to acknowledge that their earlier skepticism was incorrect. Such refusal is found mostly on the political left, especially among those predisposed to doubt anything coming out of a supposed U.S. “deep state.”

The persistent conflation appears not only on the left. For example, the distinguished former U.S. ambassador to Russia, Jack Matlock, in an op-ed written before the most recent indictment, evidently was so distressed by how diplomacy toward Russia has been preempted by the mess involving Trump and the election that he, too, resorted to trying to knock down the intelligence community’s judgments about the interference campaign. An example of how far he stretches in endeavoring to do that is his response to the community’s disavowal of any attempt to assess the impact the Russian activities had on the outcome of the election.

Matlock writes, “Now, how can one judge whether activity ‘interfered’ with an election without assessing its impact? After all, if the activity had no impact on the outcome of the election, it could not be properly termed interference.” But interference is interference, regardless of how much of the intended effect it did or did not have. Even if the effect was significant, the outcome of the 2016 election rested, of course, on much more than just the Russian efforts—including voters’ malaise, Hillary Clinton’s mistakes, James Comey’s announcements, wealthy donors’ campaign contributions, and countless other aspects of domestic politics that the intelligence agencies have no business assessing and quite properly did not try to assess.

The first problem needing attention is overall U.S. policy toward Russia. This is surely one of the most important segments of U.S. foreign policy. There is plenty to talk about with the Russians, from Syria to arms control to Ukraine and much else. A prudent, well-designed, realist policy toward Russia would advance U.S. interests by carefully taking into account where those interests conflict with, and where they parallel, Russian interests, and would judiciously use carrots and sticks designed to induce Russian cooperation. High-level engagement would be part of such a policy but only a part. This is not the sort of policy that was implemented in the ill-prepared meeting in Helsinki. That meeting instead was another show in which Trump claimed that everything was handled horribly until he came along, and that thanks to his brilliance things are now hunky-dory. With nobody else except interpreters in the room, it is as plausible to assume the worst about what took place between the two presidents as to assume the best. It is especially plausible to assume that the interests motivating Trump were the interests of Donald Trump more than the interests of the United States. The meeting was a gift (or a payment) to Putin.

The second problem is Russian interference in the U.S. democratic process. Now that the extensive interference in 2016 is established as a fact, Americans need to reflect deeply on the implications. The further fact that, in my view, Trump has subcontracted his policies at least as much to certain Middle Eastern states as he has to Russia does not diminish the significance of what Russia has done. That much influence by any foreign power, over any U.S. election or any U.S. president, is a corruption of American democracy, as well as being a recipe for policies that are less in the interest of the United States than of the foreign state.

The third problem is that the United States currently has a president who very likely has been personally compromised by, and feels beholden to, Russia. Although past presidents have had individual likes and dislikes for specific foreign states—going back to the early days of the republic, when Federalists and Jeffersonian Republicans had different sentiments toward Britain and France—Trump poses the first instance of foreign connections raising a fundamental question of loyalty.

Putin could hardly have made the script for Trump’s conduct at the recent NATO meeting any more to his liking—and any better designed to foment division and distrust within the Western alliance—than the way Trump actually behaved. A further indication has been Trump’s reluctance to acknowledge, even after the recent detailed indictment, the Russian interference in the election. In Helsinki the world saw the extraordinary spectacle of a U.S. president, when invited by a reporter to say directly that Trump believes his own intelligence agencies’ findings and to warn Russia about future election meddling, refusing to do so and instead acting as a front man for the Russian president.

Trump’s attempt to backtrack the next day in response to a firestorm of criticism is not convincing. His answer in Helsinki was not just a double negative that Trump says he stumbled over but instead was another of his rambling excoriations of the FBI and the whole Russia investigation. Trump has repeatedly denounced the conclusions U.S. agencies have reached on this subject, beginning during the 2016 election campaign after Trump received a classified briefing on the subject and continuing in unscripted remarks during other foreign travel last year and on other occasions.

The fourth problem goes beyond Trump: it is that members of his party, in aiding and abetting Trump’s conduct as it relates to Russia, have been placing partisan goals above any serious effort to address problems two and three. In fact, they have actively subverted efforts to address those problems. The subversion has included Mitch McConnell refusing during the 2016 campaign to sign a bipartisan statement condemning the Russian interference. This refusal is part of the background that renders ridiculous Trump’s attempt to blame the interference on the Obama administration, which obviously needed a bipartisan response to avoid appearing to interfere itself in the election. (Another part of the background was Trump’s own open appeal to the Russians to hack into Hillary Clinton’s email, on what we now know was the very day they started their hacking.)

The subversion includes Devin Nunes’ making a hash of Congressional oversight in an effort to discredit the intelligence community’s findings about the Russian program. It includes browbeating of FBI officers in a fruitless attempt to find evidence of bias in the investigation of that program. It includes a groundless effort to impeach the deputy attorney general, who oversees the special counsel’s investigation and announced the recent indictment. Justice is being obstructed, and it is not only Trump who is doing the obstructing.

This fourth problem is in many respects the most intractable one of all. It reminds us that Trump is not just a one-off national nightmare that will end when he leaves office. The problem has political and social roots that go far beyond Russia-related issues. Its resolution might require nothing less than a a reconstruction of the American party system.

Image: U.S. President Donald Trump takes questions from the media during a news conference after participating in the NATO Summit in Brussels, Belgium July 12, 2018. REUTERS/Kevin Lamarque