Playground Dares and the Labeling of Terrorism 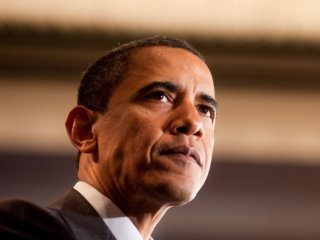 One of the more inane memes in current rhetoric in the United States about terrorism is that President Obama supposedly isn't recognizing terrorist threats for what they are because he does not utter a certain phrase in talking about them. In an interview this week, for example, Ted Cruz slammed the president's recent address to the nation about terrorism because he did not use the label “radical Islamic terrorism”. Retired army general Michael Flynn, who even when on active duty liked to tell how everyone else is screwing up except himself, used an extended version of the meme in the course of promoting a book he is co-writing with neocon ideologue Michael Ledeen. (Ledeen is the source of the eponymous doctrine according to which “Every ten years or so, the United States needs to pick up some small crappy little country and throw it against the wall, just to show the world we mean business.”) Flynn says they are writing the book to show that “war is being waged against us by enemies this administration has forbidden us to describe: radical Islamists.”

Such rhetoric totally disregards what the incumbent president, and others in his administration, actually have been saying. No one is forbidding any accurate descriptions of terrorist threats, and no one is shying away from making clear that the principal current threats are radicals who commit terrorism in the name of Islam. In that same presidential address, Mr. Obama spoke of how there is no “denying the fact that an extremist ideology has spread within some Muslim communities.” He pointed this out in the course of making the further point that Muslim leaders around the world must “decisively and unequivocally reject the hateful ideology” that has developed within their religious community and in the name of their religion. What would use of the exact phrase “radical Islamic terrorism” have substantively added to this presidential speech? Absolutely nothing, of course. The only thing that use of a shorthand phrase prone to misinterpretation and incitement would do is—as George W. Bush as well as Barack Obama recognized—to increase the chance of misinterpretation and incitement.

What the attacks on the president for not voicing a certain phrase are most reminiscent of are playground dares that sixth graders might make: to say a dirty word that everyone knows will upset the grown-ups.

When President Obama uses prime time to talk in detail to the American people about the nature of the terrorist threat from radical Muslims, Cruz doesn't want the people to receive such instruction. The president, said Cruz, behaved “like a condescending school marm lecturing the American people against Islamophobia. In the aftermath of a terrorist attack, we don't need the president who believes he's our intellectual and moral better lecturing the American people." So simplistic and potentially inflammatory catchphrases are a better way to address a problem than detailed and careful description of the problem? Really helpful, senator.

All of this in one respect consists just of drops in a sea of the usual partisan invective and rhetoric. But the need for the care that Presidents Bush and Obama both have exercised on this subject is now greater than ever. Donald Trump's excesses have been only the most salient part of a pattern of attitudes and demagoguery that extends well beyond Trump. It certainly extends to other presidential candidates who want to pick up Trump's supporters when his candidacy finally collapses, and who have been making their own proposals and pronouncements tinged with Islamophobia and replete with religious tests. What appeals to Islamophobia at home nurtures the image abroad of an America that hates and represses Islam. That image feeds the very Islamist terrorism to which people like Cruz are so anxious to apply their favorite labels. And in that respect the meme about the choice of words in presidential statements is not just inane; it is damaging and dangerous.