A President Without Purpose 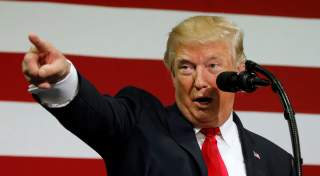 Because Trump is not enjoying the duties of president, he is unlikely to run for a second term in 2020, if he lasts that long.  He already is the oldest person ever to be inaugurated as U.S. president.  He does not want to go out as a loser—the ultimate Trumpian pejorative.  He is smart enough to realize that four years will be enough time for the divide between faux-populist rhetoric and non-populist performance to become apparent even to the Rust Belters who put him over the top in 2016.