The Real Reason to Worry About Security Agencies’ Domestic Collection 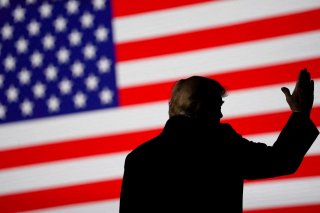 The release last week of a partially declassified letter that Senators Ron Wyden (D-OR) and Martin Heinrich (D-NM) wrote last April to the director of national intelligence and director of the Central Intelligence Agency (CIA) recalls a prominent issue of a few years ago—national security agencies conducting broad collection of data that could cover activities of Americans and be considered an affront to their privacy. Wyden and Heinrich’s heavily redacted letter requests information on an otherwise unspecified “bulk program” of collection by the CIA. The more prominent issue from a few years ago centered on collection of telephone usage data by the National Security Agency (NSA), the primary organization responsible for collecting signals intelligence in support of U.S. national security.

The NSA program, which focused on the collection of telephonic “metadata” (phone numbers and times of calls, as distinct from the content of calls) was part of an intensified counterterrorist effort in the wake of the 9/11 attacks. As such, it was similar in purpose and spirit to enhancements to the Federal Bureau of Investigation’s counterterrorist capabilities and authorities, as provided for in the USA Patriot Act of 2001. Most of the American public and the politicians who represent them not only tolerated these expanded efforts from U.S. security agencies; they demanded such efforts in the militant, take-the-gloves-off atmosphere that prevailed in the years immediately following 9/11.

As time went by without another 9/11, however, the pendulum that is the public mood started swinging back, and the political mood in Congress swung with it. The appetite for gloves-off expansion of intelligence and investigative activity abated and expressed concerns about supposed privacy-invading powers of security agencies increased.

The treasonous activity of former NSA employee Edward Snowden hastened this change in mood. Although most of Snowden’s wholesale disclosures—before he put himself in the care of the Russians—compromised normal, legitimate U.S. overseas collection of signals intelligence and had nothing to do with the privacy of Americans, he was able to pose as someone blowing a whistle on questionable domestic collection.

Now another attack on the American republic, different from Snowden’s, has come to light and involves NSA—or would have, if the plan involved had come to fruition. One of a number of efforts following the November 2020 election to overturn the result of that election and to keep losing candidate Donald Trump in power, it is described in a memo that the Washington Post obtained. The plan involved using the powers of NSA to comb through raw intercepted communications—which necessarily would have included communications of Americans—in an effort to show that foreign powers had intervened in the election on behalf of Joe Biden. The chief promoter of the plan appears to have been a failed Republican congressional candidate named Michael Del Rosso, who floated the idea with a couple of incumbent Republican senators and was part of larger election-overturning strategizing led by pillow salesman and Trump acolyte Mike Lindell.

There is no indication that the scheme ever made it to Trump himself, and the outgoing president did not order NSA to do any such thing. But if he had, officials at NSA might have had difficulty rebuffing the scheme. Foreign interference in U.S. elections is a legitimate and important target for U.S. intelligence, as underscored by the extensive and well-established Russian interference in favor of Trump in the 2016 election. It might have been hard for NSA officials to say no to a pro-Trump fishing expedition, even though there was no indication of any foreign interference on behalf of Biden in 2020 and even though the fishing, far from being intelligence work in support of American democracy, would have been part of a scheme to overthrow American democracy.

Against the backdrop of this kind of scheme, the earlier concerns about privacy and NSA’s bulk collection of metadata barely seem worth worrying about. The collection was solely on behalf of a legitimate and important national security purpose, and specifically to meet the needle-in-a-haystack challenge of uncovering the next big terrorist threat to the United States. The prevention of abuses in using any collected information is owing primarily to the scrupulous care with which NSA employees habitually withhold their take from anyone, even elsewhere within the intelligence community, without a legitimate need to know.

The experience of authoritarian regimes with large and active security organizations that spy on their own citizens shows that the harm comes less from the fact of the spying than from its use for malign purposes such as the persecution of individuals or suppression of pro-democracy activity. The individual lives of most East Germans might not have been affected in identifiable ways by the extensive internal spying of the Stasi; what was malign was use of this surveillance as part of a structure to maintain an authoritarian communist regime.

Any use of NSA’s resources for partisan political purposes is highly improper. What would make such use even more outrageous is if it were in service of a big lie about an election result and an effort to overturn that result.

Intelligence collection by agencies such as NSA and CIA that starts to touch on domestic communications is worth worrying about not because of any invasion of privacy in the course of those agencies performing their counterterrorist and other legitimate missions. Rather, what we ought to worry about is the possibility of partisan abuse by those above, not in, those agencies.

Perhaps we can take some comfort from the fact that while Trump was still in the White House—notwithstanding all the undermining of the republic that he can personally and appropriately be blamed for—he did not set in motion the plan involving NSA or some of the other schemes to overturn the 2020 election, such as having the military seize voting machines. But this only shows that the dangers involved go beyond Trump himself and will still be around even when he isn’t. The proposed misuse of NSA wasn’t some hypothetical worst-case fear; it was an actual plan hatched by people who were working actively to overturn American democracy and do not appear to have given up doing so.