Retaliatory Terrorism Is Not Unique to Hezbollah 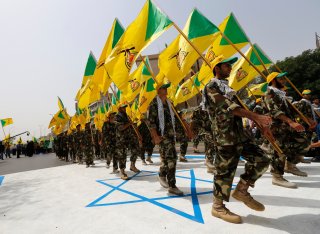 The leak of an internal study by Mossad, the Israeli foreign intelligence service, brought back memories of two terrorist operations in Buenos Aires that Lebanese Hezbollah conducted some three decades ago. It bombed the Israeli embassy in 1992, and two years later it attacked a Jewish community center in the same city, with that second bombing killing eighty-six people. The headline item from the Mossad study, as Ronen Bergman reported in the New York Times, was that Iran played no operational role in these attacks—contrary to longtime assertions by the governments of Israel, the United States, and Argentina. That conclusion will not stop anyone from continuing to implicate Iran in the attacks, given the alliance with Iran that Hezbollah has maintained since its establishment.

What already was known about the Buenos Aires attacks, and required no new study or investigation, was that Hezbollah had strong reasons of its own to retaliate against Israel. Each of the two attacks followed by approximately one month—about the time required to prepare operations of this nature in a country thousands of miles away—lethal Israeli acts of violence back in Lebanon. Before the embassy bombing, it was Israel’s assassination of Hezbollah leader Abbas Musawi. Before the attack on the community center, it was an Israeli air attack on a Hezbollah camp that killed fifty persons and wounded fifty others.

The establishment of Hezbollah a decade earlier was itself a response to other Israeli acts of violence—a full Israeli military attack on Lebanon that continued as an occupation of the southern part of the country for years afterward. The Israeli military’s activities in Lebanon included facilitation in 1982 of the Sabra and Shatila massacre in Beirut, in which hundreds of Lebanese Shiites, as well as Palestinians, died. Hezbollah won popular support and quickly grew into a major political force in Lebanon by earning a reputation as the organization that was standing up to Israeli depredations better than any other Lebanese party or movement.

Terrorism as a violent response to foreign military occupation and operations is hardly unique to Hezbollah. Data-driven research has shown this connection to be true of other groups and countries and to be one of the most significant factors underlying suicide terrorism.

The sources of international terrorism are multiple and complex. To the extent that study of this topic frames terrorism as a response to something else, such study tends to focus on how individuals become radicalized by the social, economic, and political circumstances in which they live or through proselytization by purveyors of violent ideologies. Much work that comes under the label of countering violent extremism emphasizes one or both of these dimensions.

But terrorism by states, or by groups as large and well-organized as Hezbollah, is usually a response to the actions—including violent actions—by some other state. Those actions may consist of overt military operations, as has been true of much of the Israeli action in Lebanon to which Hezbollah has responded. It also is true of the lethal Israeli action that has become a regular feature of the occupation of the West Bank, interspersed with more concentrated bursts of lethality in wars against the Gaza Strip, to which Palestinian terrorism has for years been a response.

Terrorism by a state, or by an established group such as Hezbollah, may also be a response to terrorism by another state. This dynamic exists today between Israel and Iran. The sequencing of operations, going back to a spate of assassinations of Iranian scientists beginning several years ago, has largely been one of Israeli terrorism being the action and Iranian terrorism, or attempted terrorism, being the response. Israel has gotten the better of this contest. Israel has been stepping up the tempo of its violent clandestine operations in Iran, notwithstanding the occasional Iranian success in rolling up one of the Israeli plots.

Israeli assassinations and other terrorist operations have at times been conspicuously counterproductive even in terms with which Israeli officials would have to agree, and the assassination of Musawi was a case in point. Besides resulting in the bombing of the Israeli embassy in Argentina, the killing also opened up his position to the more capable Hassan Nasrallah, under whose leadership Hezbollah became more powerful than before.

More broadly, recognizing the nature and consequences of Israeli terrorism is important for counterterrorism generally. First, because all terrorism is bad and countering it is just. Second, because such recognition is needed in understanding how some terrorism is a response to someone else’s terrorism. If there is less stimulus, there will be less response.

And third, because international cooperation is essential for effectively combating international terrorism, and for the United States to be free of hypocrisy on the subject is necessary for garnering such cooperation. If the approach of the United States is to condemn whatever a disfavored state does as the action of the “number one state sponsor of terrorism” while looking the other way when a favored state engages in what is fully terrorism under one of the United States’ own definitions—politically motivated violence against noncombatants by a nonstate actor or clandestine agents of a state—others will see right through the hypocrisy.