S-500: Is this Russia's Plan to Make Stealth Obsolete? 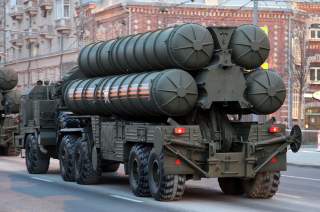