Shaking the Foundations of Loyalty 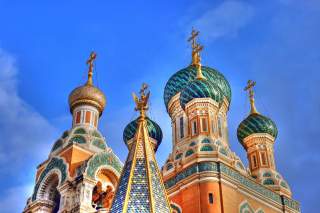 An ingredient that, in works of fiction such as spy novels and other international thrillers, makes for an intriguing and mind-bending story is uncertainty about the loyalties of those senior enough to have loyal public servants working under them.  What do those public servants do in such a situation, and to whom can they turn?  The very habits of discipline and loyalty that may have been drilled into them prove insufficient for dealing with what they face.  When does a response that ordinarily would be considered insubordination become, in an extraordinary situation, a higher act of loyalty?

In Len Deighton’s novel The IPCRESS File, for example, the protagonist (played by Michael Caine in the movie adaptation) is subjected to stresses of this type, with the head of the intelligence agency to which he is assigned (and that works directly under the British cabinet) turning out to be a traitor working for the Soviets.  Or in Richard Condon’s The Manchurian Candidate, a U.S. senator and vice-presidential candidate is the traitorous vehicle for betrayal to the Communists, with again a middle-ranking intelligence officer (Frank Sinatra in the earliest movie version) having to struggle with the perilous and disorienting situation.

What is intriguing and entertaining in fiction constitutes a political and even constitutional crisis if it arises in reality.  Given what we, the public, know so far, such a crisis is at hand now involving Russia and the Trump administration and Trump entourage.  A string of revelations can be explained away individually, but collectively they give rise to profound and legitimate doubt about whose interests are being served by those in power.

The earliest press reports, back during the election campaign, involved relationships between senior members of the Trump campaign and Russia.  Then there were the intelligence-based findings about a comprehensive Russian effort to interfere in the U.S. presidential election, partly with the objective of tilting the election toward Trump.  There were reports from a retired British intelligence officer about Trump-related shenanigans in Russia, reports that seemed to many eyes to be too deliciously salacious to be true, but the officer has a sound reputation and subsequently some of the details of his reports have been corroborated.  Add to that the behavior of the new president himself, who does not hesitate to insult longstanding allies and to attack targets ranging from Broadway casts to an American department store company, but who has an oddly soft touch when it comes to Vladimir Putin and his regime in Russia—even as that regime engages in behavior such as violation of an arms control treaty that is one of the foundations of European security.  Trump’s national security adviser takes a fall for lying about pre-inauguration dealings with Russia about sanctions.  Couple that with the uncharacteristic non-response by the Putin regime to the most recently imposed sanctions. And now the earliest reports come back in more glaring form with further press reporting that aides to Trump were dealing before the election not just with Russia but with Russian intelligence officials.

What we, the public, don’t know about these matters still exceeds what we do know, and this screams a need for the most thorough, objective, partisan-free investigation possible.  Meanwhile, significant damage already has been done as a result of the doubt and distrust and uncertainty about the ultimate interests that those in power are serving.  Foreign intelligence services, for example, can be excused if they hesitate to share with the United States valuable information that they don’t want to fall into the hands of the Russians.  And the United States is worse off as a result.

It is not just foreign services who surely are struggling with this situation.  How do U.S. services, rightly considering it just as important not to risk compromise to the Russians, respond?  What do the real-life counterparts of Caine and Sinatra, and their superiors in the U.S. intelligence community do, and to whom can they turn?

In a system that worked well, they would be able to turn to Congress.  But the majority party there, which is the same party that controls the executive branch, has not been stepping up to the plate.  There is much too much putting of party before country.  Thomas Friedman fairly characterizes the situation in Congress in this regard when he writes, “House Speaker Paul Ryan and Majority Leader Mitch McConnell, what are you thinking by looking away from this travesty? You both know that if the C.I.A., N.S.A. and F.B.I. had concluded that the Russians had intervened to help Hillary Clinton get elected you would have closed the government and demanded a new election.”

Republican members are trying to divert investigative attention away from the important questions of what’s been going on with Russia to the leaks that underlay some of the press reporting on the subject.  Leaks are a bad way to run a democracy, but that is no excuse to divert attention from the substantive issue at hand.  Moreover, part of what makes leaks bad is a context in which lines of accountability are clear because loyalties going all the way to the top are clear.  That, unfortunately, is not currently true.

This is not a spy novel or a movie.  It is reality.  And it is really bad.