Slower May Be Better in Going at ISIS 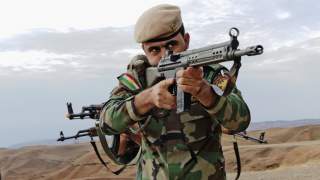 A couple of tendencies that are all too common in policymaking and policy debate tend to make for unwise foreign commitments or overextended foreign expeditions.  One is to treat a goal that is at most an intermediate objective as if it were an end in itself.  Doing so obfuscates clear analysis of means and ends, overlooks other ways to achieve the same ends, and distorts perception of the costs and benefits associated with achieving the immediate objective. The other tendency is to give insufficient attention to what comes after achieving the immediate objective.  One only has to recall the example of insufficient attention given to what would come after the objective of overthrowing Saddam Hussein to appreciate the problems involved.

All three factors appear to be present now with the issue of next steps for the U.S. military in Syria in going after ISIS.  The head of U.S. Central Command is saying, “It could be that we take on a larger burden ourselves.”  His comment comes amid the Department of Defense coming up with a plan requested by President Trump, who promised during the campaign to hasten the defeat of ISIS.

Of course ISIS is a horrible group, and everyone not in it agrees that the world will be better off without it.  But before U.S. forces take up any larger share of the burden of fighting it, three realities ought to be carefully considered.

One is that the ISIS mini-state in Syria and Iraq already is well on the way to being extinguished, at the hands of the forces already engaging it.  This should not be surprising, given the group’s lack of external support and the way its brutal methods lose it any support among the populations with which it has come into contact.  The issue involved in considering any escalation with U.S. forces is not whether the mini-state will be killed off, but only how quickly it will be.

Second, if our main concern is with how ISIS could endanger American lives through acts of terrorism, we should realize that the connection between that danger and the fate of the mini-state in Syria and Iraq has always been tenuous at best, and less than is commonly supposed.  There has been more of a tension than a direct connection between ISIS fomenting terrorism in the West on one hand, and on the other hand the group using its available resources to defend and shore up the mini-state.  To the extent the overseas terrorist threat has materialized, it has been far more a matter of inspiration and ideology than of organizational dependence on a piece of real estate in the Middle East.

This last point leads to the further observation that as far as not only anti-Western terrorism but also instability in the Middle East are concerned, what matters most is not how hastily the ISIS mini-state is crushed but rather what arrangements are left on the ground after the crushing.  The more that chaos, disputes, and uncertainty prevail there, the more that ground will remain fertile for violent extremism, whether under the ISIS label or some other brand.  The rest of the political, diplomatic, and military story of conflict in Syria still has a good way to go before providing a more promising and stable alternative for what comes after ISIS.  It would not be advantageous for the anti-ISIS military campaign to get ahead of that story.  Speed in this case is not necessarily good.

All of this is in addition to one of the biggest downsides of U.S. forces assuming more of a military role: playing into the ideology and propaganda of ISIS and similar extremists, who appeal for support with a message about how the United States uses its armed might to intervene in Muslim lands and to kill Muslims.

This set of issues will be an early test for new national security adviser H. R. McMaster.  He is a highly regarded military officer whose professional focus, from study of war in Vietnam to the practice of war in Iraq, has been on what use of force and how much force are needed to achieve an objective of military victory.  His natural inclination, as much as of others, may be to take the swift extinguishing of the ISIS mini-state as such an objective and to treat it more as an end than a means.  A more thorough and careful performance as national security adviser would instead broaden the policy question and take into account the considerations mentioned above.