Syria and the Call of the Quagmire 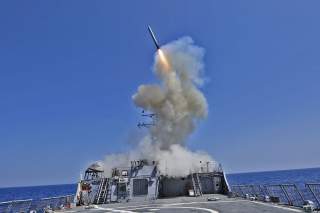 After the Soviet Union launched a full-scale invasion of Afghanistan in December 1979, President Jimmy Carter remarked to a television interviewer that this event had “made a more dramatic change in my opinion of what the Soviets’ ultimate goals are than anything they’ve done in the previous time I’ve been in office.”  Carter took much criticism for this comment, with charges that he was revealing naiveté and should have known all along about the nature of the regime he was confronting.  But at least the Soviet military intervention was a very large data point—a major departure in Soviet policy that was far different in scale from the use of a particular weapon in one encounter during an ongoing war.  Moreover, Carter did not respond to the Soviet military intervention in Afghanistan with a U.S. military intervention there but instead with measures short of military intervention such as a grain embargo, boycott of the 1980 Olympic Games in Moscow, and what would become the provision of materiel to Afghan rebels.  Carter’s main mistake was to interpret the objective of the Soviet intervention as part of a larger drive to seize parts of Asia with a warm-water shoreline rather than, as was actually the case, the more limited goal of shoring up a beleaguered Communist client regime in Kabul.

Now there has been a surge of cries to “do something” in response to a reported chemical weapons attack in Syria, which the Trump administration has answered with a cruise missile strike against a Syrian airbase.  The secretary of state is talking about regime change in Syria just a week after he had appeared to rule out such change as an objective.  We have heard this sort of belligerent uproar after previous battlefield developments in the Syrian war that have elicited outrage.  There was an earlier reported use of chemical weapons, and several months ago there was a similar popular reaction to the situation in Aleppo in the final days before the regime recaptured the remainder of that city.  These reactions are essentially expressions of mass emotion rather than a reflection of any careful consideration about what actions would or would not be in U.S. interests.

In this situation, President Trump is by no means a bulwark against the United States taking action damaging to its interests, even though as a candidate he publicly urged President Obama to stay out of the war against Assad.  As we know, consistency is not a strong suit of Trump.  The fact that Obama did stay out, pretty much, of that war has not led Trump to hesitate in blaming Obama for the situation in Syria, just as he blames Obama for most everything else that people don’t like.

Trump is less likely than Obama to resist the pressure to wade even more deeply into the Syrian civil war against Assad, even going beyond the cruise missile strike, because of several characteristics of Trump’s operating style.  One is how he educates himself from “the shows” and believes he gets all the information he needs from cable TV.  His perceptions of the Syrian regime and his “understanding” of it thus really are likely to be shaped, and his policies on Syria moved, as some of Trump’s own comments this week suggest, by what he has seen on television and especially the graphic part of it—including pictures of dead children, as Nikki Haley was displaying at the United Nations.

Second is Trump’s focus on immediate popular approval at the expense of longer term consequences.  In other words, it is a continuation of campaign mode rather than governing mode.

Third is the apparent disconnect in Trump’s thinking of military operations from the pursuit of well-formulated strategic objectives.  Clausewitzian principles are foreign to him in every respect.  This disconnect underlies his giving of an unusually free hand to the Pentagon in formulating and initiating operations.  This method of decision-making will tend to focus on what can be defined as military objectives with insufficient attention to exactly how achievement of those objectives would or would not advance U.S. national interests.  Perhaps H.R. McMaster is beginning to impose some more orderly thinking on national security decisions, but giving the military a free hand has the attraction to Trump of being able to shift blame to the military when things go badly (as he already did with a raid in Yemen).

The significant probability that Trump is immersing the United States into a larger and damaging intervention in the Syrian civil war is especially regrettable when bearing in mind the following.

First, the incident with the chemical weapon—even if we accept the judgment that the regime was fully responsible—doesn’t tell us anything new about the regime.  Responding to this incident is thus more a matter of emotion and response to popular clamor rather than of well-conceived policy making use of a significant new data point.  The Assad regime has employed many loathsome tactics in this war, and they have not needed chemical agents to do so.  Even if a U.S. military attack had some deterrent value regarding future use of chemicals, the regime can and would just use its other means that have resulted in many civilian casualties—some of which, such as the use of ground-based artillery, do not even require air operations.

Second, the make-up of whatever regime rules in Damascus is not an important U.S. interest, and certainly not important enough to warrant the costs and risks of immersion in someone else’s civil war.  The Assads have been in power in Syria since 1970; why is regime change supposedly an objective now?

Third, it is not within U.S. power, even using more extensive military force, to change that regime.  The regime itself has its own existence to fight for, and it is aided by Russia, Iran, and non-state allies.  The assertion that Russia’s intervention went more smoothly and was more effective than predicted, and that the United States could do, or could have done, the same is a fallacy.  The asymmetries are huge.  Russia’s intervention was a tipping of the scale in favor of what was already the dominant force in the fight, which was the incumbent regime.  Any effort by an outsider to intervene on the other side would depend on what always has been the weak reed of a disorganized (and extremist-laden) opposition.  And surely we have learned by now the lesson that knocking off a loathsome ruler is only the beginning of what can be a very long and costly effort to establish and prop up some alternative.

Fourth, direct U.S. military intervention in this war carries a significant risk of escalation into a much wider war, especially when facing the large military requirements of establishing something like the much-talked-about safe zones.  The risk of even more widespread warfare also would come through direct engagement, intentional or unintentional, of Russian or Iranian forces.  Throughout the Cold War, the superpowers were careful to avoid any such direct engagement with each other, however much they sponsored and equipped armed proxies.  That was part of why Carter did not get into a direct military fight in Afghanistan.  It would be most unwise to throw away such caution where the Russians are involved today.

Paul Pillar is a contributing editor at the National Interest and served as a CIA analyst for the Middle East from 1977 to 2005.