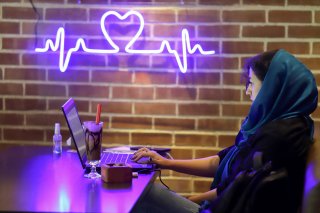 Ostracizing another state—isolating it and refusing to conduct normal business with it—to punish or debilitate the state or to try to coerce it into changing its policies inevitably involves self-denial. The diplomacy of the ostracizer, not just the target of the ostracism, is curtailed. It becomes difficult or even impossible for the ostracizer to accomplish anything positive that requires diplomacy and that by its nature inevitably involves the targeted state.

Iran as a target of the United States is a leading example. U.S.-Iranian diplomacy has been impaired or impeded to varying degrees through nearly all of the four decades since the Iranian revolution. The objective of nuclear nonproliferation, and more specifically closing all possible paths to the development of an Iranian nuclear weapon, was served only through diplomatic engagement with Tehran. It was not served during all the periods, before and after, when the United States shunned such engagement. As long as the diplomatic channel was open for nuclear negotiations it also served other U.S. interests, such as the speedy return of U.S. sailors and their vessels after they had strayed into Iranian waters.

Most opposition to the agreement that restricted Iran’s nuclear program has been motivated not by nuclear nonproliferation but by other objectives involving domestic politics or the desire of Iran’s regional rivals to keep it weak and to divert attention from their roles in regional instability. And just as this opposition is really about sabotaging diplomacy with Iran on any subject, the positive side of diplomacy with Iran goes far beyond the nuclear issue or specific incidents such as the one involving the straying sailors.

That diplomacy with Tehran is a major potential contributor to positive progress on important issues in the Middle East, Persian Gulf, and South Asia should not be surprising. Iran, a nation of more than eighty million people, is unavoidably a significant player in its region. The fact that this region is the locale of some troubling security issues, which mostly became troubling for reasons not originating with Iran, makes all the more important the contributions that diplomacy involving Iran can make to addressing these issues constructively.

Three such issue areas currently are high on the U.S. foreign policy agenda.

With the United States at the inflection point of a military withdrawal from Afghanistan, there is a pressing need to consider every relevant player’s stake in the country and potential role in minimizing future chaos there. Back at an earlier inflection point, at the start of America’s twenty-year war in Afghanistan, Iran and the United States clearly were on the same side. Iran cooperated with U.S. officials on security and military matters, including sharing targeting information on the Taliban, and diplomatically in helping to construct a new Afghan political order.

The United States ended that cooperation when George W. Bush, as part of a disguising of plans to launch a war in Iraq, declared Iran to be part of an “axis of evil.” But parallel Iranian and U.S. interests involving Afghanistan remained. Violent Sunni extremism has been as much an enemy of Iran as of the United States. Iran has seen its officials murdered by such extremists inside Afghanistan, and the so-called Islamic State has conducted major terrorist attacks in the heart of Iran.

Iran has a specific interest in the status of Shia co-religionists, who are mostly found among the much-disadvantaged Hazara ethnic group in central Afghanistan. But the more general Iranian concern in Afghanistan is with minimizing chaos and extremism that, given a shared and porous border, can directly and deleteriously affect Iran. This includes a concern about the serious effects of Afghan-originated narcotics smuggled into Iran.

People often overlook the parallel nature of many U.S. and Iranian interests in Afghanistan. They are too busy focusing on either the harm that Iran could do to the United States if it chose to retaliate there for U.S. actions elsewhere—a vulnerability that the U.S. troop withdrawal greatly lessens—or more recent Iranian dealings with the Taliban, which have to do mainly with Tehran’s concern about the presence of the Islamic State in Afghanistan. After all, the Islamic State is a rival of the Taliban. It would be wiser if they treated Afghanistan as a place where the United States, coming from thousands of miles away, has long carried too much of a burden that ought to be carried by nearby states that have more immediate reasons to be concerned about insecurity there. International diplomacy aimed at minimizing destabilizing fallout from civil war in Afghanistan needs to involve all those states, Iran certainly being among them.

Iraq is another state in the neighborhood where parallel U.S. and Iranian interests went so far as to constitute a de facto military alliance, in this case in battling the Islamic State and its “caliphate” that at its height comprised much of Iraq’s territory. Also like Afghanistan, Iraq is an insecure state sharing a long border with Iran, giving Iran ample reason to be greatly concerned about, and significantly involved in, Iraqi affairs. The historical specter hanging over Iranian thinking about Iraq is the extremely costly eight-year Iran-Iraq war in the 1980s. More than anything, Tehran wants to avoid any repetition of that.

An excessively narrow but frequently voiced U.S. worry regarding Iraq concerns the influence that Iran has over the country. That says nothing about relevance to U.S. interests without an answer to the question, “influence for what?” U.S. and Iranian interests are still more parallel than conflicting given that the United States is influenced to keep the Islamic State down, to reduce instability in Iraq, and to avoid Iraqi involvement in any more international wars.

There are some people who believe that Iran has played an indirect role in the military casualties that the United States has sustained in Iraq. That was a common belief at the time of the U.S. assassination, on Iraqi soil, of Iranian Revolutionary Guard leader Qassim Suleimani. A usually uncited context that goes a long way in explaining Iranian thinking about these events is that over the past few decades Iraq has been involved in three wars of aggression. Saddam Hussein launched two of them, one of which was an invasion of Iran. The United States launched the third—the war in which the United States sustained those casualties—under the Bush administration, which famously lumped Iran with Iraq in an “axis of evil.” As a result, some of the most enthusiastic U.S. supporters of the war were saying to neighboring Iran, “you’re next.”

The near-term prognosis for Iraq is not as bleak as the one in Afghanistan, but Iraq will need international diplomatic support in the years ahead to increase its stability and security too.  That diplomacy has to involve all interested states—Iraq’s immediate neighbor to the east again being among them.

Whatever foreign states do regarding Iraq should respect the prevailing wishes of the Iraqi people and its government. That government has made clear it opposes being a pawn on the U.S.-Iranian chessboard. It wants good relations with both countries and domination by neither.  And like Iranians, Iraqis want their relationship with Iran to make a repetition of the Iran-Iraq War unthinkable.

A broader set of security concerns badly in need of constructive international diplomacy is the overall situation in the oil-rich Persian Gulf. Confrontation and intensification of military alliances aimed at a single regional state only beget more confrontation and a heightened risk of war. Multiple conflicts and tensions are involved, but a salient one is the traditional rivalry between Iran and the Arab states on the south side of the Gulf, especially Saudi Arabia. This calls for a new security architecture. Only extensive involvement by all concerned states, obviously including Iran, in the construction of any such architecture would make it feasible and long-lasting.

Iran is open to such diplomacy. In fact, Tehran has advanced ideas along this line. Some of the Iranian ideas resemble elements of the Organization for Security and Cooperation in Europe, which was put together while the Cold War was still being waged. That experience, and Ronald Reagan’s arms control efforts, ought to be a reminder that there are other ways to deal with an adversary than ostracism and weakening one’s own ability to use diplomacy.