The Amateurish Attacks in Paris 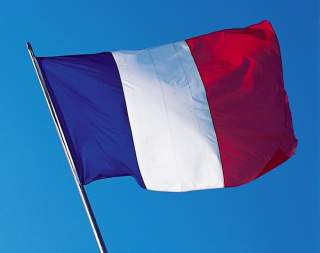 A strong tendency in the wake of major terrorist attacks is to associate the impact the event has on our own fears and thoughts (which generally are correlated with the number of Westerners who died in the incident) with the level of skill and sophistication of the attackers. The skill and sophistication in turn tend to be thought of as associated with the size and strength of some foreign organization that sponsored the attackers.

These presumed associations are false. The plain (and after such incidents, disturbing) fact is that the inherent vulnerabilities in our free and open Western societies are such that it does not require any noteworthy skill or sophistication to kill a lot of people. What it takes are extreme inclinations and a willingness to die in pursuit of malevolent ideas.

The terrorist attacks in Paris illustrate the point. Some organizational aptitude was needed to put together an operation that involved simultaneous dispatch of multiple attack teams, but this did not require organizing any more people than would be needed to put together a neighborhood soccer team. The death toll for all of the Paris attacks, as shocking as it understandably was, nonetheless was much less than a more skillfully conducted operation involving a comparable number of attackers would have inflicted. The attack team that went after the most target-rich location—a sports arena with tens of thousands of people—managed to kill only one other person besides themselves. The spraying of bullets in crowded places such as cafes or concert halls is not a high-skill endeavor, especially when the shooters have resigned themselves to being killed as well. Jack Shafer at Politico, who criticizes mainstream media for giving alleged attack organizer Abdelhamid Abaaoud too much credit by labeling him a “mastermind,” observes that earlier failed shooting attacks that Abaaoud was suspected of being behind “took about as much imagination and skill as ordering a pizza.”

Shafer also has done the math to determine that the Paris terrorists inflicted fewer deaths per attacker than did one deranged individual at Sandy Hook Elementary School. That is an apt comparison given the nature of the counterterrorist task that the FBI and other U.S. authorities currently face in trying to prevent mass-casualty attacks in the United States. Americans attempting to travel to ISIS-controlled territory in Syria and Iraq barely constitute a trickle: an average of only two persons a month since July. Battalions of radicals traveling to and from the ISIS mini-state clearly are not the core of any threat to American security. As a New York Times article about these patterns aptly puts it, “thwarting an Islamic State-inspired attack in the United States” is “less like stopping a traditional terrorist plot and more like trying to prevent a school shooting.” Washington Post editorial cartoonist Tom Toles illustrates the same basic point in another way.

As debate rages on about U.S. policy toward Syria, the debate would be more focused and useful if it could dispense with two persistent misconceptions. One is that being a skilled terrorist requires being sponsored and trained by some organization that occupies a piece of land overseas. The other is that inflicting a lot of casualties in a terrorist attack requires being skilled and trained. Ian Buruma provides a better insight in explaining why countering ISIS-inspired terrorism is more a matter of giving young men with a death wish a reason to live.

The future of the ISIS mini-state certainly is important for multiple reasons, many of which have much more to do with politics and stability in the Middle East than with terrorism in the West. A terrorist-related reason is that the fortunes of the ISIS enclave help determine how much inspiration it provides to already radicalized individuals and thus is an influence in determining the likelihood of such individuals performing acts that are both suicidal and lethal to others. It is a mistake to regard the ISIS entity as a font of critical skills needed to kill people.