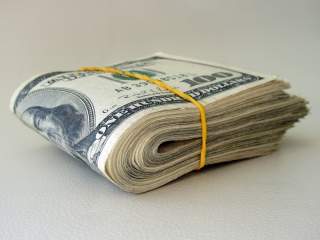 The roots and manifestations of American exceptionalist thinking go way back. One of those manifestations is the use of economic measures as a weapon intended to coerce or deny. The specific thinking involved is that such measures employed by the United States, and even the United States alone, should be enough to induce or force change in other countries. The thinking is solipsistic insofar as it centers narrowly on the idea of American will and the exercise of American power and, as too often has been the case, pays insufficient attention either to the other nation's motivations or to what damage or denial the United States is inflicting on itself.

More than two centuries ago the young American republic made one of its first big attempts at such economic warfare. The Embargo Act of 1807 shut down U.S. overseas trade in an attempt to get the warring European powers Britain and France to respect U.S. neutrality. President Thomas Jefferson's intentions were honorable in that he genuinely sought neutrality in the European war—unlike so many today who, if they see an armed conflict going on somewhere in the world, believe it necessary for the United States to take sides even if there are bad guys on more than one side. Jefferson also saw the embargo as an alternative to war rather than a prelude to it—unlike many today, who are both sanctions hawks and military hawks.

But the embargo was a miserable failure on all counts. Prosecuting war in Europe with all means available was much more important to Britain and France than was anything that the American republic could do to them. The economic damage to the United States was severe, especially in New England, which sank into depression. And the United States would eventually wind up going to war anyway, against Britain in 1812. Realizing the mistake, Jefferson signed a repeal of the embargo in the closing days of his presidency in 1809.

With the American economy and American power having expanded over the subsequent 200 years, the temptation to think in terms of American denial of trade being an all-powerful tool has become all the greater. But the thinking is still erroneous, as demonstrated by the miserable failure of the half-century-old embargo against Cuba. That embargo has caused no favorable change in Cuban policies or politics, and probably has only retarded what change would have been taking place for other reasons. Economically it has not caused another depression in New England, but the fact that it has been a negative for the U.S. economy is reflected in support by U.S. business interests, as represented by the U.S. Chamber of Commerce, for change in policy toward Cuba. President Obama deserves credit for bringing about as much change as it is in his power to effect, but the embargo itself will not come down until the U.S. Congress displays changed thinking too.

The president also deserves similar credit for a redirection of policy on Iran, but there also is a similar solipsistic, sanctions-happy attitude in Congress that applies to Iran. That attitude persists despite the substantial damage to the U .S. economy from those sanctions, the years of a sanctions-centered approach having failed to achieve any positive results until there was also engagement and negotiation, and the self-contradictory nature of the stated purposes for keeping those sanctions in place.

The obsessive persistence of this attitude (besides, to be sure, the malign influence of other factors, such as an oppose-anything-Obama-does mindset) is demonstrated by Republican presidential candidates, including the just-declared Marco Rubio, saying that they would, if elected president, re-impose whatever sanctions had been suspended or lifted in accordance with any agreement on the Iranian nuclear program. The biggest question about such a pledge is why, if Iran had by that time complied for three years with severe restrictions on its program, any U.S. president would want to demolish all those restrictions on the Iranian program (because that's what deal-killing sanctions would do) and allow the Iranians to expand their nuclear activities as fast as they wanted. The further question about the sanctions themselves is how they could be expected to have any effect at all when the United States would be clearly responsible for killing the deal and when the rest of the world, operating under a new United Nations resolution, would have moved on toward doing normal business with Iran. The rest of the world includes our closest European allies—as Britain and France, among others, would help to write another chapter in America's unflattering history of ill-advised economic warfare. The United States would be left as lonely and feckless as it has been with the embargo against Cuba.

If even Thomas Jefferson screwed up on this subject, perhaps it's too much to expect today's politicians to do much better, although they do have a lot more national experience to go on. And Jefferson realized his mistake and corrected it much more quickly than what we've seen happening in Congress on Cuba and Iran.

Oh, and there's that issue about the danger of war. Given the way the Iranian nuclear issue has been playing out, the risk of a war occurring in the wake of a destruction by the United States of the negotiated agreement on the subject is probably even greater than the risk that impressment of seamen and other maritime issues posed leading up to war in 1812.