Bad Move: The Backfiring of Israeli Strategy on Iran 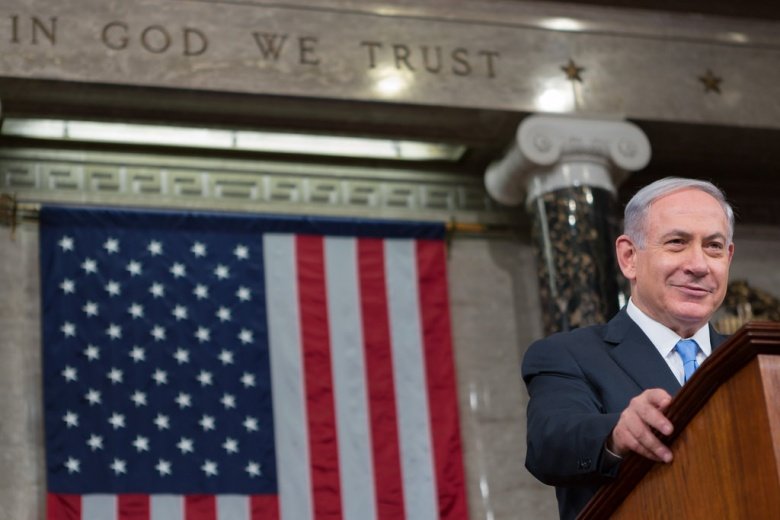 Those paying attention both to the Israeli government's implacable opposition against the agreement restricting Iran's nuclear program and to the issue of Iran's other activity in the Middle East might take note of some background that several analysts, including Shibley Telhami and Aaron David Miller, have noted: that Israeli agitation about the Iranian nuclear program was a principal impetus for negotiating the agreement on that subject that was finalized in Vienna last month. Miller goes so far as to suggest (presumably with tongue firmly in cheek) that Prime Minister Benjamin Netanyahu ought to receive the Nobel Peace Prize for his activism that motivated other governments to negotiate the deal that he now is doing his utmost to shoot down.

Daniel Levy, a former Israeli official and current director of the Middle East program at the European Council on Foreign Relations, in an especially insightful article that explains positions on these issues both of Netanyahu's government and of other Israeli political leaders, adds additional detail to this background. He notes that it was Israel's government that had insisted at least as strongly as anyone that the nuclear file must be dealt with first and dealt with separately, without talking to the Iranians about regional issues or anything else.

That earlier Israeli position directly contradicts, of course, current complaints from Netanyahu's government and other opponents of the agreement that the deal does not address non-nuclear issues of Iranian policy and behavior—things the agreement never was intended to address. But this contradiction is no more nonsensical than the overall set of Israeli government positions on the nuclear issue if those positions are taken at face value. The positions have included incessantly ringing an alarm bell about how Iran's nuclear program could lead to a weapon and then trying to destroy the very measures designed to ensure that the program does not lead to a weapon. Things make sense, from the Israeli government's point of view, only if they are not taken at face value. An objective of that government, rather than achieving a nuclear agreement, has been instead to avoid any agreements with Iran, on nuclear matters or anything else. A calculation that there could be plenty of agitation on the nuclear issue without any agreement emerging was by no means crazy. U.S.-Iranian diplomacy, after all, was virtually nonexistent as recently as three years ago. Serious questions were being raised elsewhere about whether, when U.S. and Iranian diplomats did sit down to talk, there would be enough bargaining space to reach an agreement on the nuclear question. And even if a deal started to emerge, the Israeli government still would have a traditional and trusty weapon—its political lobby in the United States—to shoot it down.

Meanwhile all that agitation about a nonexistent Iranian nuclear weapon served a purpose somewhat akin to the neocon agitation a decade earlier about the nonexistent Iraqi nuclear weapons: it helped to scare people to get them in line to achieve other objectives. Nuclear weapons are inherently scary and therefore useful for that sort of thing, even when they are nonexistent. In the case of Iraq the neocon objective was to get public support for launching an offensive war. In the case of Iran an Israeli objective is to get people to be deathly afraid of Iran and to view the Middle East the way Israel wants them to view it: as a region in which Iran is the source of instability and evil, in which Iran thus should only be shunned and never partnered, and in which Israel is the most reliable and effective partner for anyone who wants to be on the side of good against evil, and especially for the United States.

Now it appears that the calculation about being able to agitate without bringing about an agreement on the nuclear issue, though not crazy, was mistaken. Some of the reasons for the miscalculation may have been ones that many others also might have had a hard time anticipating, including Hassan Rouhani's victory in the Iranian presidential election of 2013, the degree of unity among the P5+1 during the negotiations, and the skill and determination with which President Obama and Secretary Kerry tackled the task of achieving a readily defensible agreement. Probably also involved—and this was a reason for some of the mistaken analysis elsewhere about insufficient bargaining space—was a misbelief that Iran really is bent on acquiring nuclear weapons and thus never would make the concessions necessary to close off paths to such weapons. Because of the tendency of people to come to believe their own rhetoric when it is repeated enough, this misbelief probably had become entrenched in Israeli government circles.

Whatever the underlying reasons for any miscalculation, Netanyahu and his government now face the reality of a negotiated agreement. An even more uncomfortable thought for them is that their own endless agitation on the nuclear issue, accompanied by their saber-rattling about what Israel might do militarily against Iran, helped to bring that agreement about. Possibly the discomfort of having scored an own goal is part of what has brought their opposition to the agreement to such a feverish pitch. They are using the trusty weapon of the lobby to make one last attempt to make an agreement go away, but there already are signs of their thinking moving on to a Plan B of how to subvert the agreement, or at least to keep it from leading to any more extensive dealings with Iran, if the U.S. Congress does not kill it in September.

That gets to what must be an even more discomfiting thought for Netanyahu's government, which is that their politicking and propagandizing around the nuclear issue may be backfiring not just in the sense of a nuclear agreement having been reached but also in the sense of moving regional alignments and especially the role of the United States in directions they don't want. This involves not only partial rehabilitation of Iran as a regional player but also disgust in the United States that raises new questions and doubts among Americans about the extraordinary U.S.-Israeli relationship. Indeed, this latter concern has been a theme of much criticism of Netanyahu by his Israeli political opponents, who charge him with mishandling relations with the United States. Levy probably is correct, however, that no major change in that relationship is imminent because “the role of money in U.S. politics guarantees against that, and anyway, Obama and the Democrats’ commitment to Israel’s well-being and security is sincere, Bibi or no Bibi.”

But this entire episode may, over the longer term and in combination with other concerns and controversies, at least marginally weaken the edifice that is the unusual U.S.-Israeli relationship. Levy makes the point well:

A process is in motion, a growing distancing between the Jewish communities of America and Israel, born of tensions between American Jewish liberalism and Israel’s denial of basic freedoms for Palestinians and an overall drift toward greater extremism and intolerance. It is a process that has been significantly accelerated by Netanyahu's brash and bullying foray into congressional politics. Netanyahu is unlikely to pay an immediate political price at home, but in the arc of Israel-U.S. relations, it is a moment that will echo long after the details of the Joint Comprehensive Plan of Action are forgotten.

Those who wish for the United States to be able to pursue its own interests in the Middle East in a more flexible and effective manner than it has been able to hitherto can view such a process as an offsetting advantage of Netanyahu's bullying.