The Clinton Emails: What Is and Is Not Damaging 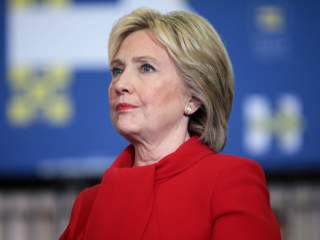 The kerfuffle over Hillary Clinton's emails has confused and conflated several distinct and important issues about classified information and government documents. Well-informed comment about Mrs. Clinton's case is handicapped, of course, by the rest of us in the public not having access to still-unreleased emails in question. The same goes for more recently mentioned and also unreleased emails associated with previous secretaries of state, Colin Powell and Condoleezza Rice. But some useful distinctions nonetheless can be made, while steering clear of the blatantly partisan attempts to exploit this matter.

The usage of a privately owned server for messages that include communications that are part of the official business of a cabinet secretary is a different issue from the handling of classified information. Questions of whether classified information had been handled properly would be the same whether Mrs. Clinton had been using the server in her home or the State Department's unclassified email capabilities. Neither of those systems have the same protections against hostile penetration or interception that the government's classified systems do.

The issue that use of the private server raises is instead one of preservation and management of records and of who does the managing. It is unlikely that Mrs. Clinton relied on her own server because she is a technophile who gets a rise out of having that sort of equipment in her house. Far more likely is that she wanted to maintain exclusive control over any future release of, and public access to, the documents involved. That's not the way things are supposed to work with documents that involve government business. The private server ploy also betokens the all-too-prevalent attitude among many in-and-outers that their time in government is merely one chapter in a personal story rather than their being fully a part of a department or agency that is in turn part of the people's government. Of course, control of her emails hasn't worked out quite the way Mrs. Clinton evidently intended, once her political opponents pounced on the matter. But she still deserves criticism for attempting what amounted to an end run around the spirit, if not the letter, of how documents related to official business are supposed to be managed.

As for the use of classified versus unclassified systems, for officials in departments and agencies that deal with lots of classified information, messaging through one system need not be appreciably more or less convenient than using the other system. At the desks of many such officials, there may even be just a single monitor and keyboard, with a switch box for easily switching between two different computers that each operates in either the classified or the unclassified world. In some of the same departments and agencies, even a message as mundane and clearly unclassified as arranging a lunch date with a colleague in another office is apt to be sent over the classified system because it is just as convenient as using the other system and because the classified system is where the colleague is more likely to be reading email and to see the message first.

Although things may be somewhat more complicated with mobile devices, convenience is not an excuse for using the wrong system. It is disturbing to read reports that some of the unreleased emails of Mrs. Clinton involved communications between her and the president. If there isn't some way (but there probably is) for the president and secretary of state to communicate with each other that is private, convenient, and highly secure, then our government's information technology capabilities are in worse shape than any of us thought. It probably is safe to assume that communications between the president and the secretary of state would go beyond arranging lunch dates and get into official business involving U.S. foreign policy.

Matters are much fuzzier when government officials communicate with individuals outside government who do not have access to classified systems. There often will be unavoidable tension between stringently safeguarding classified information and effectively exchanging ideas and information with the outsider. Doing what's right comes down to the judgment exercised by the government official regarding how free and extensive such an exchange can be without giving away any genuine secrets. If a secretary of state carefully exercised such judgment in outside communications, then she or he did nothing wrong. It would be a mistake for a secretary of state to have to cut off useful dialogue with outside sources of insight and information in order to avoid any risk of being seen to mishandle classified information.

An important distinction is between improperly putting classified information into the unclassified world and being the recipient of material that may have involved someone else crossing the classified/unclassified line. Much of the criticism of Mrs. Clinton seems to expect that the U.S. secretary of state should have been spending significant time auditing her email inbox looking for anything in the incoming messages that should be expunged or redacted. That is an unreasonable expectation. The situation is much different from, for example, the case of former CIA director John Deutch, who was discovered to have moved clearly classified documents to his personal computer at home—a gross violation of his obligation while in government to safeguard the classified information to which he had access. Deutch escaped legal consequences for this misdeed when he received one of the pardons that Mrs. Clinton's husband issued on his last day as president.

Another important and relevant distinction, and one that people who have never served in government might find harder to understand, is that review of existing documents for the purpose of deleting classified material often involves identifying more things as “classified” than what any reasonable person would consider damaging to national security if the material were made public. Such review includes the processing required to respond to requests by the public for release of documents under the Freedom of Information Act. It also includes pre-publication review of writings by authors who once held security clearances as government officials. The ad hoc review of emails to and from Mrs. Clinton is similar to these other types of review.

One reason that more expansive standards of what constitutes classified material get applied to these reviews than would be applied to any decision to classify a document when the document was generated in the first place is that the number one priority for the reviewers is to ensure that no classified material becomes public. A bad day at the office for a reviewer would involve a public flap about the sensitivity of material that the reviewer had earlier cleared for release. The risks involved in such a release are greater than the costs of not clearing innocuous material, which results at most in little-noticed grumbling from FOIA requesters or former employees trying to get something published.

Another reason for the discrepancy in defining classified material is that the United States Government refrains from saying some things publicly not because the information itself is not already publicly known but rather because as a matter of policy the government does not want to be seen saying it. The latter type of material gets treated as classified just as the former type does. This approach gets applied to FOIA requests and, with less good reason, to pre-publication review of items written by former employees. This probably is one of the major reasons that Jack Goldsmith and Oona Hathaway, two law professors who did prior stints in the federal government and are subject to the pre-publication review requirements, describe the government's pre-publication review process as “broken” and “unreasonable.”

As for Mrs. Clinton's emails, Michael O'Hanlon speculates based on media reports that “some of the sensitive emails might have involved the use of drones in certain parts of the world where the U.S. government has chosen not to announce or publicize its use of that technology.” This is one of those subjects that isn't really secret but that as a matter of policy the government itself generally doesn't talk about. As O'Hanlon notes, “For years, there has been a great deal of media coverage of how unmanned aerial systems, including armed ones, have been used in the broader war on terror. If there ever were any real secrets here, they have been very badly kept. Certainly, Hillary's emails (even if they were released) could not do anything more than confirm or repudiate what has already been widely investigated, in this country and around the world.”

A final distinction of importance is between, on one hand, the politically-infused noise and controversy over something like a former secretary of state's emails, and on the other hand, the much larger and more important reality of the need to keep secrets to protect the national security of the United States. One of the unfortunate by-products of loose accusations about the emails and the inevitable rebuttals about “over-classification” is that this larger reality gets downplayed or overlooked. There may indeed be over-classification, but that says nothing about how damaging can be the compromise of what is classified properly and with good reason. The theme of over-classification has been part of rationalizations for wholesale compromise of classified material in recent years, including most conspicuously the actions, highly damaging to national security, that the traitor Edward Snowden took before he defected to Russia.