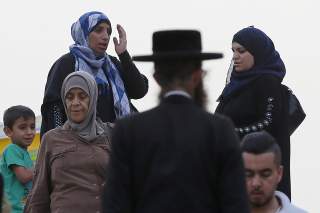 The following remarks were originally presented to the Worcester, MA World Affairs Council on September 19, 2017.

President Trump’s son-in-law, Jared Kushner, whom the president has entrusted with, among many other things, searching for an Israeli-Palestinian peace, said regarding that task: “We don’t want a history lesson. How does that help us get peace? Let’s not focus on that. We’ve read enough books.”

He’s wrong.  Without taking into account the history of this conflict, one will never understand it adequately, much less be able to identify formulas that will furnish the necessary respect for, and meet the minimum needs of, both sides.

One could go way back, but let us instead skip to the point in history when war-exhausted Britain, responsible for administering the mandate of Palestine, was facing increasing violence from the contending communities of, on one hand, Arabs who had lived in Palestine for centuries, and on the other hand, Zionists who had begun to settle there over the previous few decades.

Britain dumped the problem into the lap of the United Nations, where the General Assembly approved in 1947 a partition plan for Palestine that would create two new states, one controlled by Jews and one by Arabs.  The resolution approving the plan is the one internationally certified birth certificate of the State of Israel.  The population of Palestine at the time was about two-thirds Arab and slightly less than one-third Jewish, with the bulk of the latter representing immigration in the 30 years since the Balfour Declaration.  Jews owned less than 7 percent of the land.  Under the partition plan, however, the Jewish state would receive 56 percent of Palestine and the Arab state 43 percent, with the remaining one percent being an international zone in Jerusalem.  The population of the projected Arab state would be almost entirely Arab, while the Jewish-controlled state would be 45 percent Arab.

In the war that subsequently broke out, the superior skill and organization of the Zionist forces resulted in conquest of territory beyond the boundaries of the Jewish state in the UN partition plan, such that, at the time of the resulting armistice, the new State of Israel comprised 78 percent of Palestine, with Arabs left in control of 22 percent.  Large population displacement occurred during the war.  More than 700,000 Palestinian Arabs were expelled from, or fled from, their homes. Between 400 and 600 Palestinian villages were sacked, and Palestinian city life was virtually extinguished.  This set of events is what Palestinians came to refer to as the Nakba or catastrophe.

This history is part of a single continuous story of issues that are discussed today as the Israeli-Palestinian conflict and the so-called peace process.  One cannot excise that history.  It is an inseparable part of attitudes, emotions, positions, and demands that exist today.

In the seven decades since those events of the late 1940s, Israel has grown into the state that is unquestionably the most militarily powerful in the entire Middle East, as well as being in many respects economically powerful.  The next big accretion of territory under Israel’s control came from its conquests in the 1967 war, which Israel started with an attack on Egypt amid brinksmanship in the Gulf of Aqaba by Egyptian strongman Gamal Abdel Nasser.  Since that war, Israel has sustained a program of colonization of the conquered territories.  Approximately 600,000 Jewish settlers now live outside Israel’s 1967 boundaries, in the West Bank and the eastern part of what Israel defines as Jerusalem.

Palestinian Arabs, in contrast, have remained sunken in a state of weakness and subjugation.  For those in the West Bank and East Jerusalem, this status has included, among many other things, having nearly every aspect of life, from building of homes to daily movement to places of livelihood, subjected to the strictures of Israeli military occupation.  For those in the Gaza Strip, the subjugation has taken a different form, in which Israel has maintained control of air, sea, and, with varying degrees of Egyptian regime cooperation, land access to the Strip.  With a suffocating blockade in effect much of the time, punctuated by the destruction of periodic military offensives, the Strip is one of the more miserable densely populated pieces of territory in the world.

Changes of Posture in Response to Pressure

The political and diplomatic positions of both sides have changed significantly over these seven decades.  Whatever movement there has been in a direction that would appear to make resolution of the conflict more possible has come in response to some form of force or pressure.  This has been true on both the Israeli and Palestinian sides.  A detailed accounting of such changes, and of the circumstances that have led to them, can be found in the excellent book by Nathan Thrall, a senior analyst with the International Crisis Group, published this year under the title The Only Language They Understand.

On the Israeli side, for example, Israel’s limited territorial withdrawals from Syria and the Sinai following the 1973 war were in response to the shock of military setbacks and vulnerability that the war exposed, together with pressure from the United States, which had been stung by the Arab oil embargo.  Menachem Begin’s acceptance at Camp David in 1978 of a framework for a projected, eventual negotiated resolution of the conflict was in response to pressure applied by Jimmy Carter and Anwar Sadat.  Yitzhak Shamir’s agreement in 1991 to attend a peace conference in Madrid was in direct response to pressure from Secretary of State James Baker in the form of a threat to withhold $10 billion in loan guarantees for housing for Russian emigrants—which, by the way, was the last time the United States applied this sort of pressure on Israel.

The record refutes the idea that reassurance to Israel is what is most required to obtain Israel flexibility regarding the conflict with the Palestinians.  But this idea persists because it is so politically comfortable here in the United States.

The same sort of dynamic has taken place on the Palestinian side.  The positions and postures of the Palestinian mainstream have undergone a great evolution from a refusal to have any dealing with Israel and the waging of armed struggle against it, to explicit recognition of the State of Israel, commitment to a negotiated resolution of the conflict, commitment to two states living side-by-side in peace, and even an acceptance of pre-1967 Israeli military conquests and a reduction of territorial aspirations for a Palestinian state to the 22 percent of land that was left.  The background to this evolution has been setback after setback to the Palestinians, including military defeats in Jordan and Lebanon, exile to Tunisia, and political weakness that is most apparent right here in the United States.

While the two sides have exhibited similar histories regarding the relationship between pressure and flexibility, we are left with a huge asymmetry.  There is an enormous difference in strength, obviously militarily but also economically and in terms of political leverage in the United States.

There has been a large difference in physical and human consequences.  Far more Palestinians than Israelis have died in this conflict.  Even going back to the Arab riots in Palestine in the 1930s, the ratio of Arabs to Jews killed was about ten-to-one.  The discrepancy has been even greater in more recent conflict.  During Operation Protective Edge, the Israeli military operation in the Gaza Strip in 2014, 2,100 Palestinians were killed, about two-thirds of whom were civilians.  Israeli deaths from all causes totaled 72, all but six of whom were soldiers.  The ratio in the last previous war in Gaza, in 2008-2009, was similar: 14 Israelis killed; over 1,400 Palestinians killed.

The asymmetry is also one between an occupier and the occupied.  This seems to get overlooked in mentions of whether Palestinian leaders want a negotiated settlement.  For the overwhelming majority of Palestinians, a negotiated two-state solution would be better than what they have now, and the overwhelming majority of Palestinians realize that it would be.  They also realize that an agreement negotiated with Israel is the only way a two-state solution would ever be reached.

Conditions that Palestinian leaders have sometimes attached to negotiations should not be that hard to understand.  A freeze on more construction of Israeli settlements is understandable because such construction obviously narrows the negotiating space for any peace agreement, and because nobody’s patience is unlimited for something called a peace process to be dragged out endlessly while more such facts on the ground continue to be established unilaterally, making a two-state solution ever harder to achieve.

Resistance to acceding to Israeli demands about calling Israel a “Jewish state” reflects how this demand was never made of Egypt or Jordan when they made peace treaties with Israel, how such descriptive demands are not part of normal recognition and diplomacy between states, how the PLO long ago explicitly recognized the State of Israel, how acceding to the Israeli demand would be an explicit Palestinian declaration that their Arab brethren within Israel are second-class citizens, and how such accession would be a step toward excusing Israel from accepting any responsibility, even symbolically, for the events of the late 1940s.