The Folly of an Expanded U.S. War in Syria 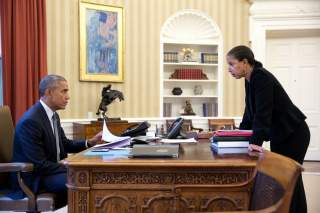 President Obama has repeatedly made adjustments to what he probably considered privately to have been the best U.S. policy toward armed conflicts overseas, as he has had to cope with the pressures from public discourse in Washington, to count his available political capital, and to decide which political battles to fight at home while also deciding which military battles the United States should fight abroad. He has adjusted too much in the view of some of his critics on the left, who have not been happy about the extension of the U.S. military presence in Afghanistan or the reinsertion of some U.S. troops into Iraq. Far louder criticism, however, has come from the opposite direction and has called for more, not less, use of military force in foreign conflicts, especially conflicts in the Middle East.

This latter criticism is partly a matter of the usual reflexive rhetorical attacks with a heavy partisan tinge, which seem to have become especially habitual when aimed at the current president. But there is an additional dynamic that comes into play no matter who is in the White House and that produces a bias in the Washington discourse in favor of more rather than less use of military force, notwithstanding the notice that may be taken from time to time of the public's lack of appetite for getting involved in another costly ground war. This dynamic partly comes out of the tendency to look at any problem overseas as not only a U.S. problem but also a problem the United States ought to be able to solve, and thus a black mark on whoever happens to be U.S. president. It comes as well from the false equating of doing something visible and forceful with the solving of a problem. There also are false equations between the use of military force and being tough, and between being tough and exercising leadership. There is the further luxury in opposition of being able to carp and criticize without the responsibility of implementing a policy that will actually improve matters. All of these patterns are accentuated at times of high emotional reaction to salient, jarring events, which is why they are especially apparent now in the wake of the terrorist attacks in Paris.

Mr. Obama, to his credit, is not adjusting his course in response to the current pressure to make the pseudo-tough move of significantly escalating U.S. military operations in Syria to battle the so-called Islamic State or ISIS, beyond the current carefully targeted airstrikes and the small special forces contingent that is already there. In particular, putting U.S. ground combat forces in Syria would be a bad idea for multiple reasons.

One reason is that it would not resolve the problem that it ostensibly would be intended to deal with, which is anti-Western terrorism conducted under the banner of ISIS. Whether an ISIS mini-state lives or dies in northeast Syria is not a critical variable that will determine whether radical and resourceful individuals and small groups determined to wreak havoc in Western cities will do so. Maybe something will yet emerge from investigation of the Paris attacks to suggest that the fate of the mini-state is such a variable, but so far nothing has. So far the picture is one of a Belgium-based gang being responsible for the attack, with only vague connections to Syria and not necessarily to an ISIS decision-making structure. If there is any evidence (and an after-the-fact claim statement is not it) of an order from an ISIS high command in Raqqa to conduct this operation, we in the public have not been told about it.

An expanded U.S.-led military operation would play directly into narratives favored by ISIS and like-minded radicals, about Middle Eastern Muslims being the targets of forceful domination by a predominantly Christian West. The United States should stand side by side with France with regard to the latter's role as a victim of terrorism. The United States has no interest in identifying with France as a colonial overseer of Syria in the interwar years, or a France that might be seen as trying to re-assert its dominance there. Problems of mistaken beliefs about a religious dimension of American intentions are made only worse by the abominable call from some presidential candidates to apply a religious test to decisions whether to admit refugees from Syria.

An expanded U.S.-led military expedition expands the radicalizing resentment, and the resulting recruiting ability of ISIS and extremist groups, from collateral damage from the military operations. This would be a result not only of a ground war but also a more indiscriminate air war. It certainly would be a result of following Ted Cruz's foolish advice that we should just not care about collateral damage.

The direct costs to American blood and treasure are what should be an obvious reason not to embark on something like a ground war in Syria, especially given the historical record of costs in such endeavors going well beyond what was originally projected. James Jeffrey, who calls for just such a U.S. ground war in an op ed in the Washington Post, assures us that this time would be different because, you see, an offensive in Syria would not be like those other messy endeavors but instead would be a “short,” “crisp,” “rapid takedown” of ISIS. We have heard similar assurances before. Reality has had a way of becoming much different from the images in the pre-war assurances. Shock and awe, anyone?

A reality in Syria is that rapidly taking down ISIS would leave the sort of chaos in that part of Syria that is itself fuel for radicalism, at least as long as the rest of the multifaceted Syrian war continues, and at least without a long foreign military occupation that would have huge direct costs as well as providing still more fuel for radicalizing resentment. Jeffrey is remarkably casual in brushing aside such considerations. All he has to say is that “while figuring out the 'day after' might be difficult and implementing any solutions costly,” he thinks a continuation of ISIS would be worse.

President Obama spoke trenchant truths at his press conference in Turkey on Monday. In response to a series of questions that were all just reworded versions of “Gee, those Paris attacks were really awful—don't you think you should do something much different from what you have been doing so far about ISIS?” Mr. Obama demonstrated much better understanding of the challenges involved than his “do something—anything” critics. In describing the nature of the terrorist threat we face, he explained, “It’s not their sophistication or the particular weapon that they possess, but it is the ideology that they carry with them and their willingness to die.” He acknowledged that the success of ISIS in establishing and maintaining its so-called caliphate is indeed a factor in the terrorist equation, but mainly as matter of perceptions; it makes the group “more attractive to potential recruits.”

Given that this is largely a problem of perceptions and beliefs and related emotions and resentment, it is important not to do things that only make matters worse along that dimension. In that regard, the president observed, “We play into the [ISIS] narrative when we act as if they’re a state, and we use routine military tactics that are designed to fight a state that is attacking another state. That’s not what’s going on here.” As for launching a U.S.-led ground war, Mr. Obama accurately said, “ We can retake territory. And as long as we leave our troops there, we can hold it, but that does not solve the underlying problem of eliminating the dynamics that are producing these kinds of violent extremist groups.”

The president also indirectly commented on the false equations that so much of the carping in Washington involves. He will not do things that “somehow, in the abstract, make America look tough, or make me look tough.” He is not interested, he said, “is posing or pursuing some notion of American leadership or America winning, or whatever other slogans they come up with that has no relationship to what is actually going to work to protect the American people.”

One of the oft-voiced but invalid comments about the previous administration's signature military adventure is that the escalation, several years into the Iraq War, that became known as the “surge” was an “act of courage” on the part of President George W. Bush. It was nothing of the sort. It was a way to tamp down temporarily the surging violence in Iraq and to hold it at a less egregious level long enough to get out of Washington and bequeath the remaining mess, including all the still-unresolved political problems in Iraq, to the next administration. President Obama, with just 14 months left in his presidency and getting all the political flak he is getting about ISIS, must feel tempted to do the same sort of thing now in Syria.

Think about it: if he did so he would not only take wind out of the sails of hawkish critics but also be able to claim a place in history as the leader who smashed ISIS. Of course, the terrorism and the chaos would still be there, as would an even messier and more complicated situation than before in Syria. But that would all be a problem for the next administration.